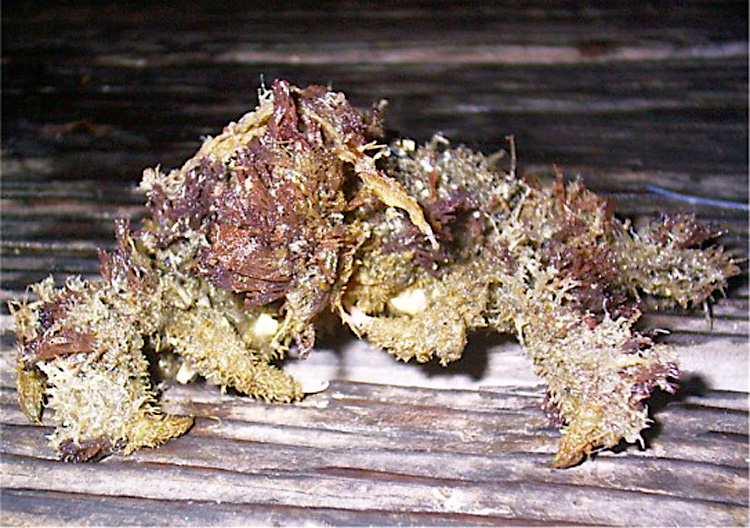 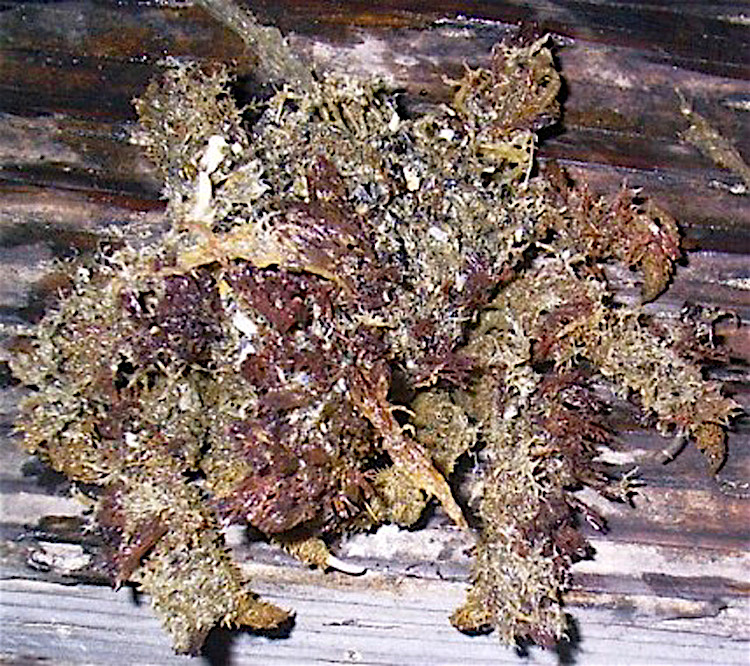 Crustaceans. Crabs are also available at this pier, generally mid-pier to the end. Spider crabs are pretty much available year round while rock crabs seem especially prevalent during the winter months. In fact, some of the regulars feel the pier is one of the most consistent piers in the area for good action on wintertime crabs. Bring a crab net and almost any bait. Some people like oily baits like mackerel or bonito trimmings/heads while others say those baits are too easily torn up by the crabs; they prefer the old squid or chicken necks. It’s a science for some but I really think almost anything will work.

As for lobsters, I’ve never heard too much about their capture at this pier although they should be available. Perhaps the amount of crabs reduces the amount of lobsters? Then again, there are piers like Santa Monica that are good for both lobsters and crabs. 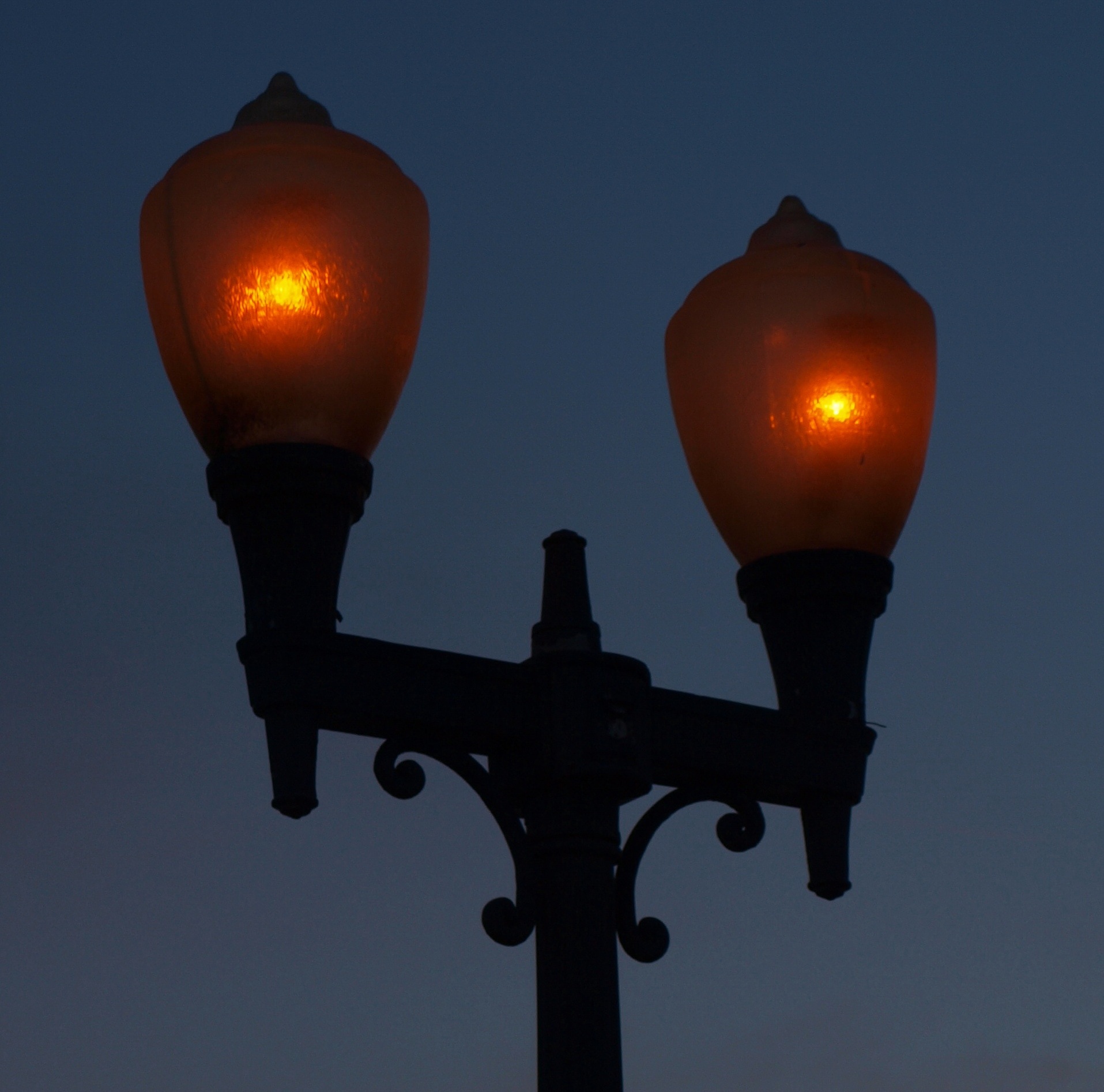 I’ve been to Seal Beach Pier for the past three Saturdays and every time I have caught huge shovelnose from around 6 p.m. to 9 p.m. The big shovelnose seem to bite well on small whole tom cods that I catch on Lucky Lura’s baited with either squid or small mackerel strips. Also, when I put the Lucky Lura just below the surface I caught some small smelt and mackerel. Strangely, I also caught a short halibut on the surface; I actually saw it come up for the Lucky Lura. Anyway, if you catch a small tomcod, cut some slits in its side and stomach then hook it through the head on a dropper rig and throw it out as far as you can. If you have a baitcast reel put it in free spool and put the bait clicker on. That way you will not lose your rig like I almost did last week. I also saw a couple of huge surfperch caught near shore; all were caught on bloodworms. I saw an old man also catch a nice sand bass at the end of the pier on a live tomcod.

Dear Ken, The action at Seal Beach has been slowly picking up, with a lot of Shovelnose, Croaker, Thornbacks, and some Halibut being taken. Most of the Halibut are still undersized, but I have seen a couple of nice keepers, one almost twenty pounds! Water temps are staying in the 63-65 degree range, but should slowly start creeping up as a few spots around the San Diego area have already seen occasional 67-68 degree readings (get ready for White Sea Bass and Bonito!!). I have already caught one WSB, but it was way undersize so it went back. Squid and salted anchovies have been rather productive; mackerel still not around in any great numbers, but if you can find it fresh in the store (thank God for Asian supermarkets!) that’s always a good bet too. Early morning and later in the evening have been the best times for the bite. Strange species award this month goes to my wife (!) who caught a needlefish last week. While not all that strange off So. Cal. piers, it’s still been awhile since I have seen one. Happy fishing!

Watch for the Grunion runs. That seems to bring them in. A couple of weeks ago out at Seal Beach Pier, my friend lost two (on 40lb test) and brought one up during a Grunion run. That one weighed in at 150-lb. I don’t know what you mean by freight train bat, but that works for me. I was there for the run that was supposed to start on the 14th, but the Grunion didn’t seem to know about it. I assume it started the next day or so. I haven’t been out since, but will be at Seal Beach pier tonight. It’s fairly occasional, but the big bats are there. We throw one or two whole squid on 40-lb test with 5-8oz weights; that seems to keep the thornbacks and eight-inch grays from bugging us.

Decent day at the pier today. Personally—1 Sand bass, 2 Thornbacks, 1 Lizardfish, 3 White Croaker, 2 Mackerel, 2 baby Grey Smoothhound and about 15 Salema, some of which were 6”-7” (which is pretty good size for Salema!) Saw a good-sized (about 3 feet) grey smoothhound landed and several undersized halibut. Salema were the rule today, as many people had several in their buckets. I did see one of the craziest things that I’ve ever seen today; these kids had “Pixy Stix” candy mixed with water and were injecting it into their bait and were smokin’ everybody on the pier. These guys were landing fish left and right! Their day did end abruptly, however, when after one of them landed a stingray and after being warned by yours truly about the stinger in the tail, one of them got stung in the wrist. I suggested they high-tail it home and gave them the first aid procedure for taking care of it. Memo to beginners: Stingrays are not toys, handle with caution!! Tight lines to all!

We hit the Seal Beach Pier this morning 5 a.m. till noon; the halibut were biting everything. One keeper was landed (24”) while dozens of undersize ones were being tossed back. There was some barracuda action on the end, while corbina and croakers were hitting in the middle of the pier. Many parents brought their kids and most of them had a great time jigging Lucky Luras and catching lots of queenfish. The weather was overcast with a mist all morning and the sun didn’t make a showing while we were there. The pier was crowded in the early morning and stayed that way, but still ample room to fish. It seems that Ruby’s is remembering to lock the end gate at night, but if your lucky there’ll be a delivery truck to break it open for you like this morning.

If you’re looking for halibut, use live bait and drop your line straight down almost anywhere along the pier. Corbina have been caught up in the surf and some sargo inside the breakwall lately. Perch bite has dropped off. The sharks and rays are generally taken more from the deep end, but do sneak into the shallower water depending on the tides, availability of bait, etc. Use live smelt, queenfish, chunk mackerel, or whole squid for the big boys and cast out as far as you can. There is an artificial reef along the deep end of the north side. That is the only spot I’ve ever caught bass, but watch for snags in that area. Never had a problem catching plenty of live bait with a Sabiki at Seal.

Finally made it out to a pier on Friday night as the Mrs. gave me a break from baby duty. Got to the pier with Grandpa about 4:30 PM and he waited a few minutes while I attempted to catch sand crabs on the north side of the pier. Big mistake. After about 15 minutes, I had maybe six crabs for my efforts. Went up on the pier and got him situated on the first benches over the water while I went back to try for more sand crabs. Tip: get your crabs on the south side of the pier. Even better under the pier, but watch out when big waves come in and crash into the pilings. Sends spray everywhere. Prepare to get wet and maybe bring some dry clothes. 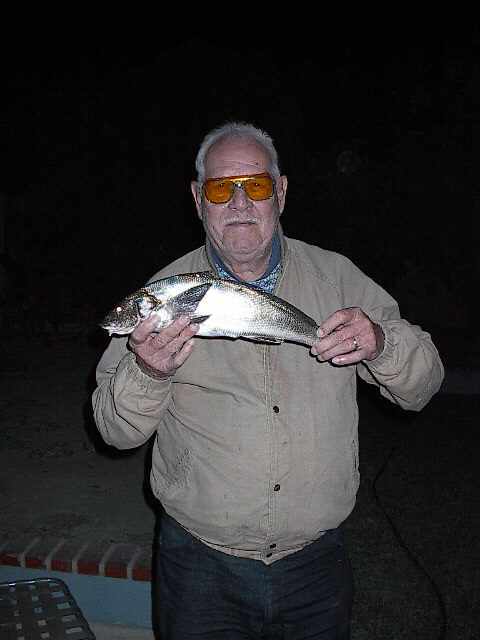 So we fished in the surf area for a few hours and I caught one 6” yellowfin croaker. We moved to the benches just opposite the tower and Gramps tosses out a larger sand crab on a #2 hook. Meanwhile I brought in a decent 11” yellowfin croaker, when BAM! Gramp’s pole goes off and he’s got a real fight on with his lightweight gear. Gets the fish up by the pier and we were reluctant to drop the net because the end of the seawall is right there. So he asks me to handline it up and I was nervous the whole time as I thought the fish would fall off at any second. It was just getting dark and at first I thought it might be a small WSB, but as I got it a ways up I could tell it was a big corbina. It was the biggest he has ever caught in 70 years of fishing the Pacific and would not part with it. (Sorry Mola Joe) Grandpa was real excited as he doesn’t fish much any more and usually has rotten luck when he does. Caught a few more small croaker on sand crabs and thin strips of squid. 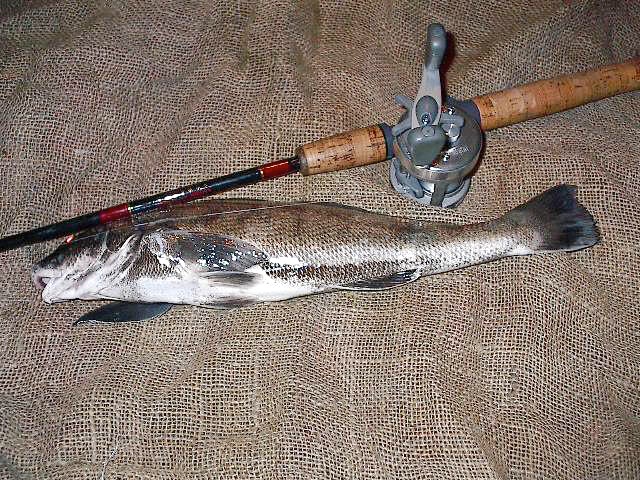 I caught a 12” stingray and 14” leopard shark with whole squid on a 6/0 octopus hook. Missed the hookup on a few good runs. Saw a small bat ray and lots of tiny yellowfin croaker caught. Beautiful evening as the wind was mild after sunset. Left about 10:30 feeling pretty good to see an old guy so happy. Jim

Date: November 13, 2001; To: PFIC Message Board; From: jimbojack; Subject: Biggest Fish From A Pier

Big skate — 32″ wingspan, 42″ length. Estimated weight at 25 lbs. I got this beast last January or February. I caught it from the Seal Beach pier out near the bait shack. Bait was chunk mackerel I think. It’s not my longest pier fish, (I’ve caught longer sharks) but it was certainly the heaviest and best fighter from a pier. Made a few good runs and I thought I was tangled up on the pilings, but managed to pull him out. My arms were tired! My grandma took the pictures with her camera and just got the film developed. If you have never eaten a skate, you should try it. Very tender white meat, a little stringy like crab, very delicate flavor, and not fishy at all. Jim

Didn’t get a chance to post until now. My daughter who just turned seven months cuts into message board time. I don’t mind one bit. Got out to the pier with my grandpa about 4:30 PM and it was a little breezy. He went on the pier, I went for the shore. Very few sand crabs and very tiny. I was putting 4 at a time on my # 6 hook. Only a few subtle hits and no hookups. Maybe I should try Mola’s technique and let it go in freespool as it seemed the fish were just mouthing the bait. Tried lugworms and grubs with no luck. Went on the pier at dark and met a guy named Nick. He was at the fish cleaning station with what looked to be some good-sized corbina and yellowfin croaker which were beheaded and gutted.

Grandpa hadn’t caught anything except for some smelt. He was way out by the bait shack. We fished for a while using a variety of baits, and I was beginning to think I would get skunked. The wind died down and it was beautiful. Slow until about 7:30, I remembered the lugworms and tried those. Started getting queenfish like crazy. Got a bite and thought it was a mackerel on steroids, but turned out to be about a 10” [yellow snake] eel. Threw him out live for shark bait but no luck. Grandpa pulled in a small corbina about 9″ and about a minute later I got another corbina about 18″. Grandpa got a good sized round stingray on chunk mackerel. The rest of the night was a few thornbacks on mackerel and squid and queenfish on worms. Jim