Ken is an educator, writer, and former business owner. Born in Indiana (so an Indiana Jones), he’s lived most of his life in California where he has been a fisherman for more than 65 years. He’s been married for 56 years to his lovely wife Pat, he’s the father of Mike and Kim, and grandfather to Serena, Adam, Daphne and Katie. He also has six foreign exchange children— Marjaana (Finland), Martin (Denmark), Chris (Truk Island), Monika (Poland), Denisa (Slovakia) and Kimiko (Japan).

Author of Pier Fishing in California, 1st and 2nd editions, and owner/ operator of the Pier Fishing In California website (pierfishing.com). He’s fished on 130 saltwater piers in California and caught 132 different species from those piers. If the Carquinez Strait/Suisun Bay/West Delta piers are included, it would be 137 piers and 143 different species. To his friends and followers he’s earned and is honored by the title of head “Pier Rat” and “Skipper.” 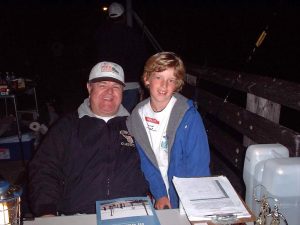 He’s also the owner/operator of the fishing blog—kenjonesfishing.com 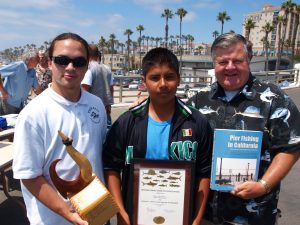 Ken graduated with a B.S. in Human Relations and Organizational Development from University of San Francisco and a M.S. in Curriculum and Instruction from Dominican University of California.

His favorite motto is “The Largest Room In The World Is The Room For Improvement.” 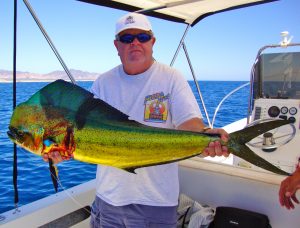 Selected articles written by others which reference Ken Jones.