Perhaps the most famous angler to use the old Hermosa Pier was the “silver-tongued” William Jennings Bryan. The former congressman, Democratic candidate for President (1896, 1904, and 1908) and Secretary of State, was known as the “Great Commoner” and evidently that was a good name for him. Bryan liked to spend his summer vacation months at Hermosa and would show up most mornings at the pier, dressed in overalls and a straw hat, and spend his time fishing and telling stories for the listeners.

The most famous fish from the pier was undoubtedly a showstopper, a 427-pound black sea bass taken on May 16, 1921 by a visiting angler from Amarillo, Texas. It isn’t recorded if Mr. Bryan ever hooked one of these giant fish but if he had he might have been speechless for the first time in his life. As for the Texan, well for once in his life he may not have had to exaggerate.

Eventually however, the cycle that affects most California piers once again raised its ugly head. Storm damage and old age led to the condemnation and eventual demolition of the old pier. But the city wasn’t finished. It purchased the beach surrounding the pier, and together with the California Wildlife Conservation Board, built a new pier that opened in 1965. The pier’s price, $600,000, seems a bargain today when multi-million price tags prevent the construction of several piers. Damage does still visit the pier: it was closed for extensive repairs in 1999 and didn’t open until the late fall of 2000. 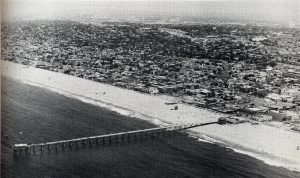 What’s interesting in looking at the old pictures of the pier is not that the pier has changed (and it has), but the bigger change is seen in the background views of Hermosa Beach itself, that’s what has really changed. 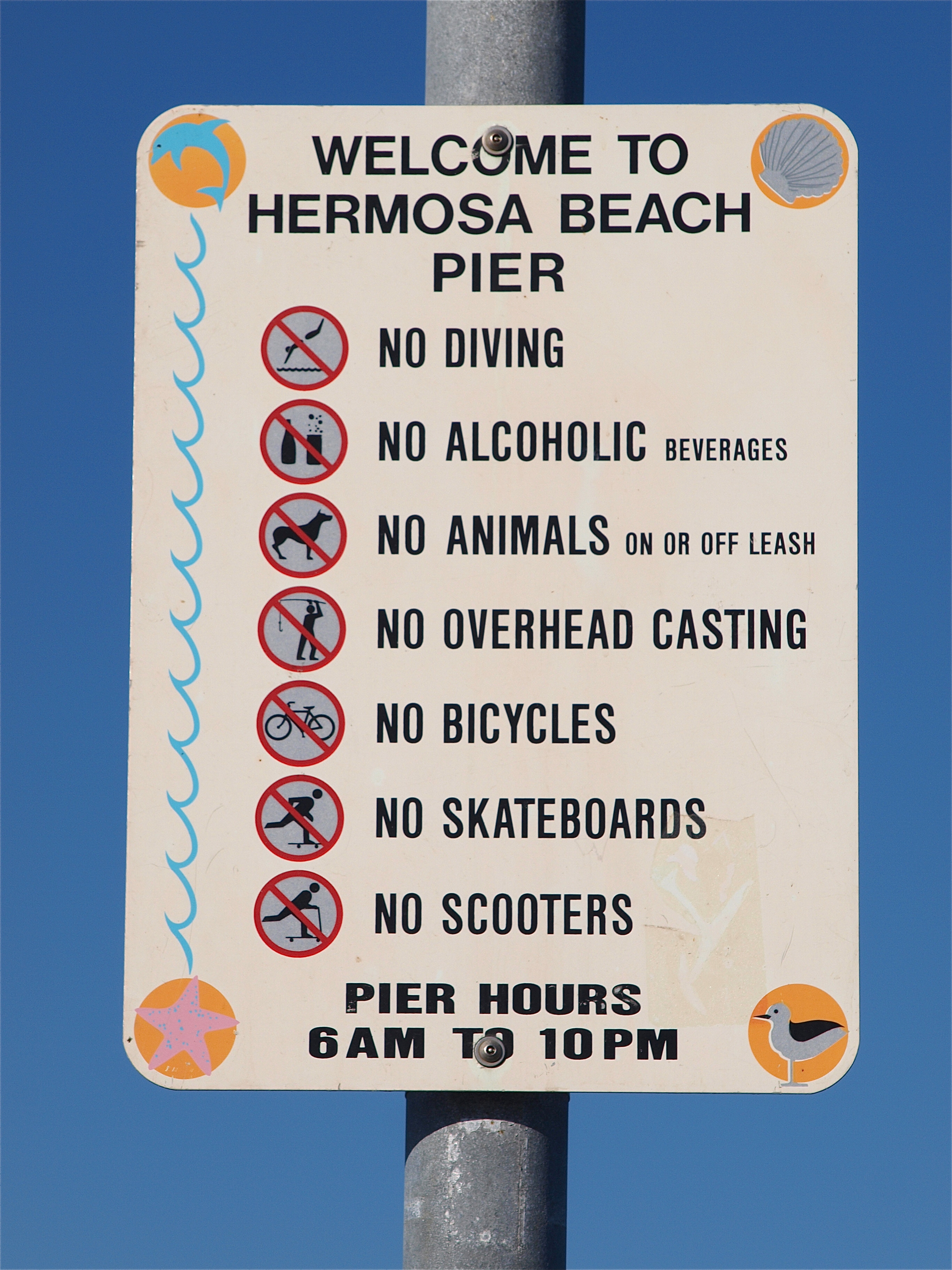 Facilities: There are lights, benches, and fish-cleaning stations on the pier. Restrooms are found near the front of the pier. Parking is available adjacent to the pier at a cost of $1 an hour in the parking lot. Some metered parking is also available on nearby streets; most are $.50 an hour with a 2- or 3-hour maximum. As mentioned, finding parking can be a problem during the summer, especially on weekends. The best bet is to arrive very early in the day.

Handicapped Facilities: Some handicapped parking near the pier but non-handicapped restrooms. The pier surface is cement and the rail height is 40 inches. Posted for handicapped.

How To Get There: Take the Pacific Coast Highway (Hwy.1) to Pier Avenue and follow Pier Avenue west to the pier.