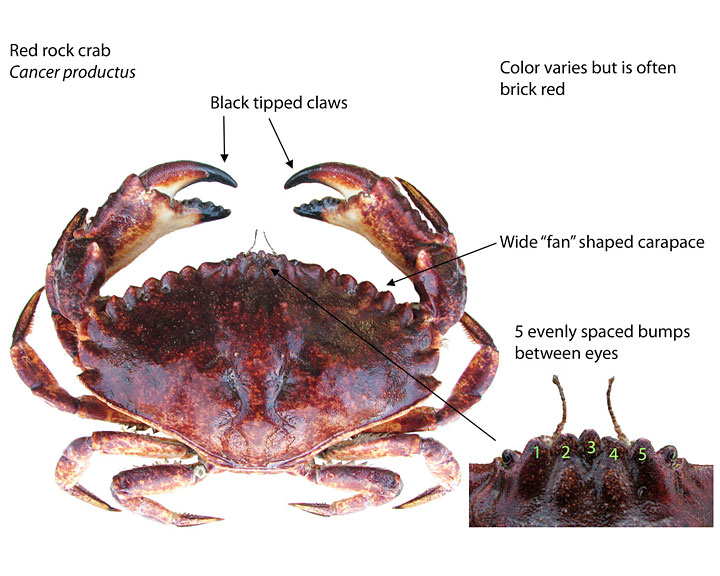 Identification: Red crabs have a wide, hard shell with large, black-tipped pincers on the claws. The hands of the claws are rough, particularly above, but not saw-toothed as in the Dungeness crab. They are identified by their large broad tail flaps (although the tip of the last segment of the tail flap is pointed in both male and female). Adult red crabs are generally brick red above with an underside that is yellowish white with orange-red blotching’s. Young crabs may show many different color patterns including white, and some show up with spots or stripes. The tail flap in the female has a great deal of red, as does the tail flap of the female rock crab. The red blotching’s on the underside of the red crab are not to be confused with the distinct red spots found on the underside of the rock crab. 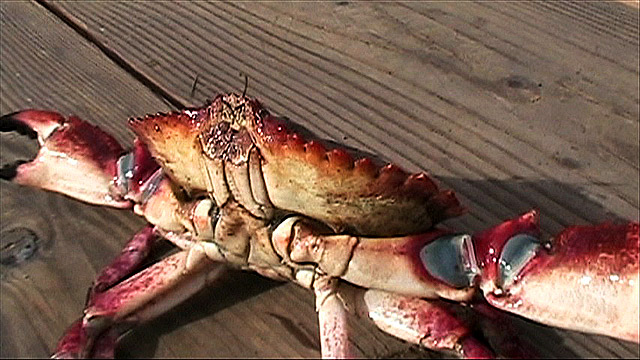 Habitat: Although recorded from the low intertidal zone down to a depth of 300 feet, primarily lives in shallow inshore environments on rocky substrate—rocky reefs, boulder-strewn beaches, and gravel beds (they cannot live on bottoms of mud or pure sand). They do not tolerate low salinity as well as some crabs and thus are not seen in estuaries as often as some species. Red crabs are carnivorous and will eat almost anything including barnacles, small crabs, and dead fish. Apparently one of their favorite foods are green crabs, which is good since green crabs are an invasive species that should be eliminated. Rarely are the two species found in the same estuary habitats. 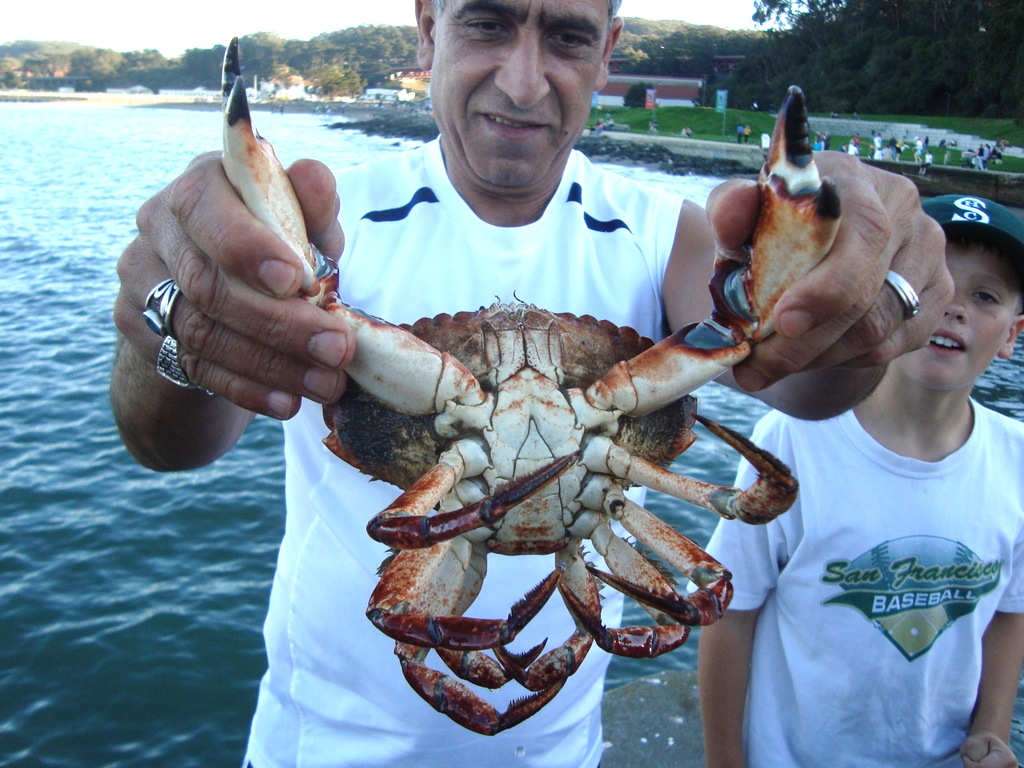 Piers: Found at piers located in rocky areas, primarily those from Santa Barbara north. A considerable number of these crabs are taken at rocky-area piers in San Francisco Bay, Tomales Bay, Bodega Bay, and Humboldt Bay. They are taken at Trinidad Pier north of Eureka, and around Citizen’s Dock in Crescent City; they are the main “rock crabs” taken in northern California. Although it would seem to be a natural area, I have seen few of these caught at the Point Arena Pier.

Shoreline: A commonly encountered crab while fishing in rocky areas of the central and northern coast but rarely sought out by anglers due to the difficulty of using crab hoops and snares in such areas.

Boats: Available to boaters in rocky areas but generally they take a backseat to those seeking out Dungeness crabs. 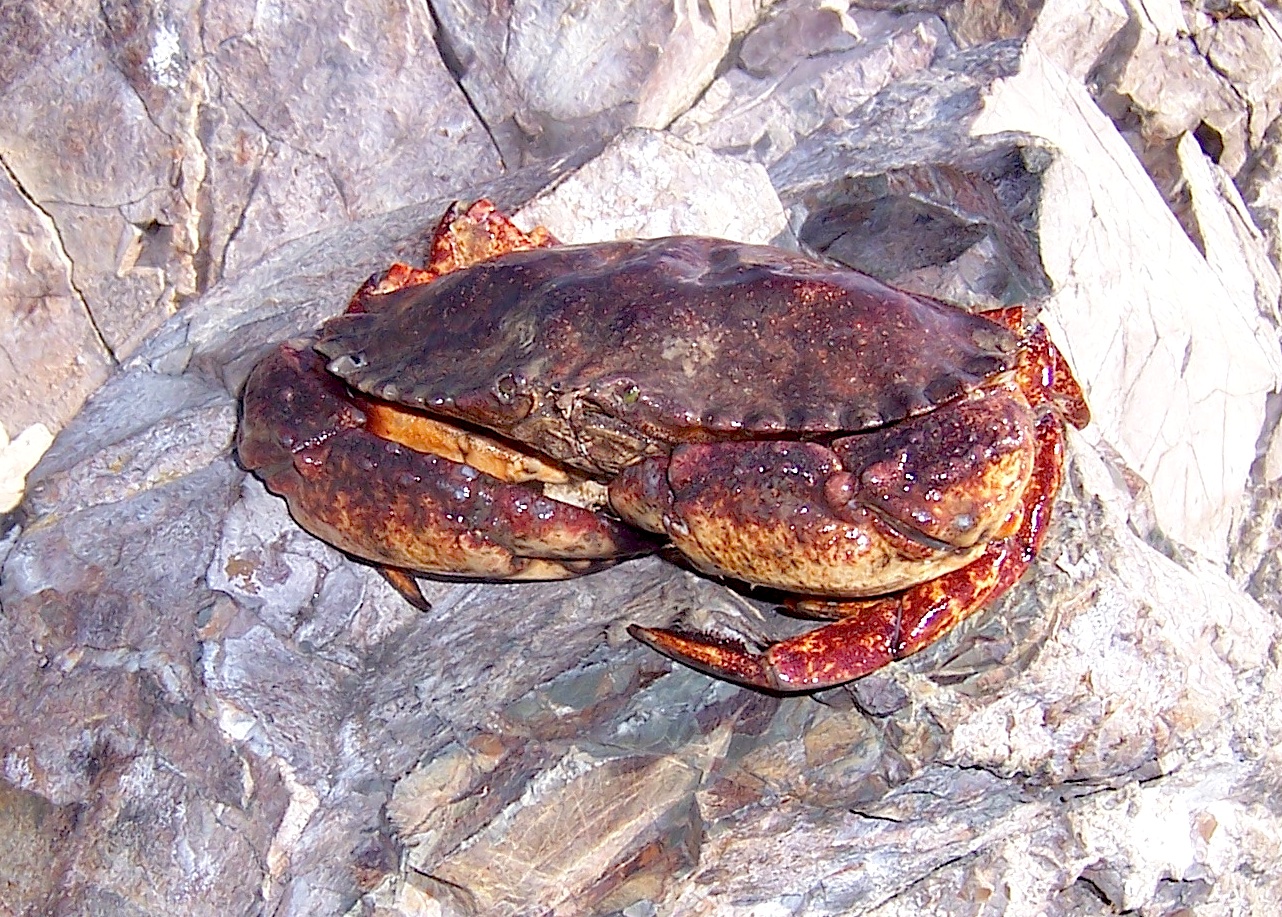 Rock Crab from the Elephant Rock Pier in Tiburon

Food Value: Although sport fishermen are able to catch large numbers of these crabs, commercial fishermen land few. Red crabs yield a lower amount of flesh than Dungeness (almost all is found in the claws and legs) but the meat has a slightly sweet, delicate flavor that is delicious.

See the following for more information on cooking crabs as well as recipes: https://www.pierfishing.com/msgboard/index.php?threads/recipes-for-crabs-%E2%80%94-dungeness-red-crabs-rock-crabs-and-spider-crabs.275/ 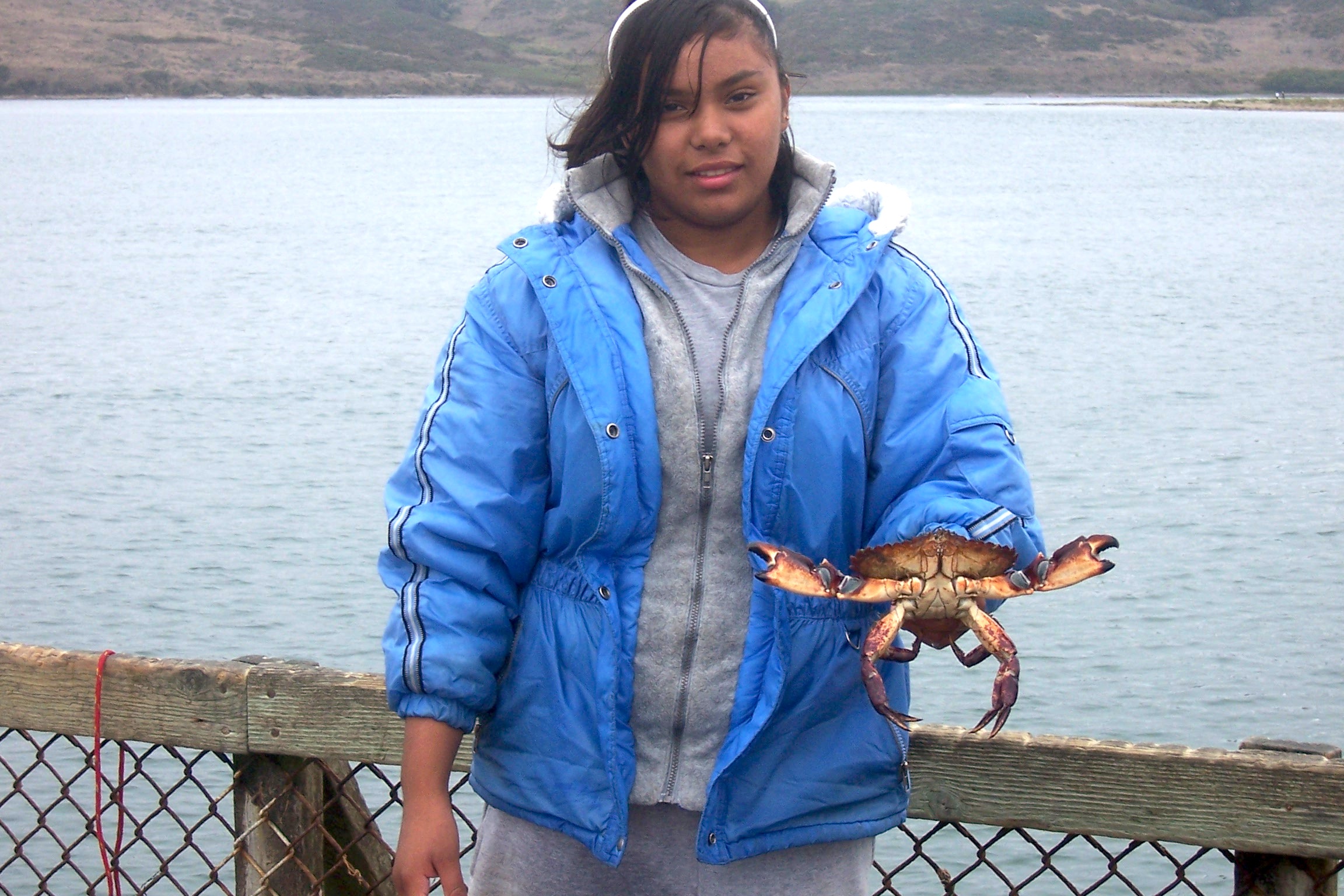 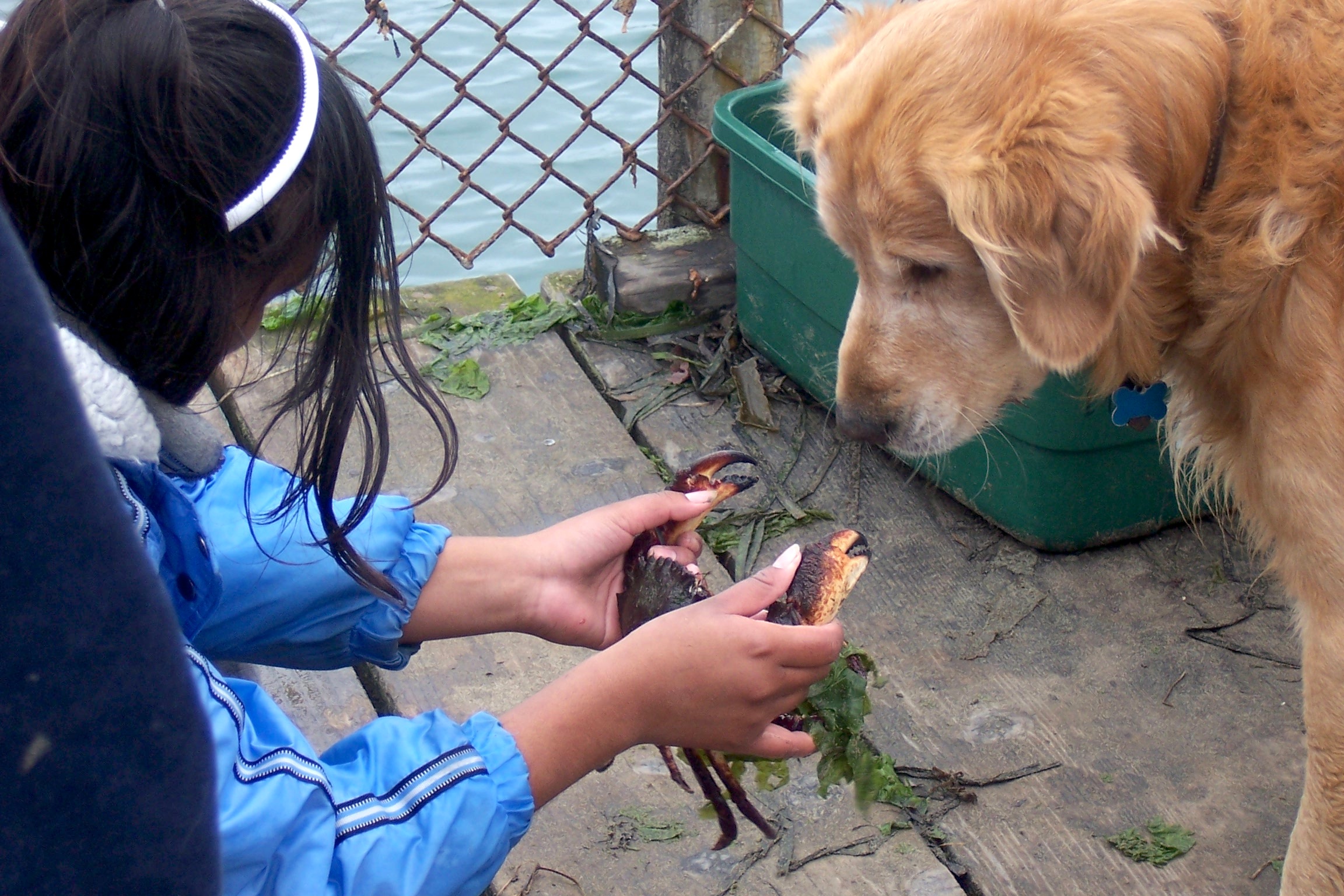 Red Crab from the Lawson’s Landing Pier in Tomales Bay

Comments: Together with rock crabs they make up the majority of crabs caught by sportsmen. Red crabs are larger but less numerous than rock crabs 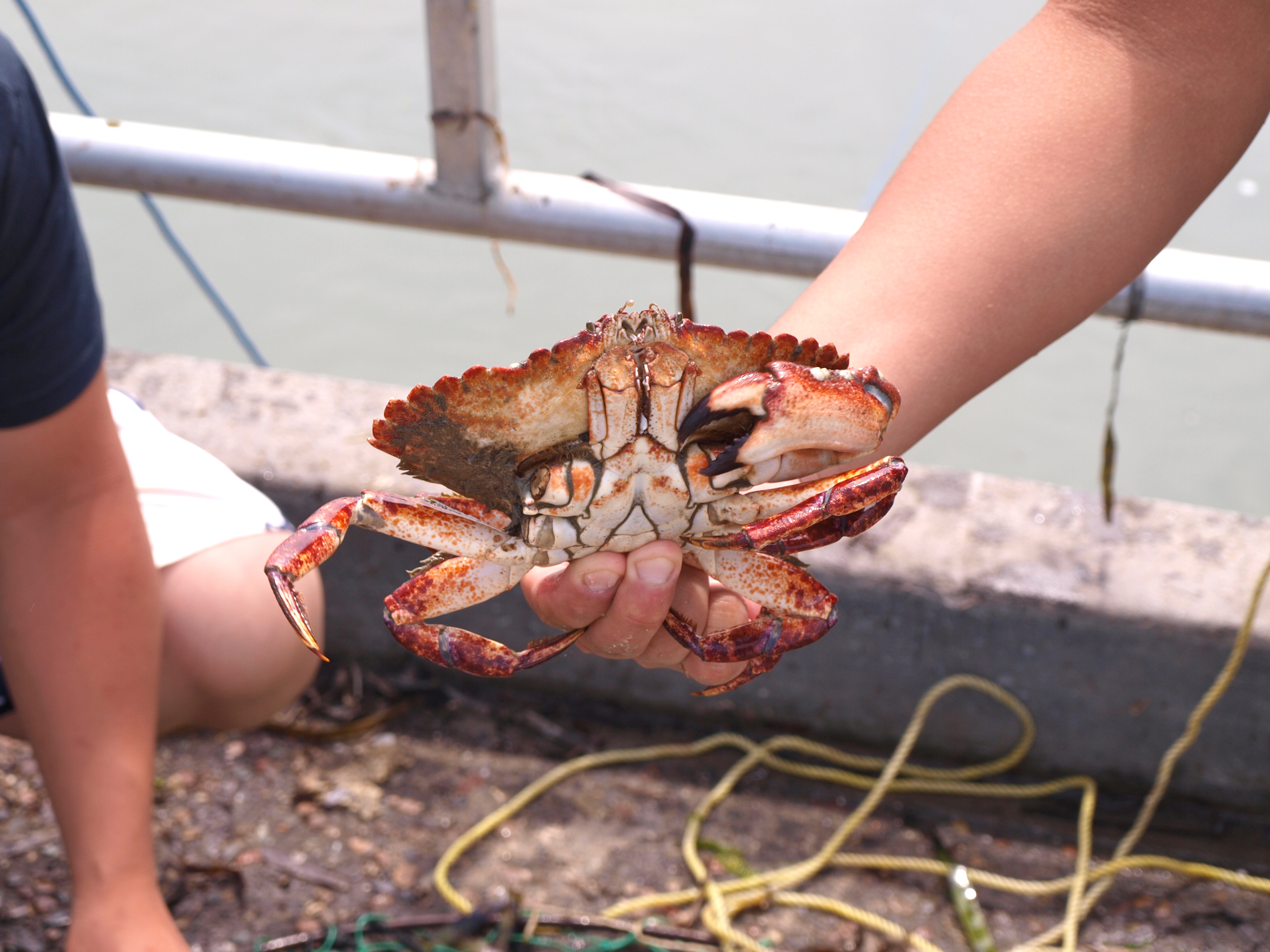 Red Rock Crab from the Del Norte Pier in Eureka