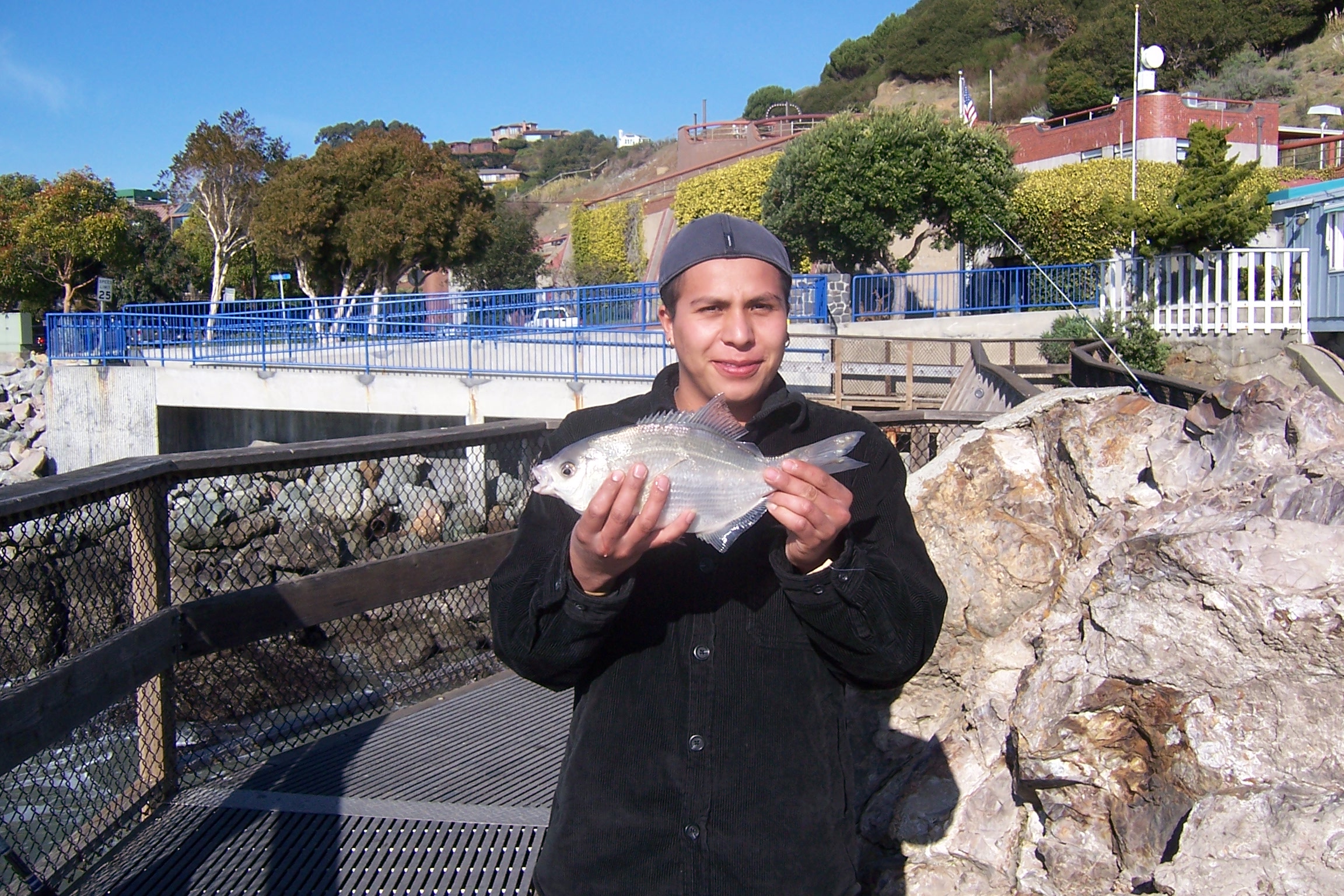 White seaperch from the Elephant Rock Pier in Tiburon

Habitat: Shallow-water areas both oceanfront and in bays, especially around combinations of rocks and fine sand. Recorded to a depth of 282 feet. Tends to form small schools. 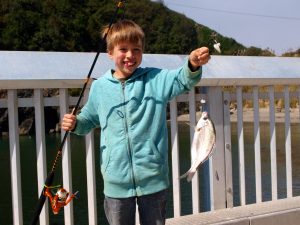 A white seaperch taken at the Trinidad Pier

Shoreline: A common catch for shore anglers throughout the state, especially in bays.

Bait and Tackle: Normal gear is a high/low leader equipped with size 6 or 4 hooks fished on or near the bottom. White seaperch are not as finicky as pileperch or other seaperch and will take a wider variety of baits. However, live seaworms, fresh mussels, and live shrimp are the best bait.

Food Value: Large enough to eat with flesh that is mild in flavor with small flakes and soft texture. They taste best during the non-spawning season, are low in fat content, and can be cooked using most methods.

Comments: White seaperch are often found together with pile perch and blackperch. 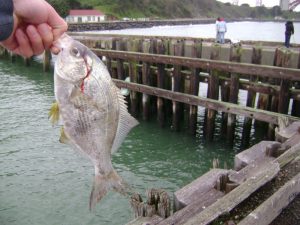 A white seaperch from the Fort Point Pier in San Francisco