Identification: Typical eel shape. Adult fish have a lumpy ridge on the top of the head. Dorsal fin is about half spines and half soft rays. Uniform dull black, olive or gray with 2 darker bars radiating downward from the eye. Some fish have been noted with orange spots on the body or orange at the edge of the fins. 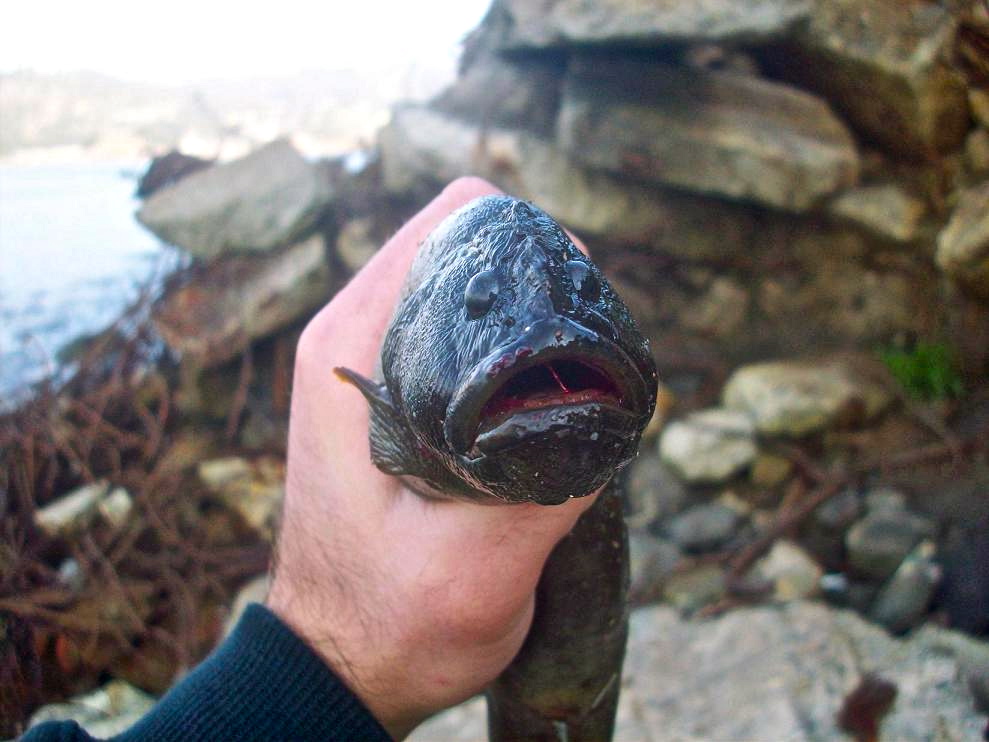 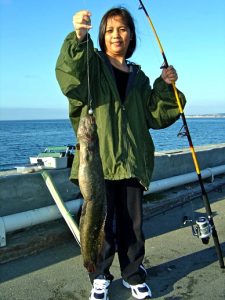 Food Value: Excellent eating. Mild flavored, white colored flesh with no apparent flakes and a very firm texture. The flesh has low fat content and can  be cooked many ways but poaching and steaming are favorites.

Comments: Very hard to catch from a pier. Will strike bait and then immediately head back to its rocky lair. Anglers must strike quickly and then keep the pressure on the fish to force it away from the rocks. More commonly caught by “poke poling” in rocky areas along the shoreline.