Identification: The slender crab has a very broad and oval-shaped shell with dull tooth-like protrusions toward the front of the shell and slender walking legs. They and Dungeness crabs are the only two members of this group of crabs whose chelae (claws)  are white tipped. The tops of the claws are sharp-edged, with two or three prominent teeth, but these edges are not the saw tooth-like serrations seen in Dungeness. Female crabs can be distinguished from males by the broad tail flap on their undersides, which are used for protecting their eggs when they are gravid. Due to their relatively small size, slender crabs are frequently mistaken for juvenile Dungeness crabs. They can be distinguished from Dungeness by their (almost always) hairless legs; Dungeness have hair on the posterior three legs. In addition, in the slender crab the last segment of its tail flap is pointed, where that of Dungeness is curved. The slender crab usually has a shell that is olive brown and legs that vary from yellowish brown to purple. The underside is white or yellowish white. 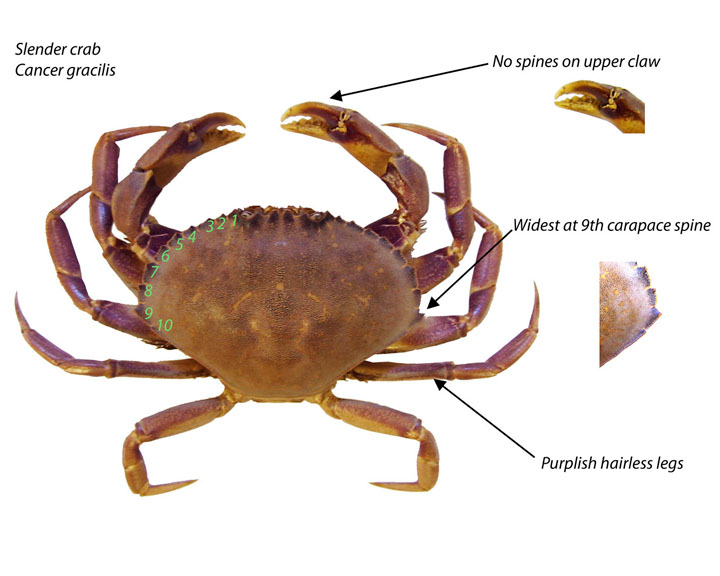 Photo courtesy of Oregon Department of Fish and Wildlife

Habitat: Recorded from intertidal depths down to 570 feet but primarily found in shallow inshore environments—sandy and muddy bottoms, eelgrass beds and kelp beds. They do not tolerate low salinity brackish environments as well as some species and are usually not found in estuaries (although seasonally found in sloughs and bays). 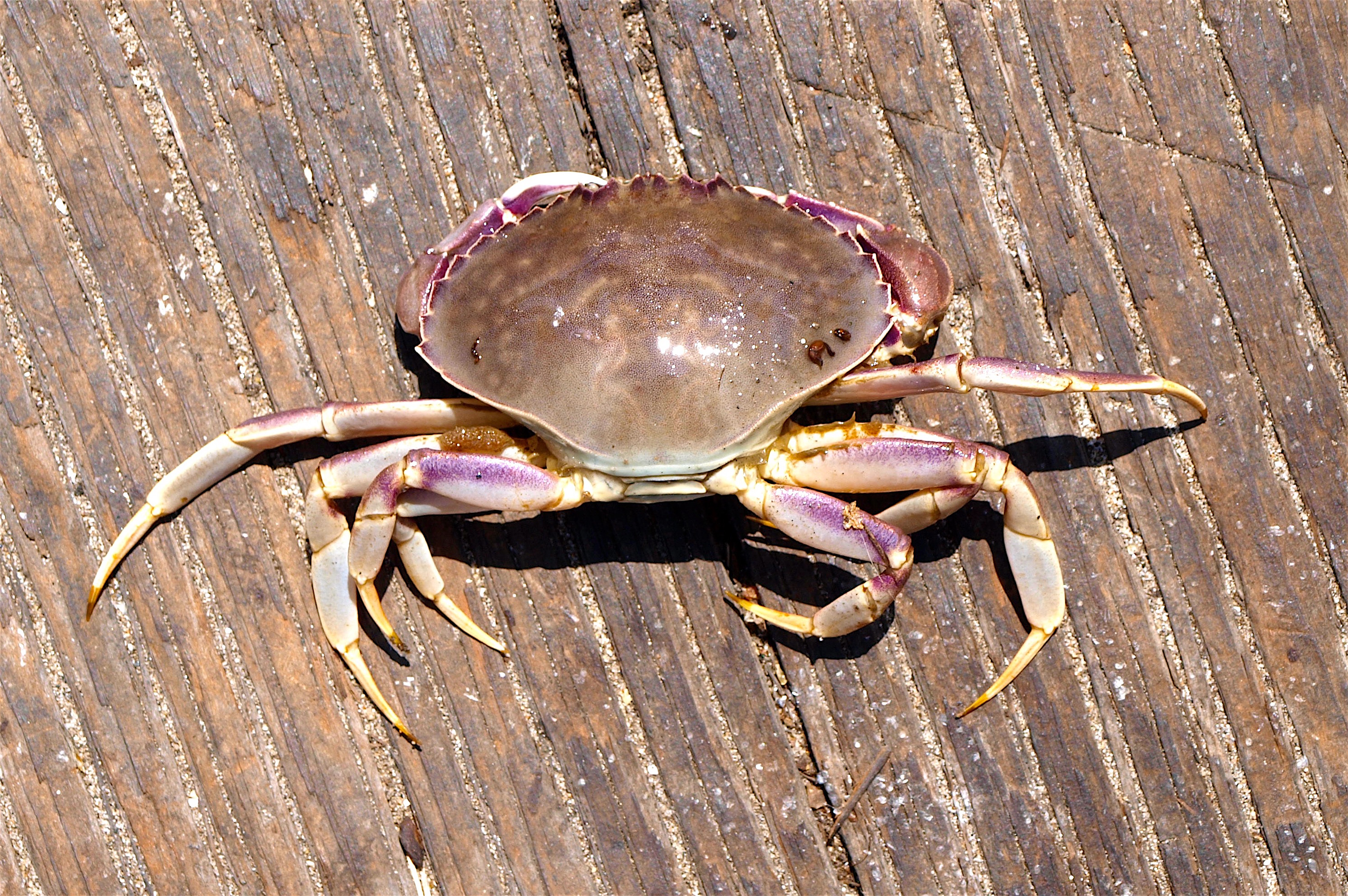 Slender Crab from the Capitola Wharf 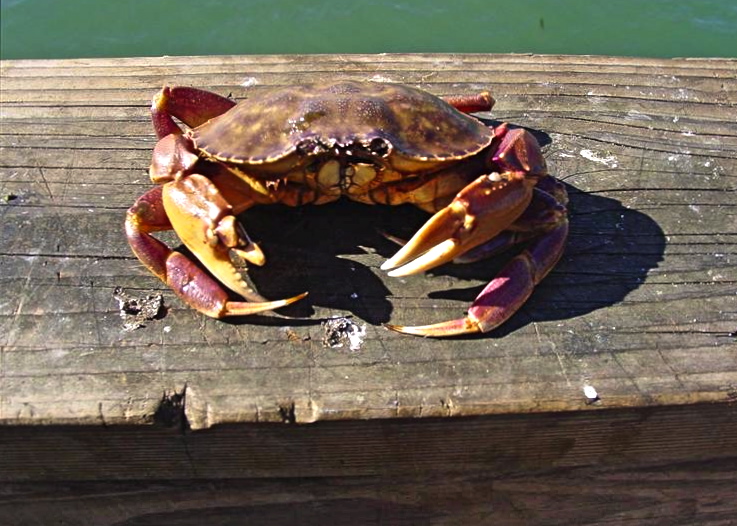 Food Value: Although taken by recreational anglers, most are under the required, minimum 4-inch size (only males reach the maximum 4.5-inch size). It’s generally best just to release them.

Comments: Predators reported include such fish species as cabezon and starry flounder (and there are undoubtedly many more), some sea stars, octopus, pinnipeds and otters.