Identification: Sheep crabs have a large, hard oval-shaped carapace shell that tapers down to spine-like points on its bent snout. All kinds of bumps (tubercles) cover its body along with a variety of growth. As juveniles, sheep crabs camouflage themselves with barnacles, sponges, hydroids and algae; adult sheep crabs are a little more refined and often have a film of green algae on the shells. Some speculate that the name sheep crab comes from the wool-like covering of algae. The crab has eight long legs and two claws. 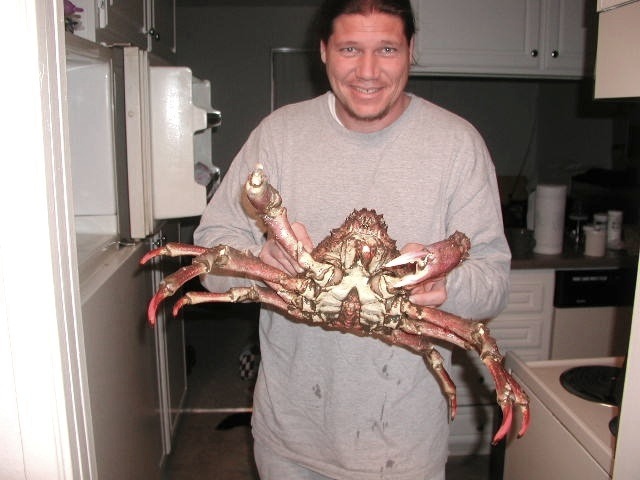 SanClementeEric and a sheep crab from the San Clemente Pier 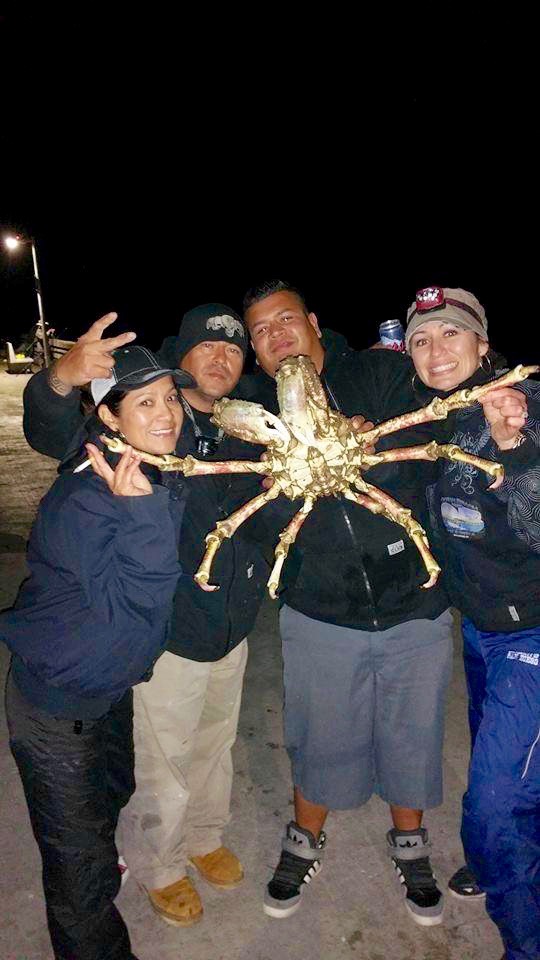 Spider crab from the Ocean Beach Pier in San Diego

Habitat: Recorded from the low intertidal zone down to a depth of 410 feet with favorite haunts including haunts and pier pilings. Males spend the winter months in deep water while males and females migrate to shallower water in the spring. Like most crabs, they are scavengers that feed on almost anything they can find including starfish, clams and octopus. 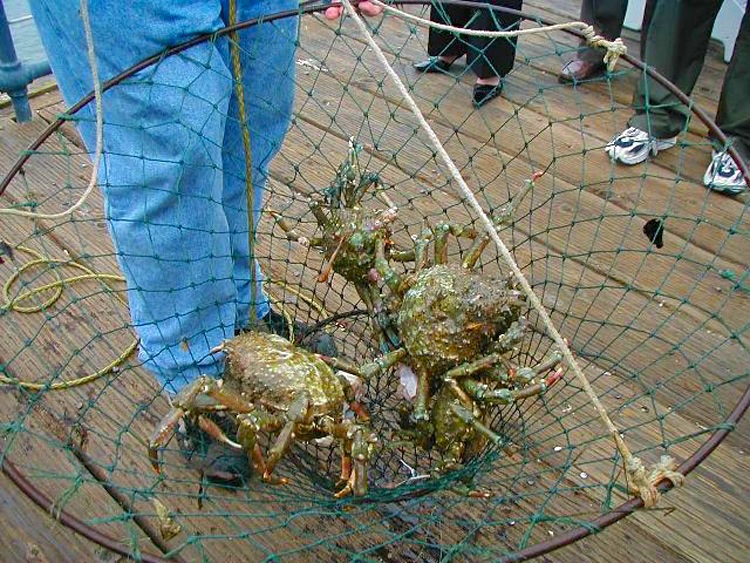 Boats: Taken in shallow, sandy-bottom areas 30-70 feet deep in the spring and summer; deeper water 120-240 feet in the winter. 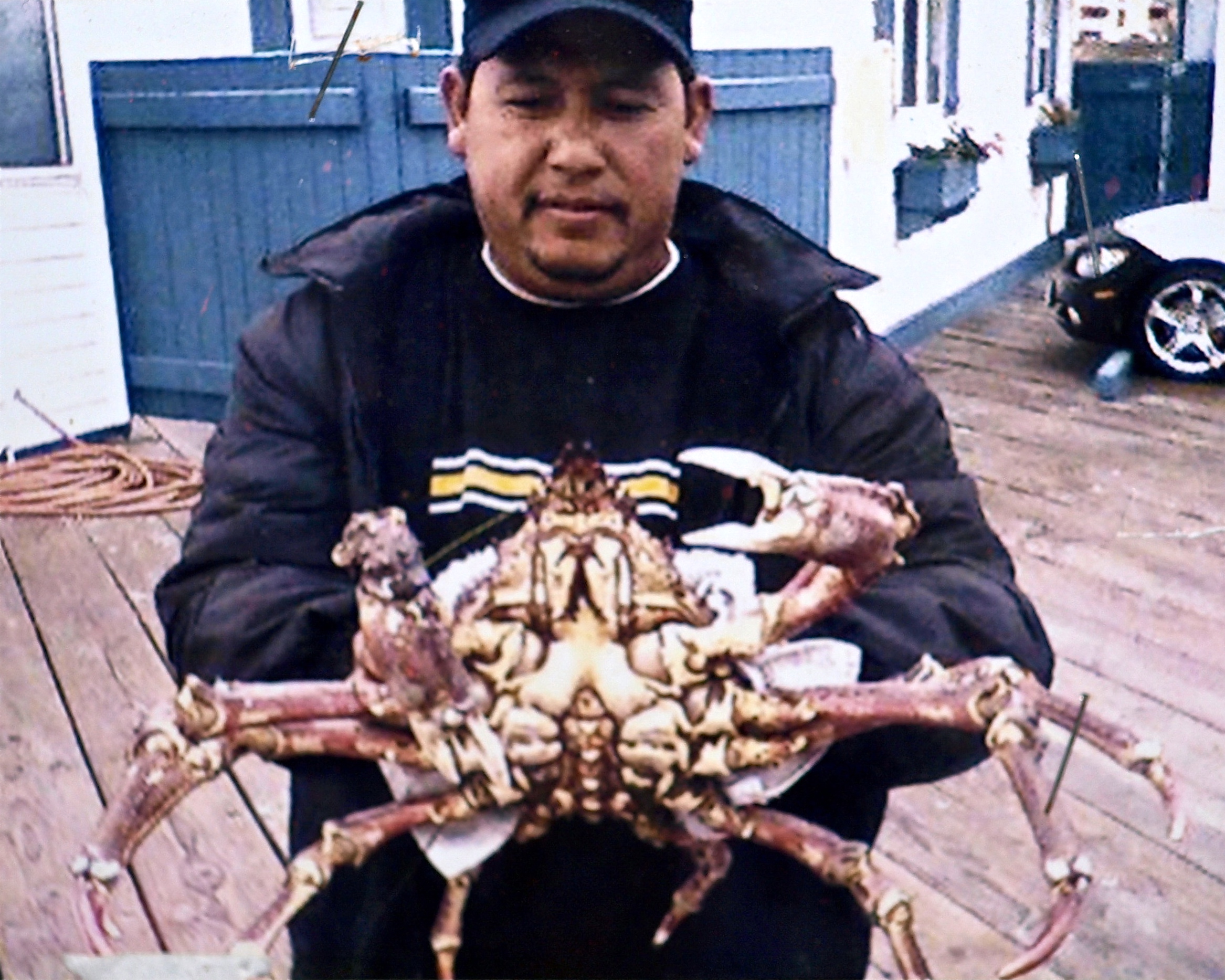 Spider Crab from the Crystal Pier in San Diego

Food Value: Surprisingly delicate flavor and firm texture from the meat in both the body and the legs. However, it’s somewhat of a task to clean the heavy, thick shells of sheep crabs. Sheep crab became an important commercial species in the 1980s but when gill and trammel nets were banned in 1990, the commercial catch plummeted.

For additional information on cooking spider crabs (and other crabs) as well as several recipes see: https://www.pierfishing.com/msgboard/index.php?threads/recipes-for-crabs-%E2%80%94-dungeness-red-crabs-rock-crabs-and-spider-crabs.275/ 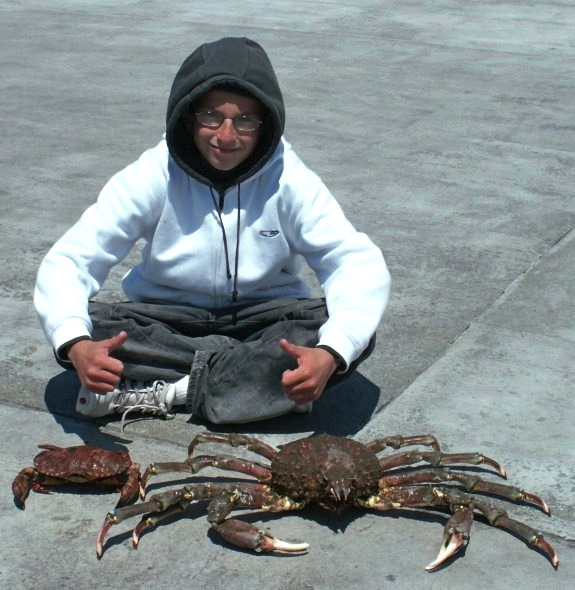 Comments: One of the earliest lessons I learned when fishing at the Newport Pier was that we don’t always catch what we think we are going to catch. Not only was this true regarding fish but also in relation to a number of other strange and unusual creatures. One of the most common catches at Newport was the ugly and often fairly large spider crabs (at least they were called that by most fisherman). Although no one, to my knowledge, actually crabbed for them with nets, most days would see a few of the long-legged beasts grab hold of bottom baits intended for fish. The majority of anglers would be perplexed with the heavy but not exactly fighting weight on their line, and then watch in disgust as the creature let go of the bait halfway up to the pier’s surface. Sometimes the crab made it up to the pier and people would rush over to see the “gnarly” looking creature (whose shell would sometimes be covered with barnacles, sponges, hydroids, algae and other growth, including anemones). I’m not sure how many people actually took them home to eat (although the large crabs are delicious), but their catch spiced up the action and provided conversation for those who had never seen the creatures before. 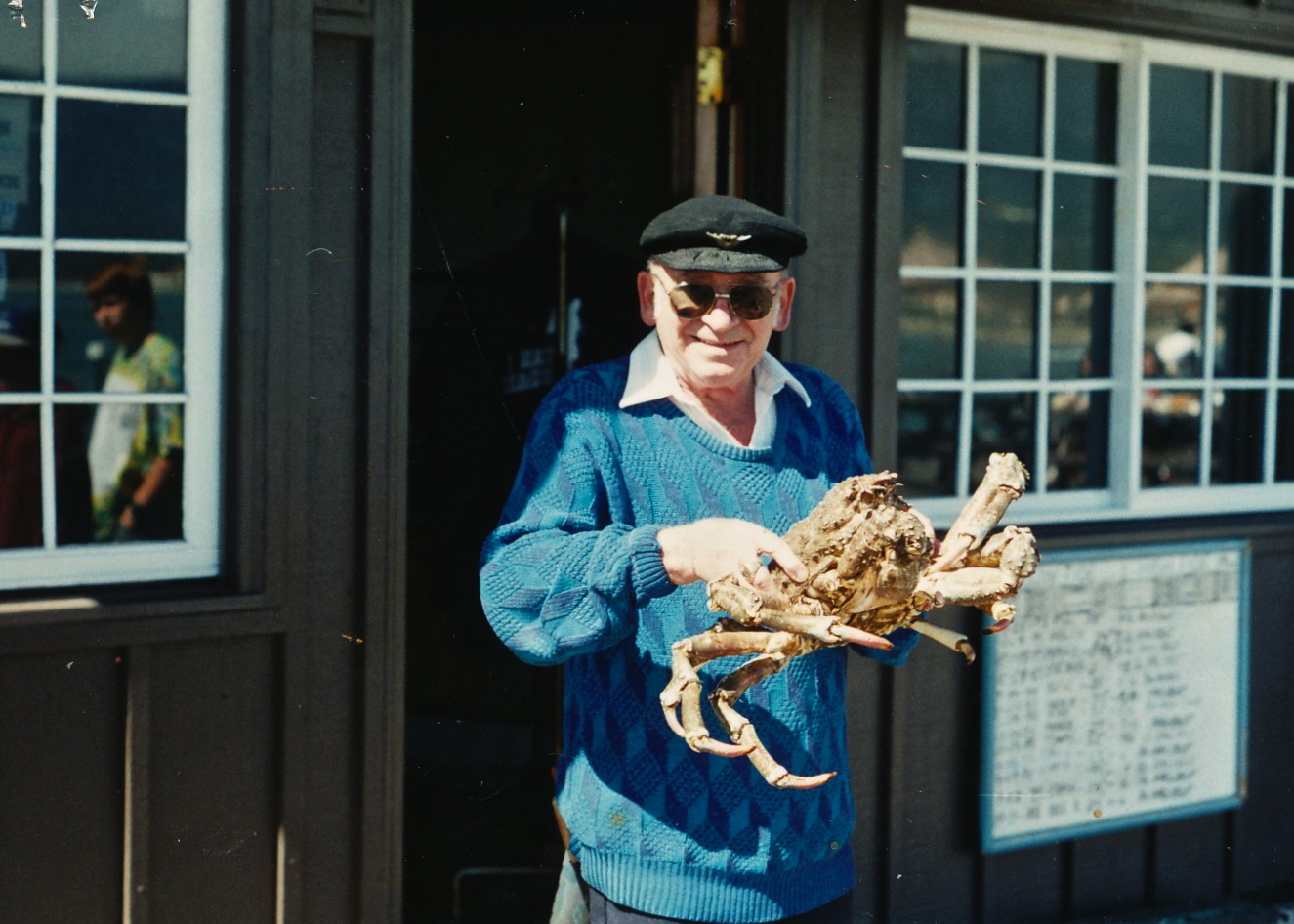 Do spider crabs and stingrays hang out together (it would make an interesting bar scene in an aquatic version of Star Wars)? That unusual question arose one early summer day in 1996. I had been fishing out at the end of the Redondo Sportfishing Pier for bonito and mackerel. Unfortunately, those fish were not cooperating and I eventually decided to try on the bottom. There, I soon began to catch what seemed to be a seemingly numberless assemblage of small speckled sanddab. Next to me set a guy who was crabbing and he had three buckets full of large spider crabs. On one drop to the bottom I hooked something heavy and as I pulled it up realized it must be one of the crabs. Sure enough, it was, but it wasn’t really hooked. Mr. Spider Crab had grabbed hold of a sanddab on my hook and didn’t want to let go. Following about two to three feet behind the crab was a large round stingray. Halfway to the surface of the pier the crab released its pincer-hold on the fish, and the crab, together with his companion, the stingray, drifted slowly out of sight. I had seen a similar occurrence a few years ago at the Port Hueneme Pier. Did the spider crabs and stingrays have a thing going, were the stingrays just nosy, or was a form of symbiosis taking place between these two quite different species? Unfortunately, I do not have an adequate explanation for these soul-searching questions. 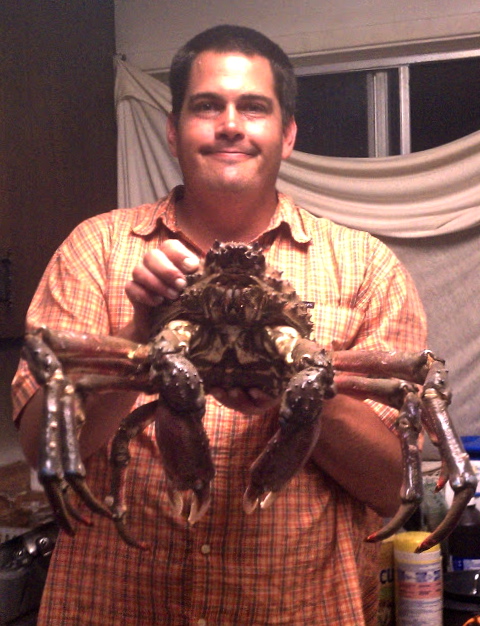