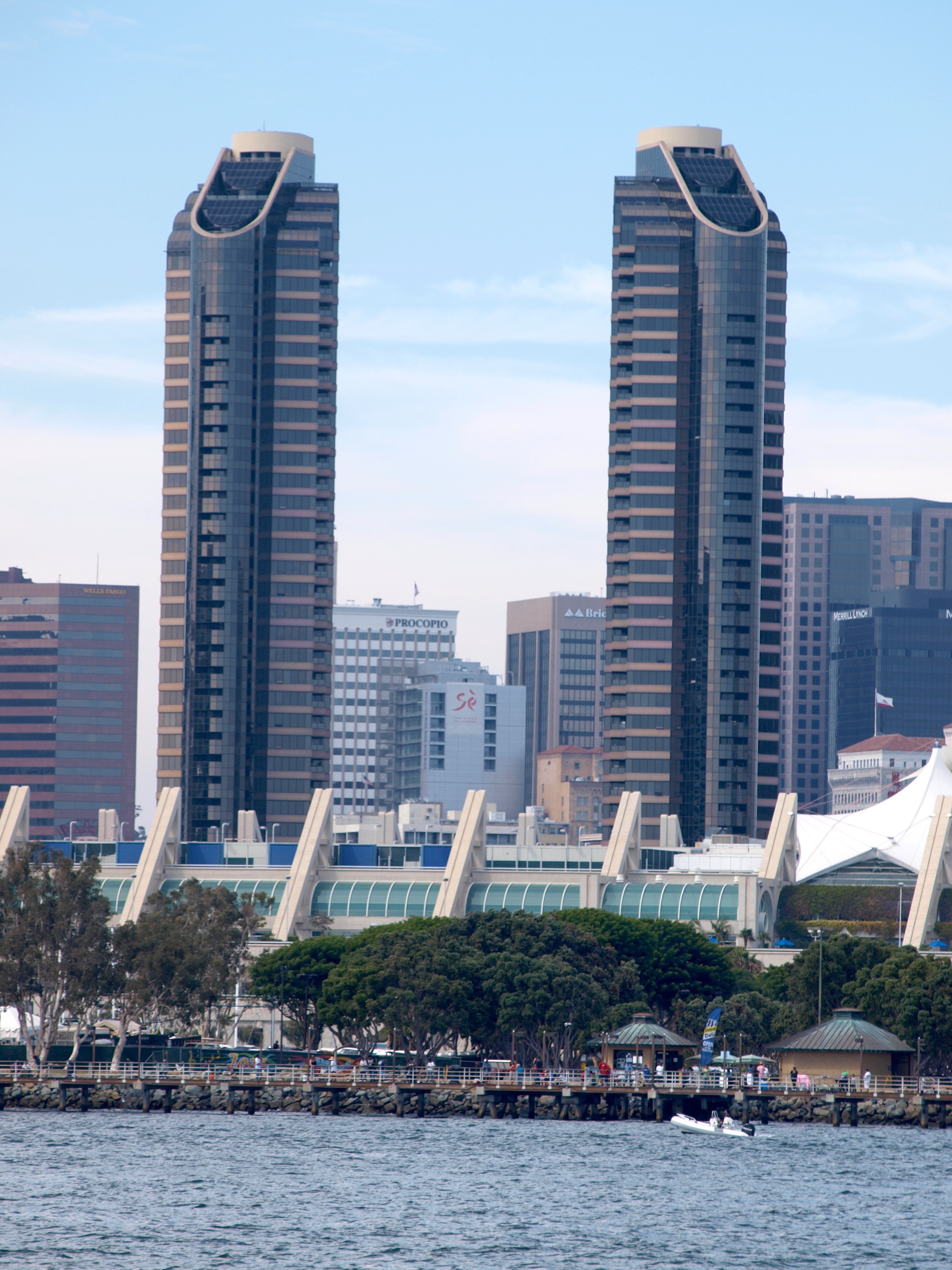 <*}}}}}}}}}>< — The park itself is a popular spot for a simple stroll or a jog (it includes a fitness trail), a place to walk the dog, fly a kite, have a BBQ (at one of the BBQ pits) or simply enjoy the sunshine by the bay. One plus is the terrific view of the bay and Coronado that sits just across the water. 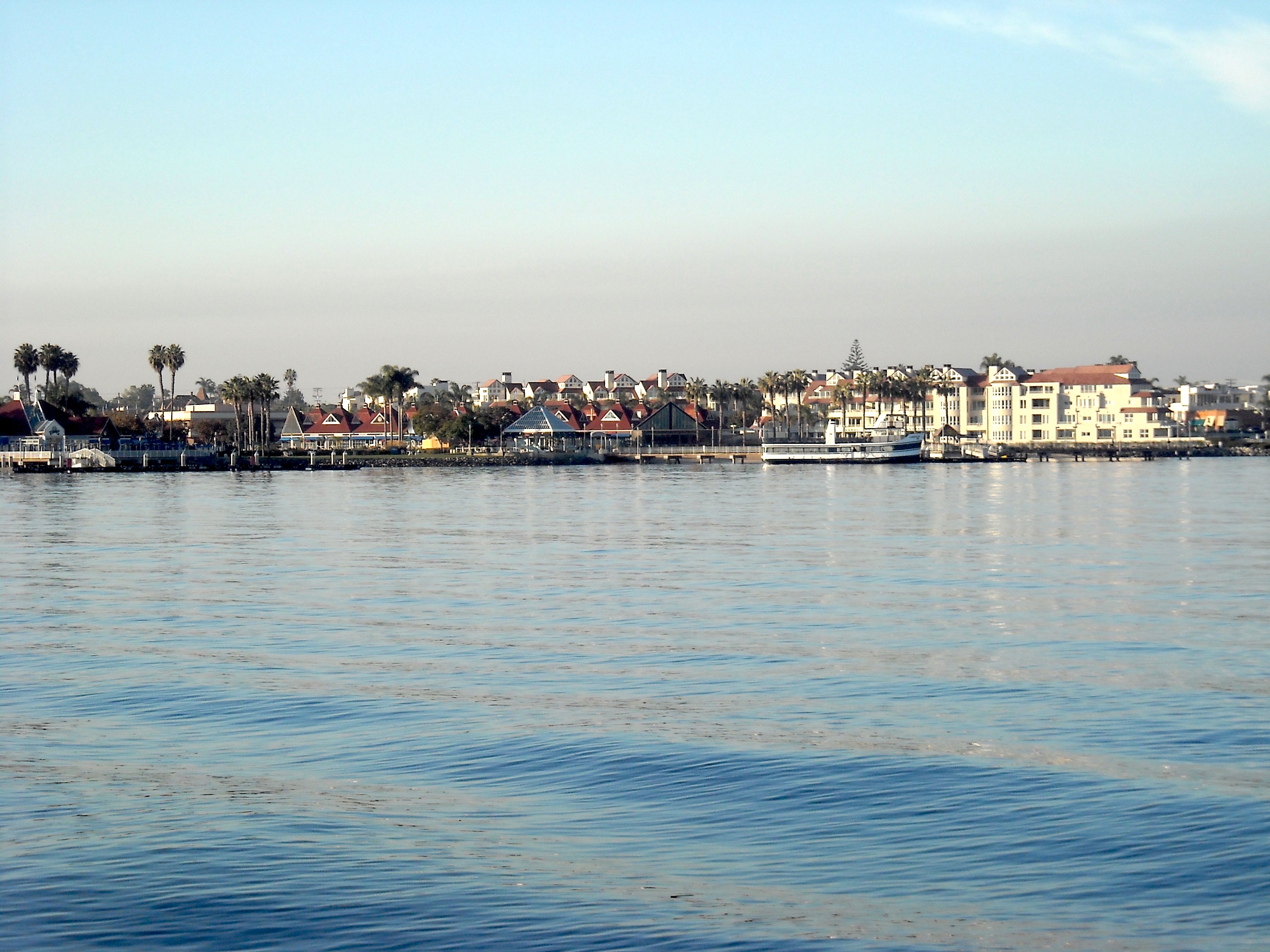 For family members disinclined to fish, theSeaport Village is a fairly short ten-minute walk to the north in the Embarcadero Marina Park North. Family members can readily spend their money on other activities and items at that park.

A negative for some people is the number of homeless or semi-homeless that like to hang out at the park. They look gruff and I imagine could scare some people but I’ve never had a problem with any of them. They’re pretty much enjoying the time with their friends, swapping stories as people do, maybe playing a pick-up game of basketball on the public courts, and enjoying the same bay front sunshine and views as other visitors. Plus, the police patrol the area frequently just to keep things cool.

Two times are really crowded and not recommended for fishing. The first is July 4 since the park has proven to be a popular venue to watch the city’s fireworks. The second is during the annual Summer Pops Concerts that are given on a stage constructed in the park. Typically the concerts run during July and August and are held on Friday and Saturday nights (although special concerts are occasionally held on Thursdays and Sundays). 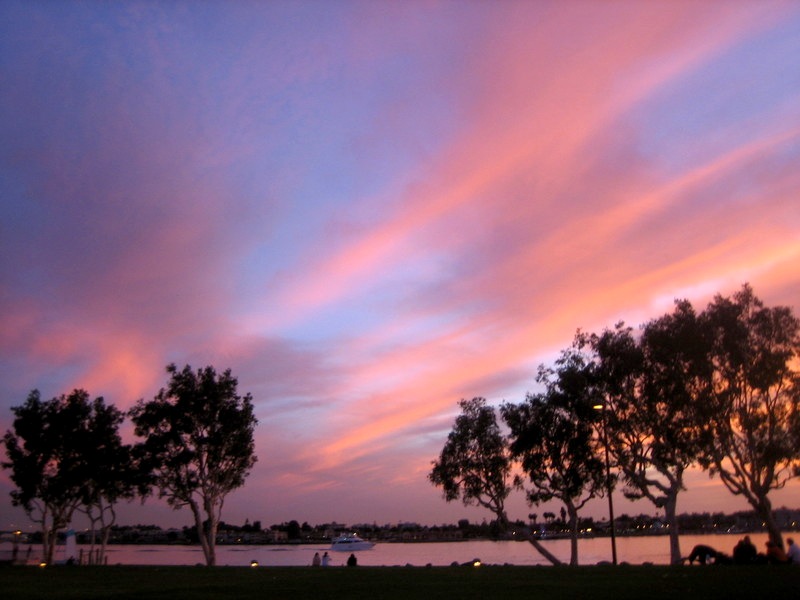 The park and pier see some great sunsets

Hours: Although the pier is supposedly open 24 hours a day, the park and the parking lot close at 10 p.m.

Facilities: Restrooms are adjacent to the pier, fish-cleaning stations and lights are on the pier. A combination bait store and snack shop is situated near the entrance of the pier. Metered parking ($1 an hour from 8 a.m. to 6 p.m.), a picnic area, and basketball courts are near-by in the park. Fish a little, play a little hoop, fish a little…………….

Handicapped Facilities: Handicapped parking and restrooms are available. The pier surface is planking and gaps are sometimes fairly wide which may cause problems for some wheelchairs. The height of the railing is 42 inches. Posted for handicapped.

How To Get There: Take I-5 to the Market St. exit, take Market west to Harbor Dr. Turn left on Harbor Dr. and take it to 8th Ave., turn right onto Convention Way (formerly Harbor St.). Follow it a short block to 5th Ave. and the pier. It seems that with the new Convention Center the city is constantly working on these streets near the pier and renaming them; if you get confused remember that the park and pier are immediately to the southwest of the Convention Center.