Species: Clupea harengus pallasi (Valenciennes, 1847); from the Latin word clupea (herring), the Low Latin word harengus, which probably comes from old High German, possibly associated with (das) herr, (army or multitude, in reference to the formation of large schools), and pallasi, honoring the famous Russian naturalist Petrus Simon Pallus that distinguishes this form from the Atlantic form of herring.

Identification: Typical fish shape; last dorsal fin not elongate, and pelvic fin under the dorsal fin. Their coloring is bluish green to olive on the sides and silvery white below. There are no spots on the side, unlike Pacific sardines.

Size: Up to 18 inches, although most caught off piers are under 14 inches. 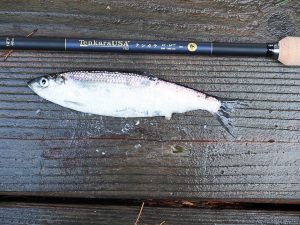 Range: From northern Baja California, to the Bering Sea, and northeast to Bathhurst in the Beaufort Sea; along the Asian coast from the Lena River in the Arctic Ocean, through the Bering Sea to Korea and Ibaraki, central Japan. Along our coast most common from southern Alaska to central California. Occasionally seen in southern California estuaries

Habitat: Generally found offshore during the spring and summer months, the schooling species typically moves into bays and estuaries during late fall or winter. There they first appear in deeper-water channels of bays, where they stay for up to two weeks while their gonads mature. They then move into shallower spawning areas with reduced salinity, and calmer, protected water. They spawn inter-tidally until the spring. They are recorded from these shallow areas down to a depth of 820 feet. Rocky substrate and areas with marine vegetation are preferred where their adhesive eggs cling to eelgrass, kelp, and pier pilings, and attract many fish. Until recently, areas along the Sausalito waterfront were prime locales for herring eggs which in turn attracted egg-slurpin’ sturgeon and anglers seeking the slurpin’ sturgeon. These areas are now closed to sturgeon fishin’ anglers seeking the slurpin’ sturgeon even though the slurpin’ sturgeon and the eggs they’re a slurpin’ are still present. 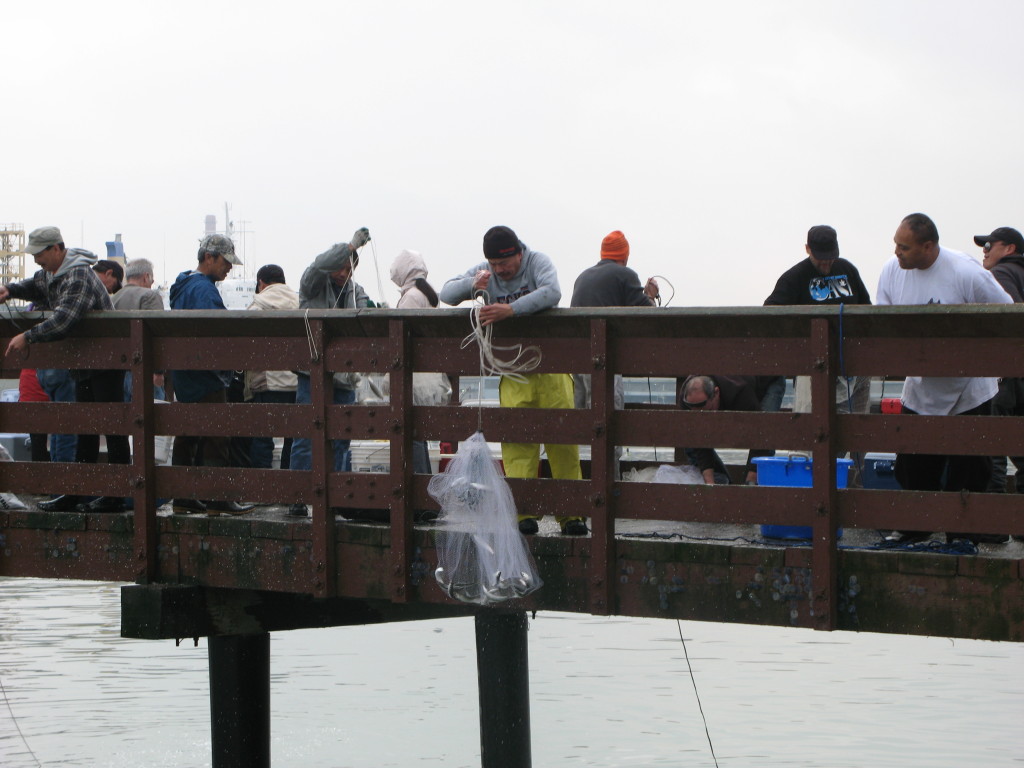 Herring fishermen at the Agua Vista Pier in San Francisco

Piers: Pacific herring are caught on bait rigs at many piers in San Francisco Bay as well as piers to the north; some are also taken south to the Santa Cruz Wharf (I’ve taken them there in April). Typically, the schools move in with the high tide and it is a hit-or-miss proposition as anglers cast and retrieve from the piers. If the fish are present, you will often get a fish on every hook; if absent, you will get none. When present, the piers can be crowded with both those casting out bait rigs and those casting out nets. Best bets: Fort Point Pier, San Francisco Municipal Pier, Agua Vista Pier, Oyster Point Pier, Ferry Point Pier (Richmond), Elephant Rock Pier, Fort Baker Pier, Commercial Street Dock (Eureka), Citizens Dock (Crescent City). Rivers in northern California rivers, i.e., the Albion River and Noyo River, can also see herring enter their estuary areas and small piers in those areas can be good spots for the herring. I used to catch good number of herring when fishing from the docks in Noyo River in May. 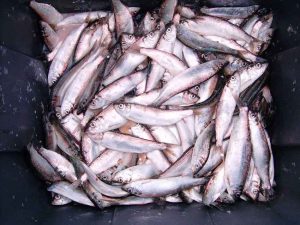 Shoreline: Can be taken by shore anglers in San Francisco Bay when they show in nearshore areas.

Bait and Tackle: Herring are mainly taken with bait rigs. A person can make his or her own bait rig using small, size 8-12 hooks (light and sharp) or use a commercial rig such as a Sabiki or Lucky Lura. (Remember that in San Francisco Bay you can only use three hooks.) To the end of the leader is attached a torpedo sinker, especially a chrome torpedo sinker. Generally, a long cast is made, the outfit is allowed to sink part way, and a slow retrieve, with an occasional twitch, is made. Fishing is generally best at high tide, especially at night if there are lights on the pier. Check with local tackle shops to see if the herring are running; best times are generally December to February in the San Francisco Bay Area, and winter to spring for north coast piers. In north coast rivers, i.e., the Noyo River, it’s common to see herring enter the waters during the summer months. 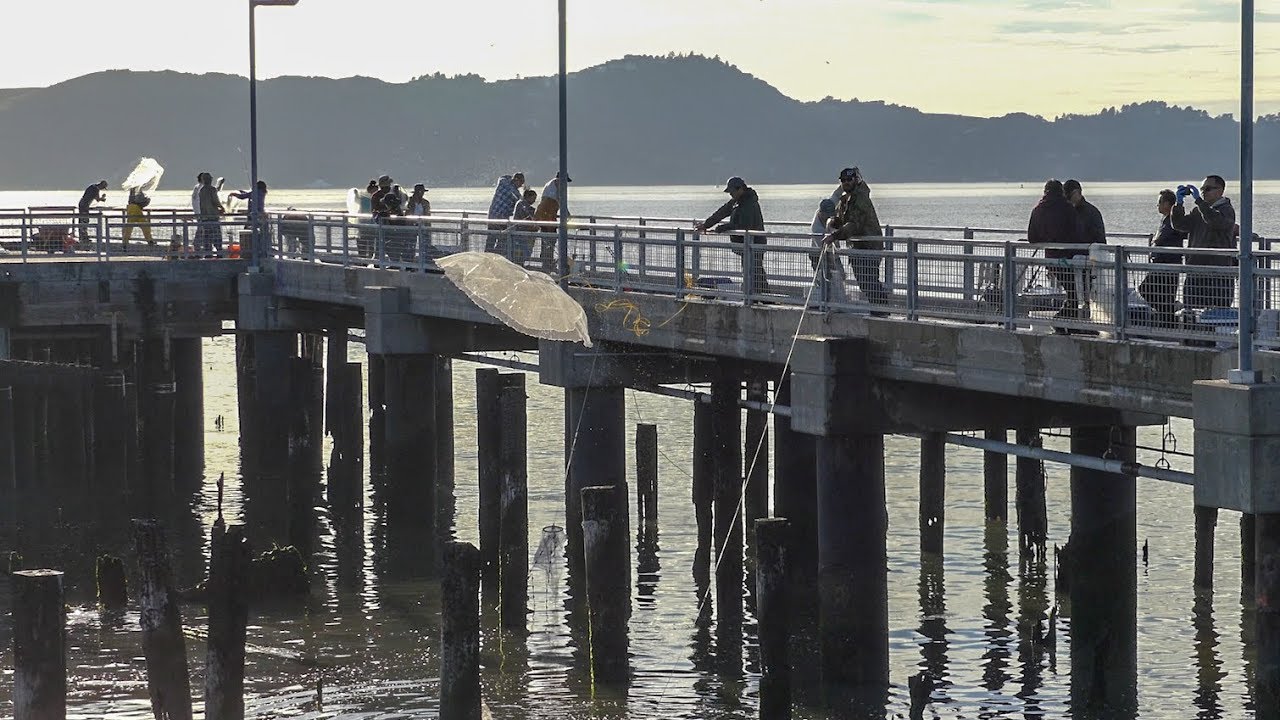 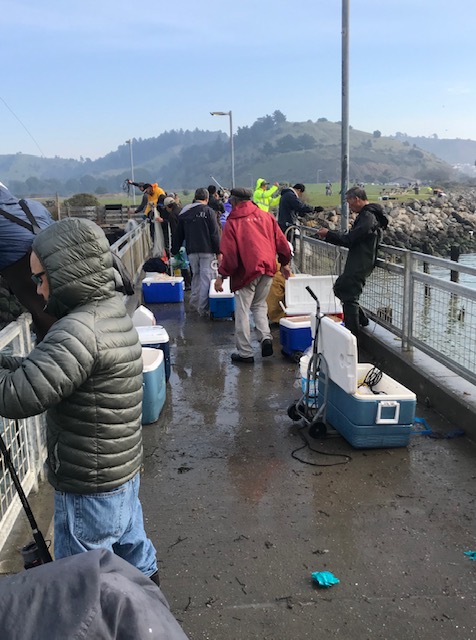 Herring fishermen at the Ferry Point Pier in Richmond

Food Value: Pacific herring is eaten by many people but considered slightly inferior to both Atlantic herring and Pacific sardines. The flesh is soft with small flakes, darkly colored, and robust/strong in flavor with a moderate fat content in the winter and higher fat content in the summer. Many people like to eat fresh herring, generally baked, broiled, or bar-b-cued. Pickled herring are also considered a delicacy by many.

In northern Europe, herring seem to retain an exalted rank somewhere above “normal” foods. In 1996 my wife Pat and I took a trip to Scandinavia to celebrate our 30th anniversary. While in Copenhagen, Denmark, my Danish (foreign exchange) son Martin insisted that I try some of the herring that was part of a smørrebrød (open sandwich) lunch. I did try a couple of varieties of the herring and thought they were OK but I’m sure my appreciation paled in comparison to the love expressed by the Danes.

Then, while in Stockholm, Sweden we went to the Prinsen Restaurant a historic and somewhat famous place that of course had several appetizers featuring herring. I decided to try the recommended dish—“Herring our way ala (Nordin).” Several different forms of herring accompanied by various sauces, creams, etc. Again, I could take it or leave it—but perhaps the problem was that I did not follow the herring with an ice cold drink of aquavit (water of life); it seems aquavit is “de rigueur” with herring. I didn’t have the guts to try one of the Swedish summertime specialties—surströmming—fermented Baltic herring, a dish usually eaten with raw onions and cheese. Smoked herring, yes/ja/ja, fermented herring no/nej/nei.

I must admit that I loved the Danish ham and pastries, the Swedish mashed potatoes, and the Finnish char and reindeer. And, we did bring home a couple of bottles of Finnish liqueur — Lakka (cloudberry liqueur) and Puolukka (lingonberry liqueur). But, I think I’ll pass on the more exotic forms of herring. 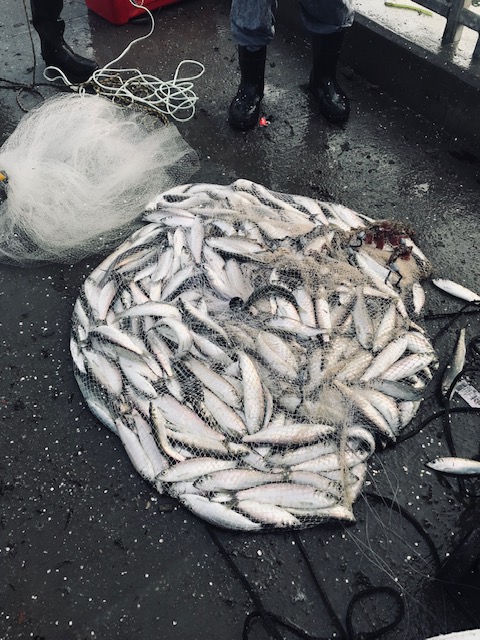 Herring at the Ferry Point Pier in Richmond

Comments: In the “More Than You May Want To Know” category, scientists in England report that herring seem to use flatulence, aka raspberry blowing, as a mechanism to form protective schools (shoals) at night. In an article by James Owen in the National Geographic News (November 10, 2003) titled “Herring Break Wind to Communicate,” the scientists reveal that Atlantic and Pacific herring create high-frequency sounds by releasing air from their anuses. [“We know [herring] have excellent hearing but little about what they actually use it for,” said research team leader Ben Wilson, a marine biologist at the Bamfield Marine Science Centre, British Columbia, Canada. “It turns out that herring make unusual farting sounds at night.” Wilson and his colleagues named the phenomenon Fast Repetitive Tick, which makes for the rather mischievous acronym, FRT. But unlike the human version, these FRTs are thought to bring the fish closer together. Two teams carried out the research in Canada and Britain. One team studied Pacific herring in Bamfield, British Columbia, while the other focused on Atlantic herring in Oban, Scotland. The fish were caught locally and transferred to large laboratory tanks where their behavior was monitored using hydrophones and infrared video cameras. The fish were found to produce high-frequency sound bursts up to 22 kilohertz. The noise was always accompanied by a fine stream of bubbles.] Don’t know if other schooling fish also use FRT’s at night to school up but, as said, perhaps more than you may want to know.