Identification: They have a slender body with two dorsal fins, the second much smaller than the first and located nearly over the anal fin (which is about the same size). . They have a large subterminal lobe on the caudal fin (tail) that creates the appearance of a “doubled” tail. They have a long, pointed snout and elongate eyes. Their coloring is dark, bluish or bronze gray above and white below with black on the forward edges of the dorsal and pectoral fins; the caudal fin is usually black tipped with a white spot.. Youngsters, like you sometimes see on piers ,have a white edge on the pectoral fins. 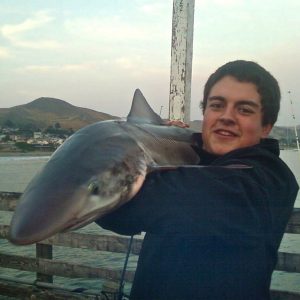 Size: To 6.5 feet and about 100 pounds but most caught from piers are under four feet.

Habitat: Found in both bays and oceanfront water; normally found in deeper parts of bays but frequently in shallower water, especially at night. Tends to feed on fish, squid and octopus. 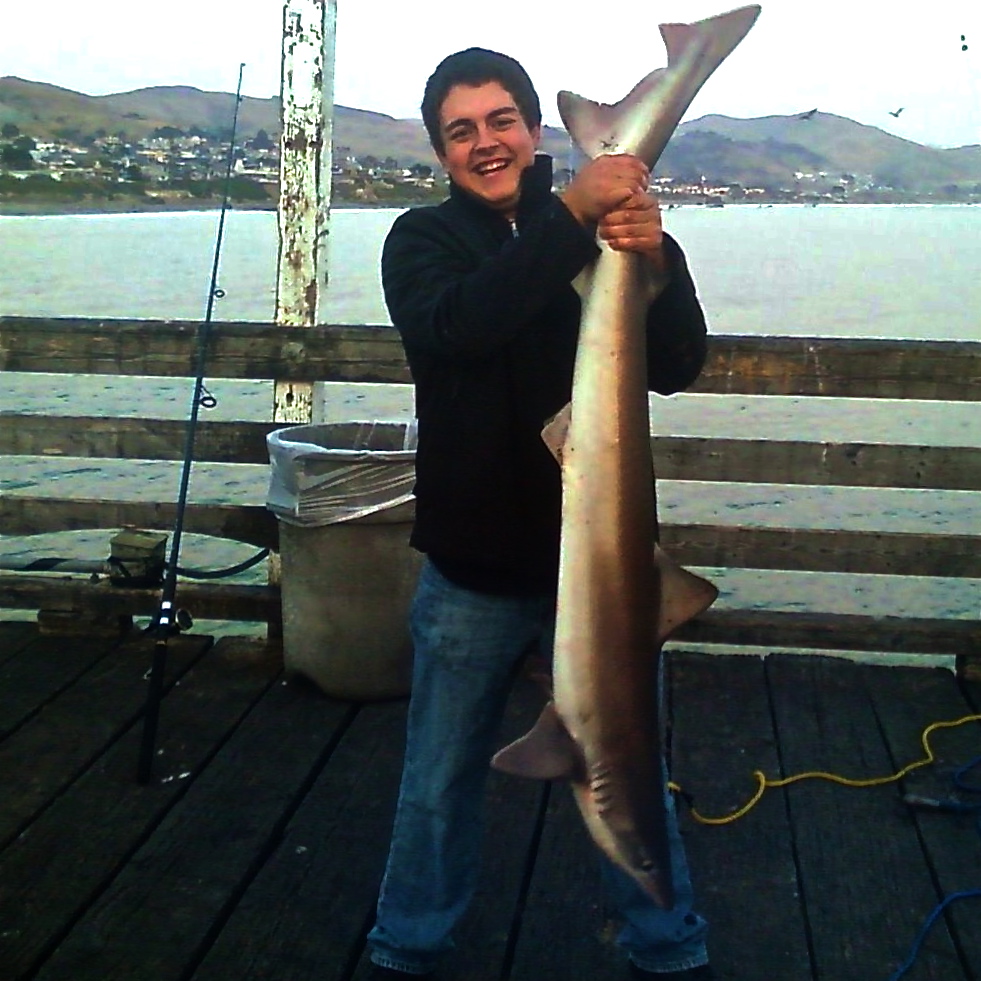 Boats: A frequent catch by boaters in San Francisco Bay.

Bait and Tackle: Medium tackle, line at least 20-pound test line, and hooks 2/0 or larger. The best bait is a live midshipman, mudsucker or staghorn sculpin fished near the bottom. Live shrimp, grass shrimp or ghost shrimp, and frozen squid or anchovies will also tempt a few soupfin.

Food Value: One of the best tasting sharks. A mild flavored and densly textured flesh that is suited to several methods of cooking. The best method is probably grilled. As with all sharks it needs to be cleaned properly and kept cool before cooking. Perhaps most famous as the main ingredient for the Oriental delicacy shark-fin soup. The fins are dried and processed and sold mainly in Asian markets. Unfortunately, many are slaughterd just for the fins and after capture and removal of the fins they are simply tossed back into the water.

Comments: Never as common as smoothhounds or leopard sharks. Females give birth in the spring to 15-50 young and soon after many of the small pups will be caught by anglers (and hopefully be returned to the water to grow). 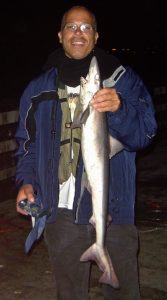