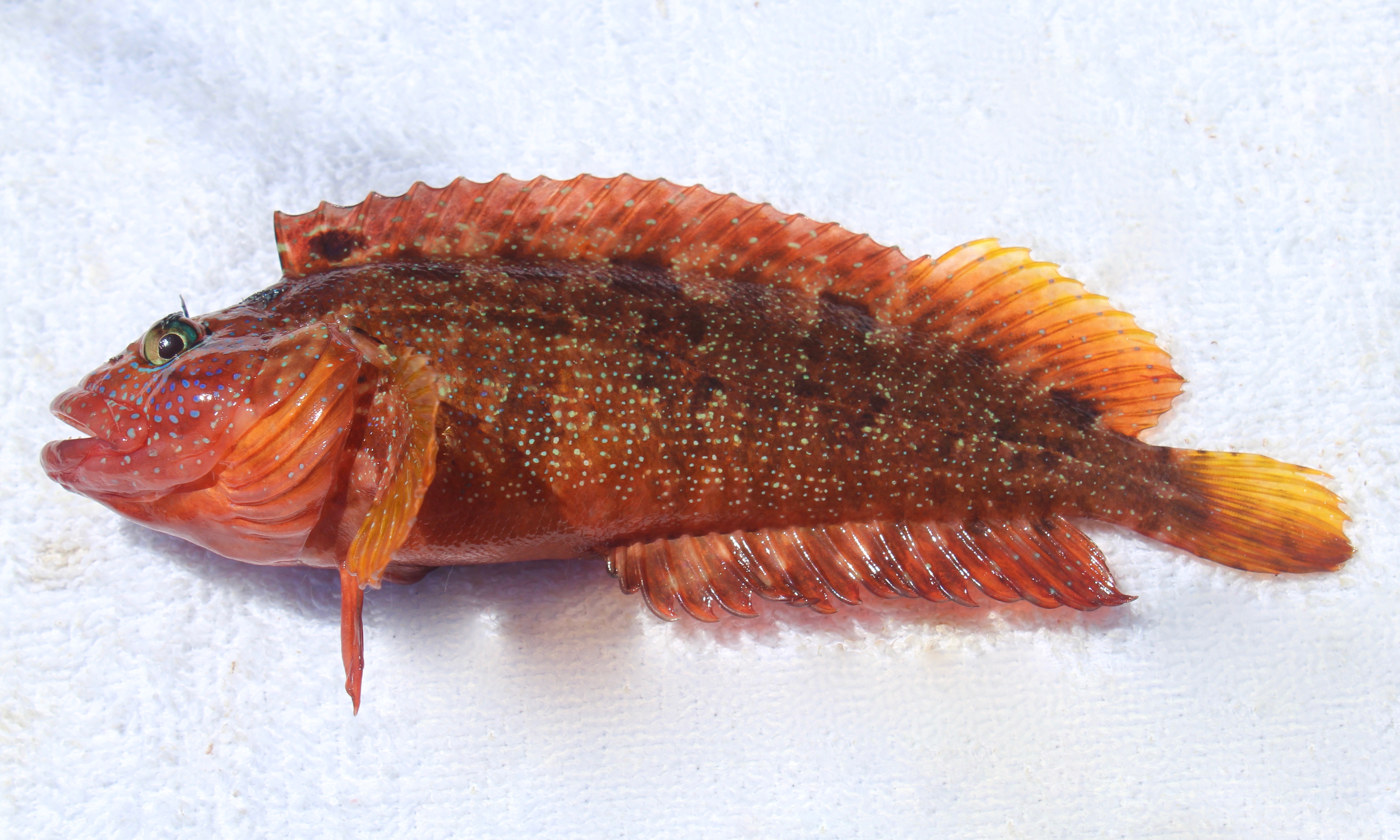 Identification: “Largemouth Blennies have shortened elongated robust bodies with a uniform depth throughout that tapers gradually at the rear into the tail. They are greenish-brown in color with eight dark bars along their sides and two thin dark stripes bordering a pale area behind and a little below their eyes. They have a black blotch at the front of their dorsal fin and numerous small white spots on the lower parts of their head and body. Breeding males are red with a large black spot between the second and fourth dorsal spines (pictured below). Their head is broad with a blunt snout, large eyes, a branched cirrus over each eye, and several branched cirri on each side of the nape. Their mouth is large, opens at the front, and is slightly oblique; it is equipped with one row of small teeth on the upper and lower jaws and includes teeth on the roof of the mouth. Their anal fin has two spines and 17 to 19 rays; their caudal fin is square; and their dorsal fin has 17 to 19 spines and ten to 12 rays with a deep notch in between. They are covered with small smooth scales.” — John Snow 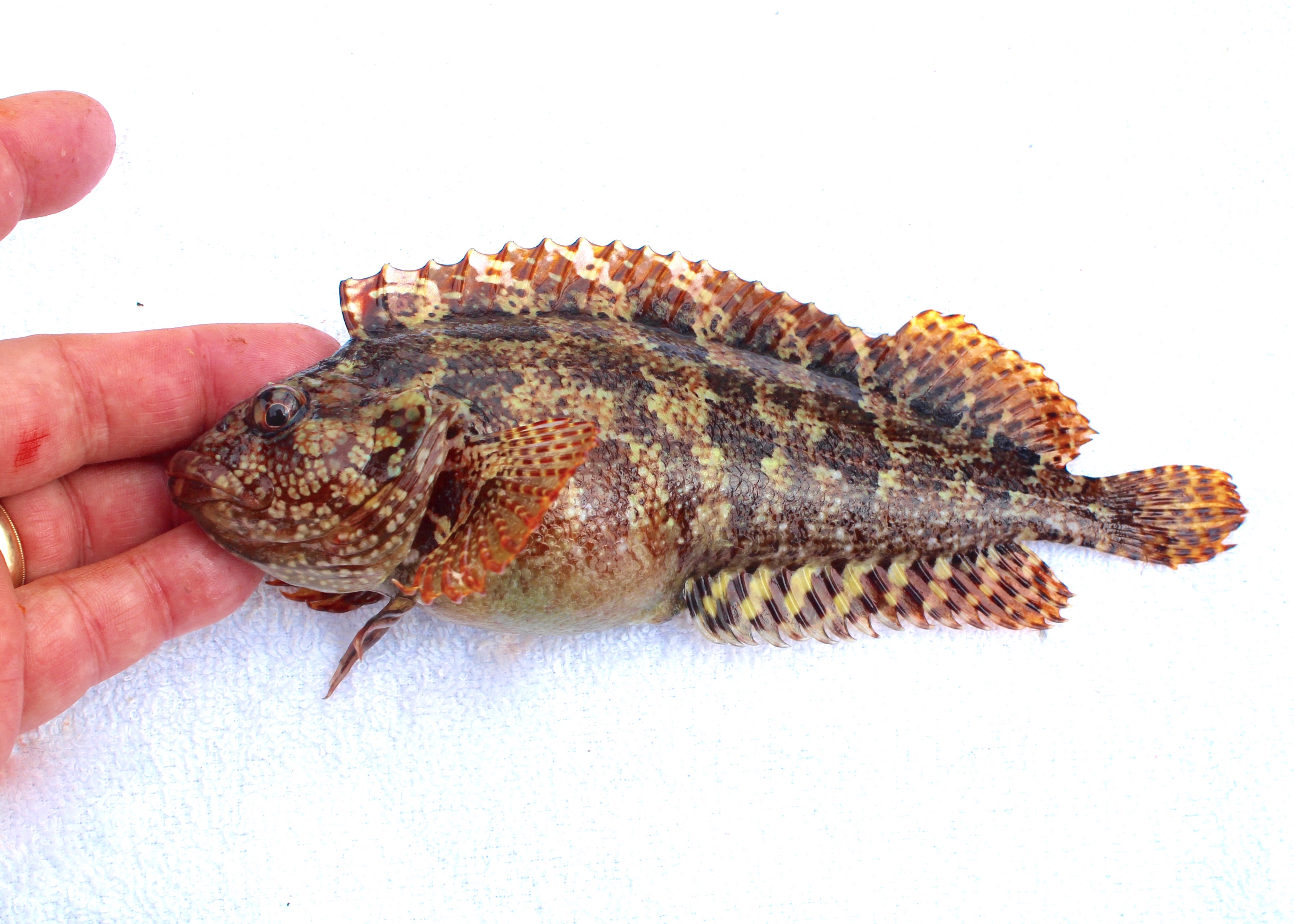 Habitat: One of the most common blennies and reef fish in the Gulf of California (Sea of Cortez). Generally found in kelp-covered, rocky shorelines and in coral reefs down to a depth of about 35 feet. Recorded to a depth of 36 feet. Considered a shallow water diurnal (day-time) predator that feeds mostly on benthic (bottom) crustaceans such as small crabs and shrimp. 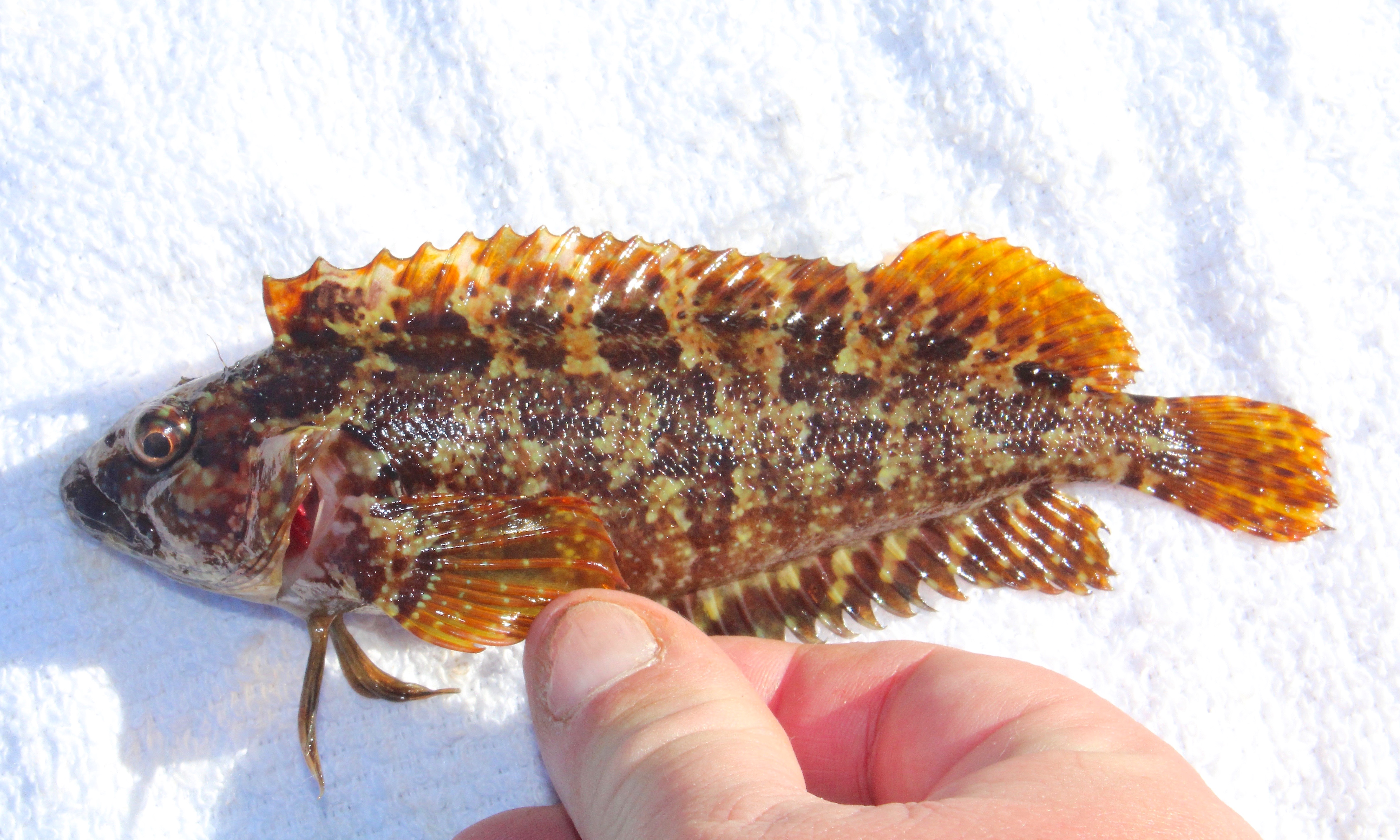 Piers: San Clemente Pier and the Green Pleasure Pier and Cabrillo Mole, both in Avalon on Catalina Island. Will likely become common at more piers.

Bait and Tackle: Small hooks (size 6 or smaller) baited with pieces of shrimp or worms (blood worms and lug worms) when fished on the bottom will do the trick.

Food Value: Given their small size it’s better to simply let them go.

Comments: On a trip to Avalon in June 2017, I caught two of these fish, one at the Green Pleasure Pier and one at the Cabrillo Mole. Initially I thought they might be a species of kelpfish but the fins were wrong for kelpfish. I went through my normal fish I.D. books and couldn’t identify the fish so I sent a note to Milton Love at UC Santa Barbara. It turned out he (and others) had recently written a paper on the fish: Largemouth Blenny. They apparently showed up in California about 2015 and are now fairly common at La Jolla and Catalina Island. The speculation is that they moved north during the El Niño warm water conditions of 2015 and decided to stay. In December of 2017, I caught two more of the fish at the Cabrillo Mole. 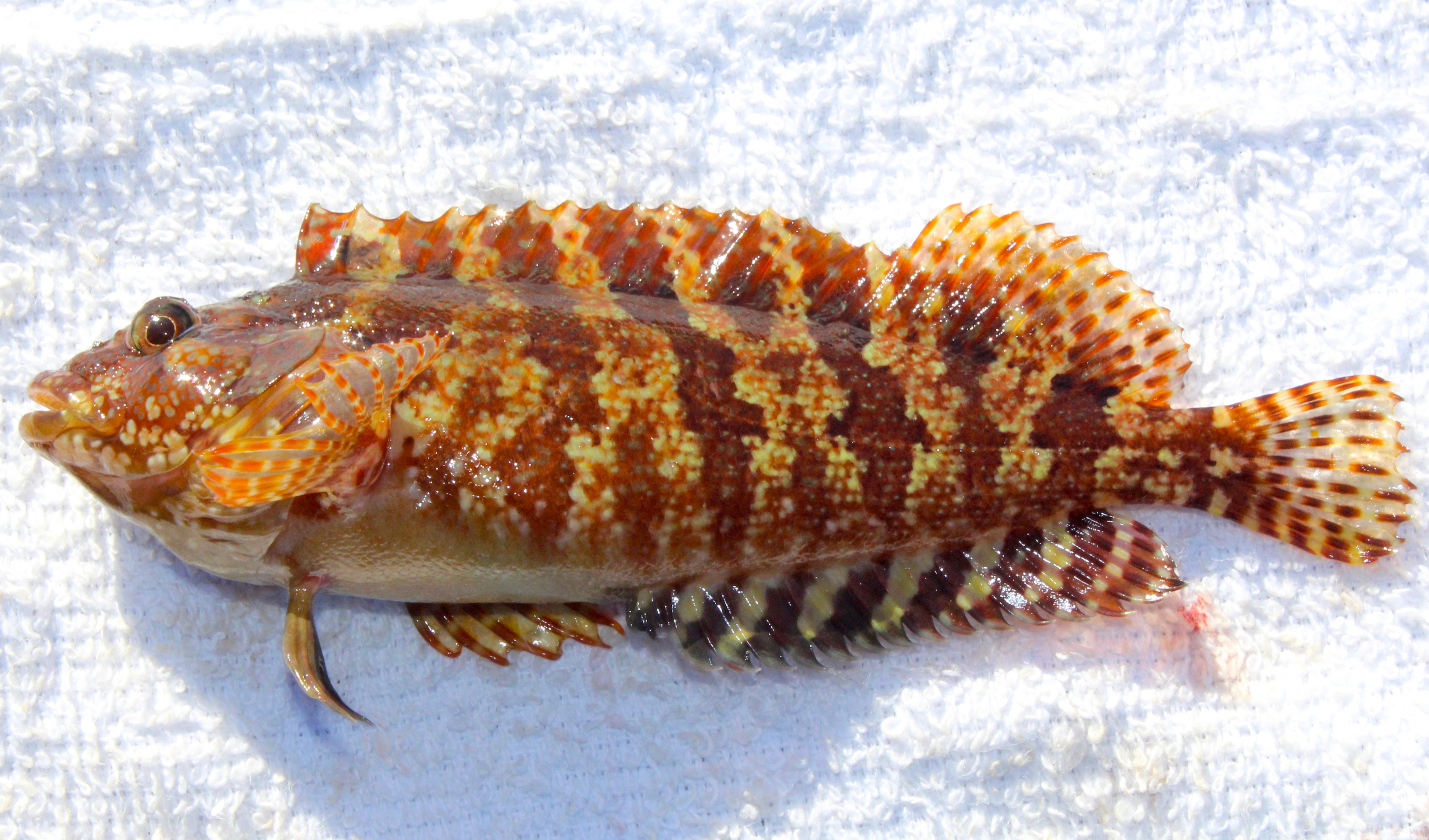