Species: Mustelus californicus from the Latin words mustela (weasel-colored) and californicus referring to its geographic distibution.

Identification: Very similiar to the leopard shark, but the coloring is a light gray back fading to a lighter belly; with no bars or spots.

Size: To 4.7 feet (although one source gives just over five feet in length, 64.25 inches). Most caught from piers are under four feet in length. 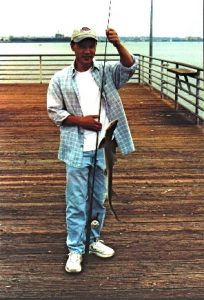 Habitat: Most common south of Point Conception in bays or sandy-beach areas. Crabs, shrimp, fat innkeeper worms and small fish make up the majority of their diet. Found from the surf zone down to 869 feet.

Shoreline: A common catch by shore anglers in southern California.

Bait and Tackle: Medium tackle with a size 2 to 4/0 hook. Best baits are live or frozen anchovies, squid, mackerel or clams fished just outside the second set of breakers. 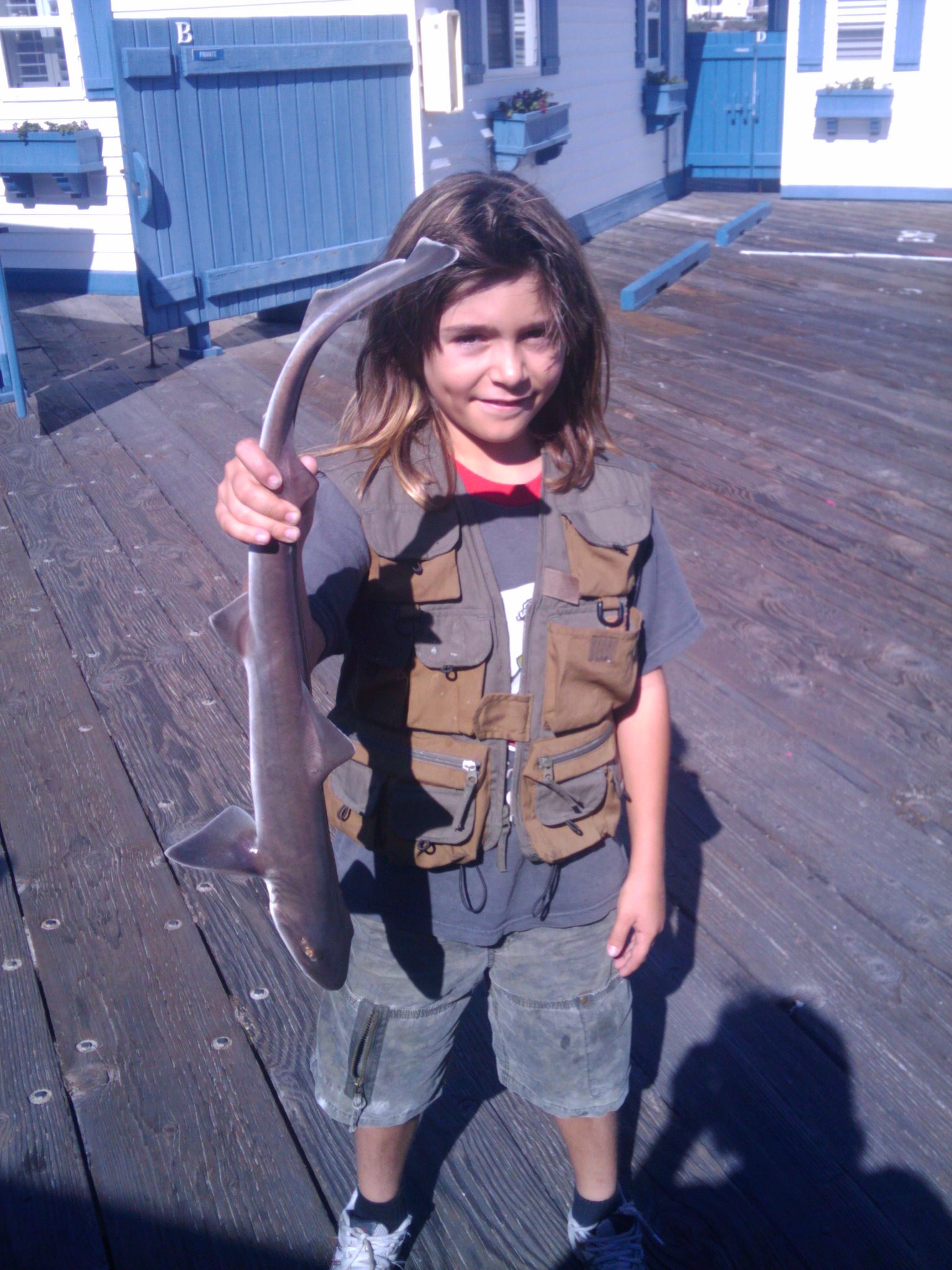 Gray smoothhound from the Crystal Pier in San Diego

Food Value: A mild flavored fish with large flakes, firm texture, and flesh suited to all methods of cooking. It has moderate fat content. It does need to be cleaned properly and kept cool before cooking.

Comments: Late afternoon to early evening hours seem to be the best time to fish for this species.