Species: Amphistichus koelzi (Hubbs, 1933); from the Greek words amphi (double) and stoichos (series, referring to the two rows of teeth in each jaw) and Walter Koelz, a U.S. ichthyologist. Family Embiotocidae, subfamily Amphistichinae.

Identification: Their coloring is silvery, with olive-green mottling and bars on sides (bars usually broken and disconnected); most fins are reddish colored; caudal fin (tail) pinkish to deep red. Longest dorsal fin spines about equal to or slightly longer than longest dorsal soft-ray; pronounced notch between dorsal fin hard rays and soft rays. Lower edge of eye is below the upper lip. More disc-like shaped than in redtail surfperch. 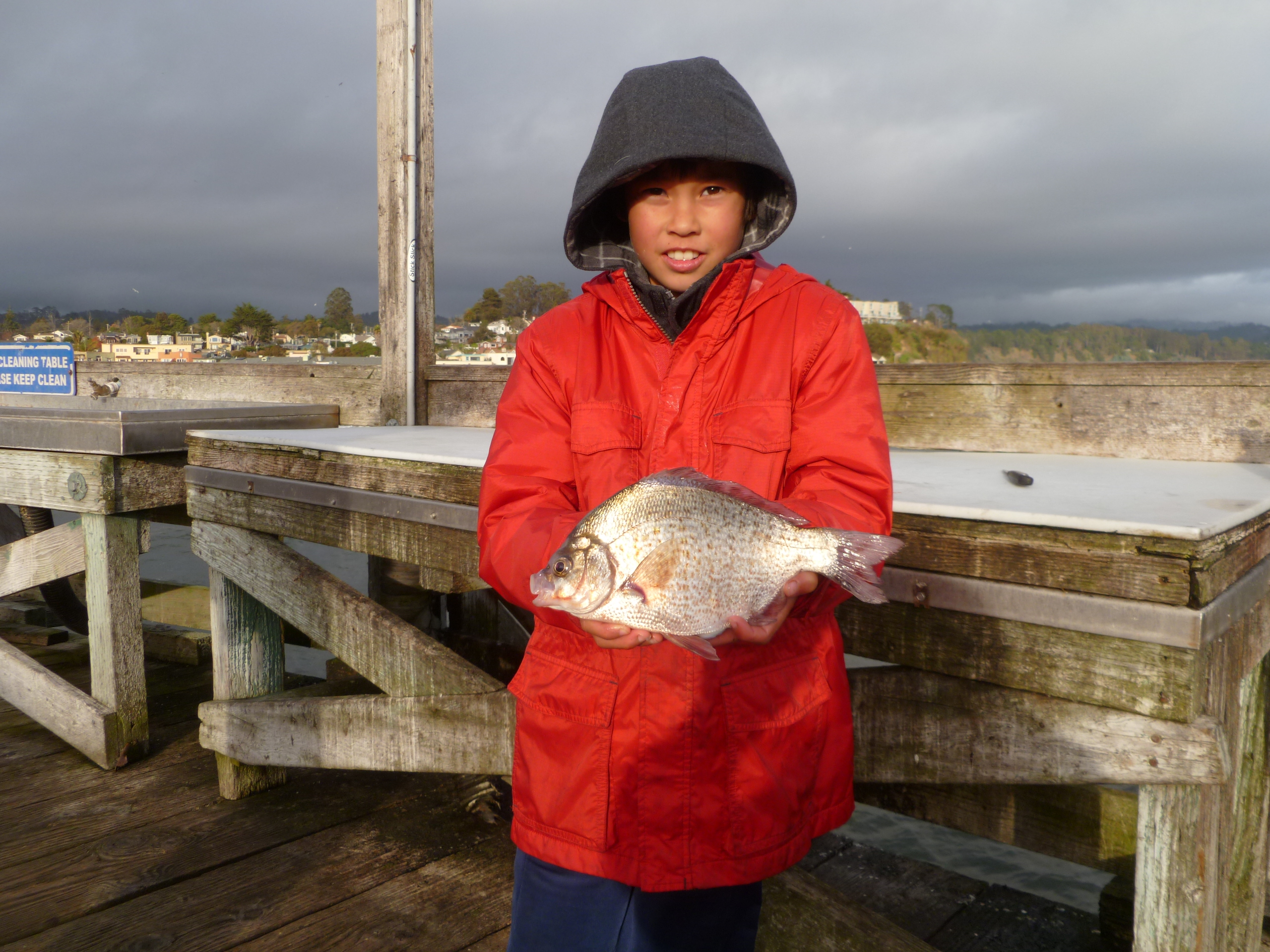 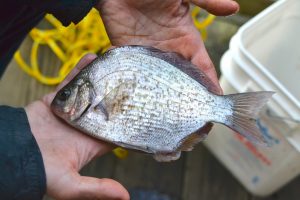 Shoreline: One of the main fish for sandy shore anglers in central California anglers.

Bait and Tackle: Bait and tackle is the same for all three of the large surfperch. Best bait is live sand crabs followed by live sea worms (pile worms or bloodworms); next would be fresh mussels, shrimp or clams. Tackle should be heavy enough to hold bottom in the surf area, and hooks should be size 6 to size 2 baited on a high/low leader.

Food Value: Mild-flavored flesh with small flakes and a soft texture. The flesh is white colored and low in fat content. Can be cooked in any manner but most commonly fried.

Comments: Calico surfperch will often school right around the inshore pilings; at times, fishing right under the pier, as close to these pilings as possible, will yield the largest fish. Calicos are sometimes mistaken for redtail surfperch. 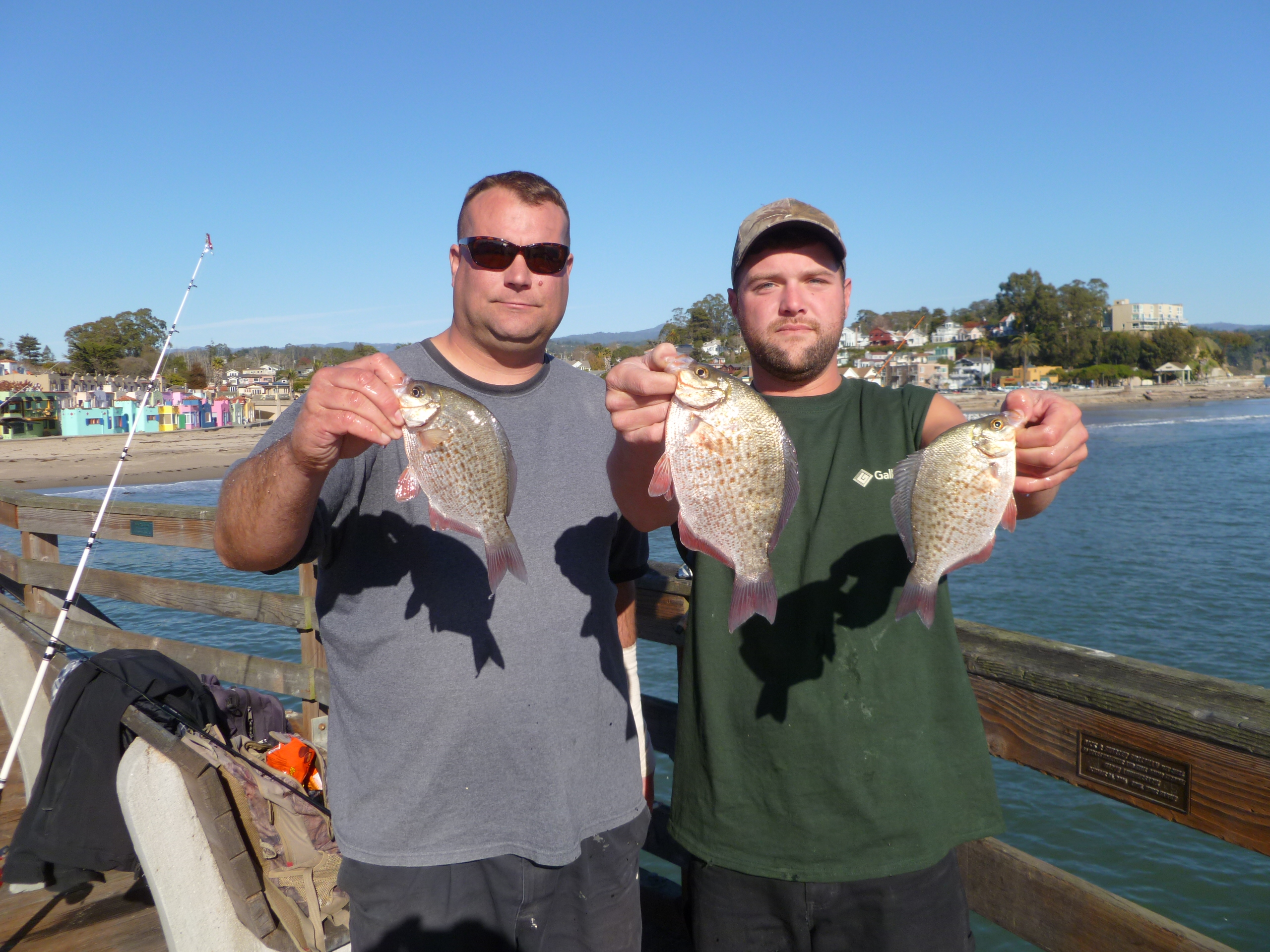