This is one of those small piers that seems designed for the regulars who go out daily for both the sport and socialization involved in fishing. It is very easy to reach, requires no parking fees, and it is a short walk out to the pier. Fishing is rarely great here but most of the regulars are sociable and the fishing itself is good often enough to keep the people coming back. 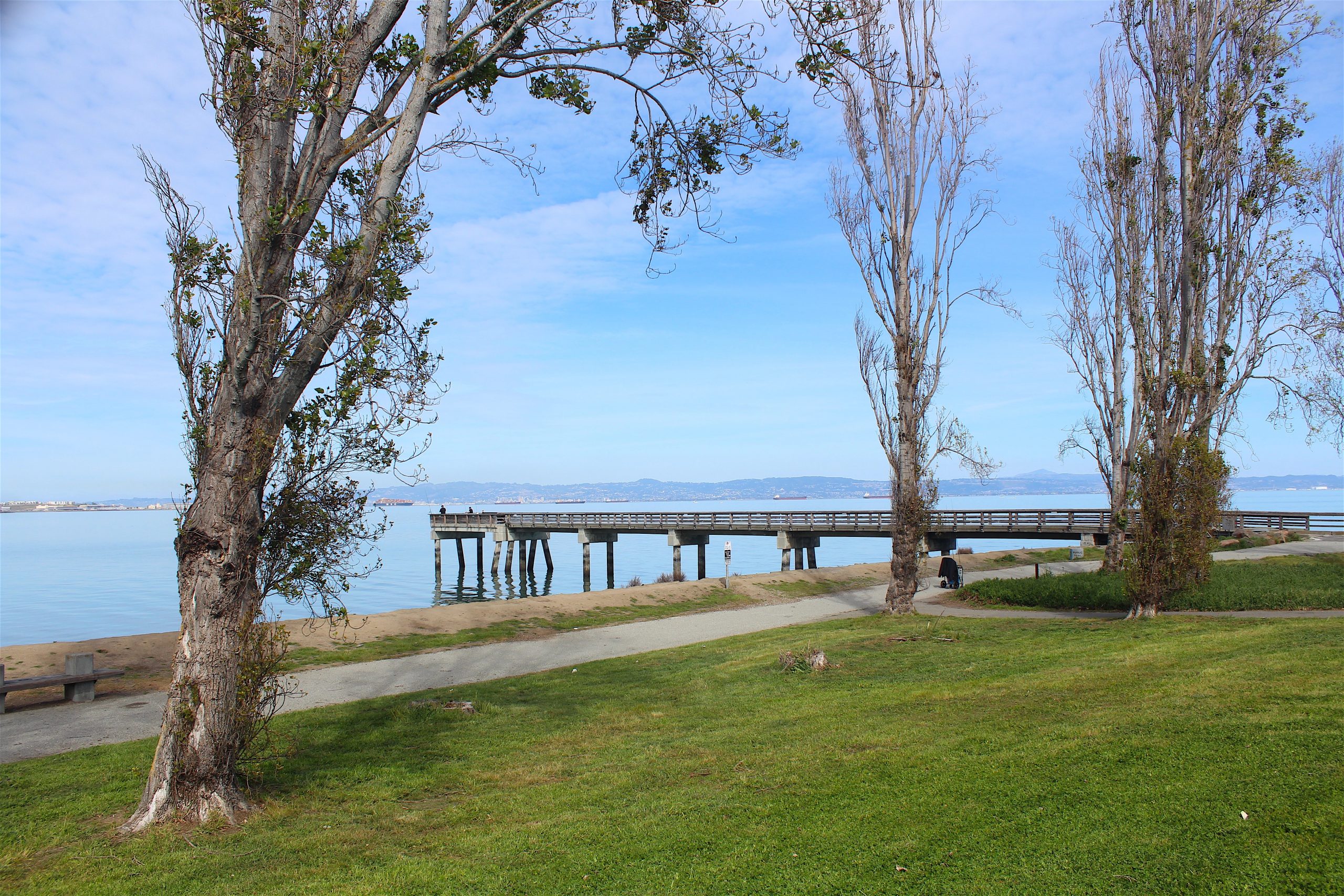 Environment. The pier is only 252 foot-long and is located on Sierra Point, land which juts out into the bay about 2 1/2 miles south of Candlestick Point. Most of the fish species and fishing found here are similar to that found across the cove at the two piers in Candlestick Point State Park. Water here, however, is somewhat shallower than at those piers and fewer fish seem to be caught. The shoreline is rock-covered (which will attract perch), the bottom is primarily mud, and the pilings are concrete with a fair growth of barnacles. 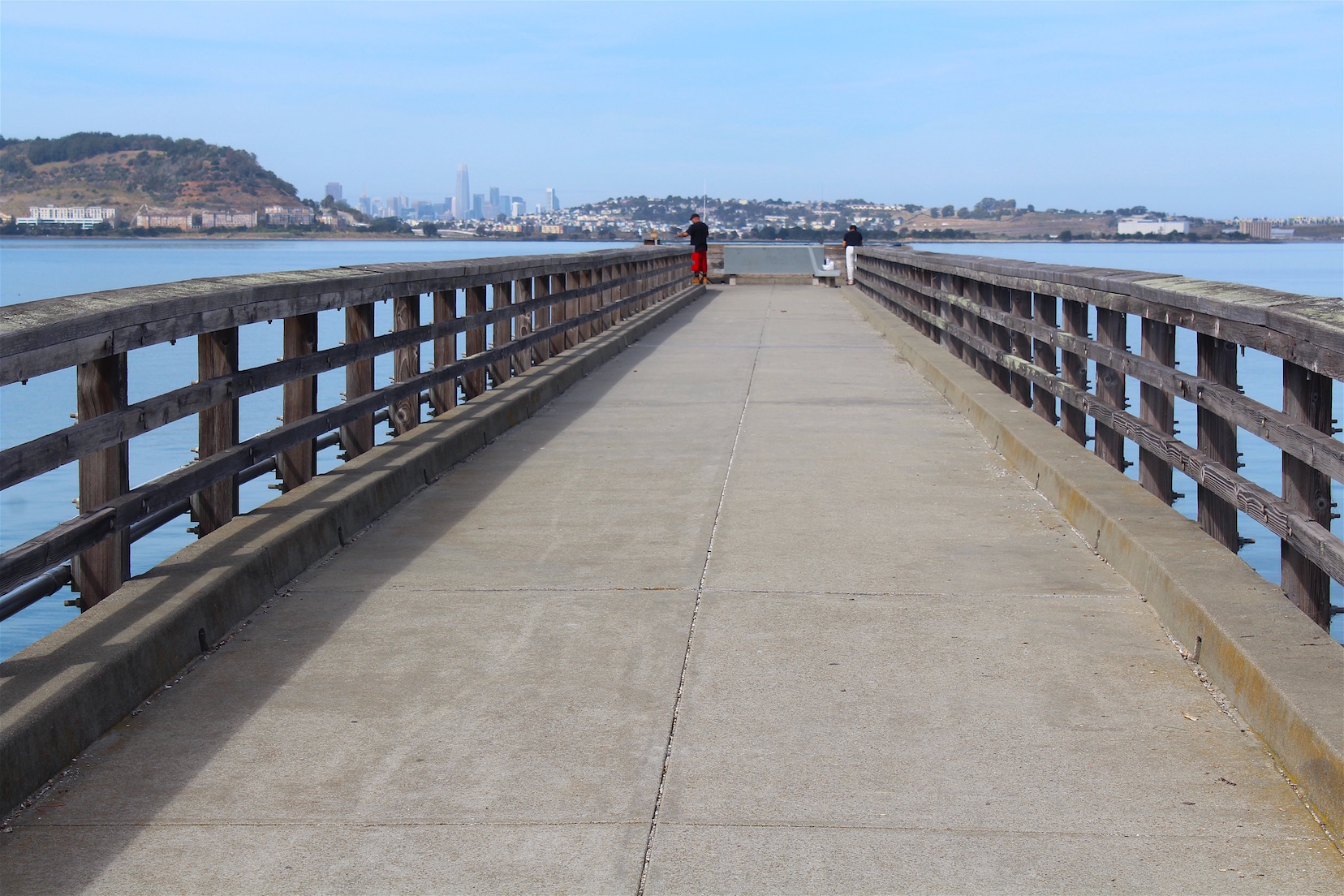 The most commonly caught fish here are small brown smoothhound sharks and staghorn sculpin. Seasonally, several varieties of perch can be caught, as can some of the larger gamefish. Winter and spring will see pileperch, black seaperch, white seaperch and a few striped and rubberlip seaperch. Spring through the fall will see more walleye surfperch, silver surfperch and shiner perch (but remember the April 1-July 31 perch closure). Much of the year sharks, rays and skates will be present, but most are caught from spring through fall. Almost any time of the year may see schools of jacksmelt. Late spring to fall is definitely the time for striped bass while late winter to spring seems the best time for both sturgeon and starry flounder. 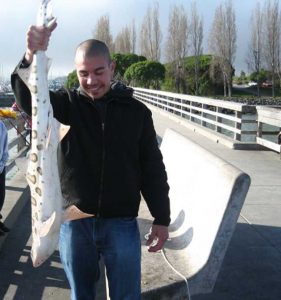 Fishing Tips. During the winter and spring, try for pileperch, barred surfperch, black seaperch and white seaperch around the pilings using a high/low leader, size 6 hooks, and pile worms, grass shrimp, fresh mussels, green rock crabs, barnacles or ghost shrimp for bait. During the same time of year, fish on the bottom using a flounder-sturgeon rig baited with cut anchovies, ghost shrimp, grass shrimp or pile worms for starry flounder. August into the fall try for small walleye and silver surfperch using small strips of anchovy on a multi-hook leader with size 8 hooks. Fish mid-depth around the pilings to catch the small perch. 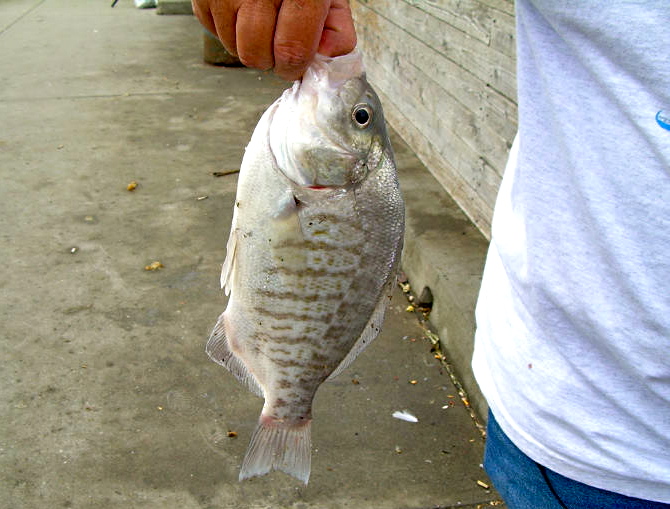 For jacksmelt, and they’re the most common fish caught here, use a three hook leader, size 6 or 8 hooks, and small pieces of pile worms or shrimp. Cast out away from the pier and use the leader under a large bobber or Styrofoam float. If the “horse smelt” show up, multi hookups should be the norm.

Try for sturgeon by using a flounder-sturgeon rig (with heavy line and a wire leader); fish on the bottom with ghost shrimp, grass shrimp, or mud shrimp for bait. When the herring are spawning (and this is the key time for the beasts) use herring and herring eggs as bait. 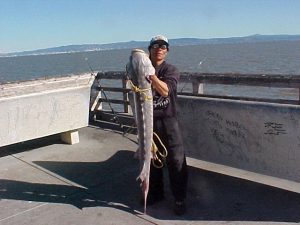 Stan (The Man) Low and a white sturgeon

For stripers, live bait is best including mudsuckers and bullheads. However, cut anchovies and sardines, pile worms, and shrimp will also produce fish when fished on the bottom. Because of the pier’s size, lack of anglers, and its nearness to the water, this is one of the better piers to try for stripers using artificial lures. Top water lures to try include Pencil Poppers, Zara Spooks, Pop-Rs and F-20 Rapalas while some regulars like to try a little deeper with Fish Traps. Remember that the early evening hours and incoming tides are usually best. Use squid, anchovies, sardines or mackerel fished on the bottom for sharks and rays.

For the larger leopard sharks and an occasional 7-gill shark try a live midshipman, mudsucker (longjaw goby), or bullhead (staghorn sculpin). For the smaller brown smoothhounds almost any bait will work although most are caught on anchovies and squid. For the huge (and small) bat rays use squid and appropriate tackle. 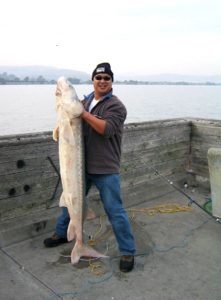 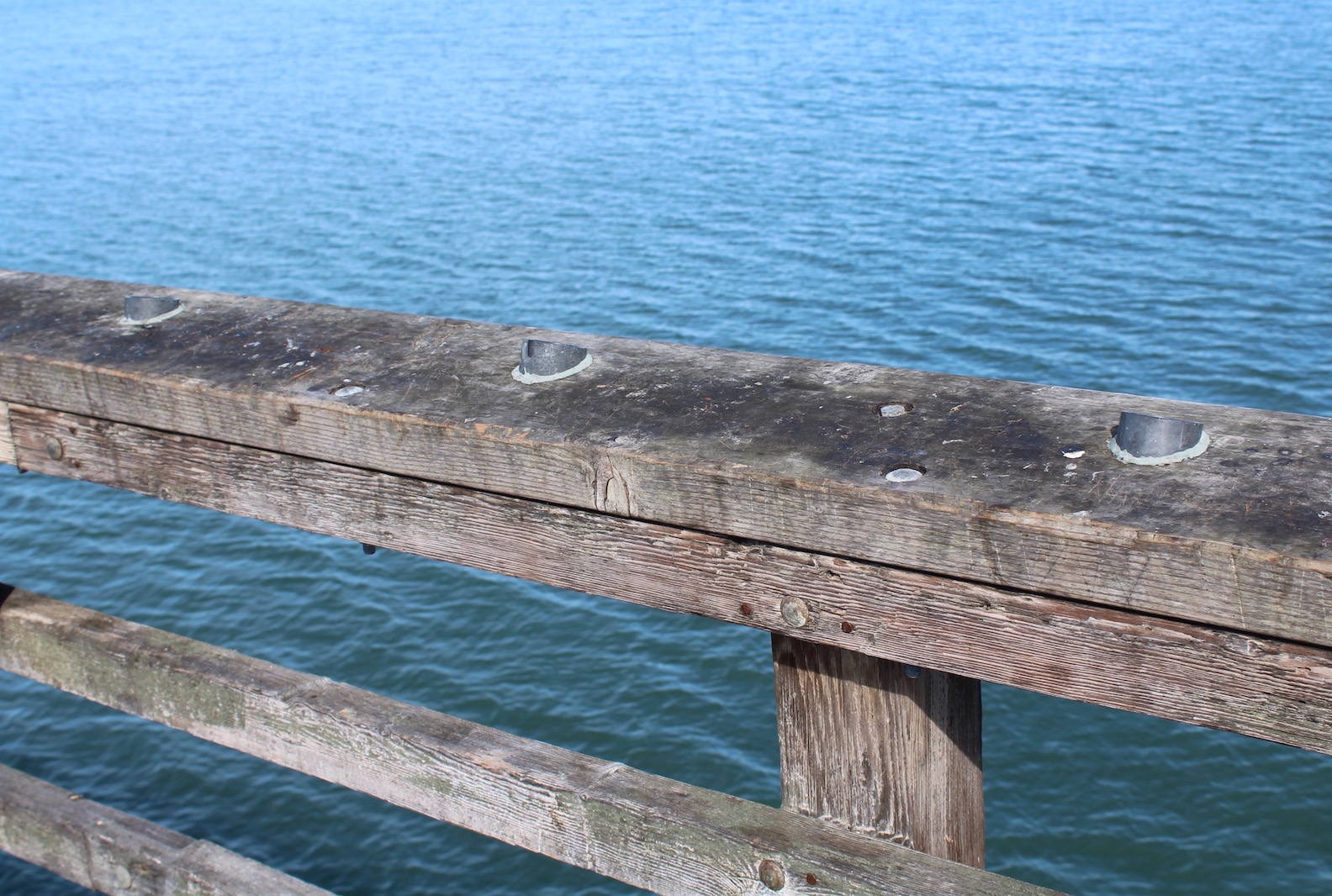 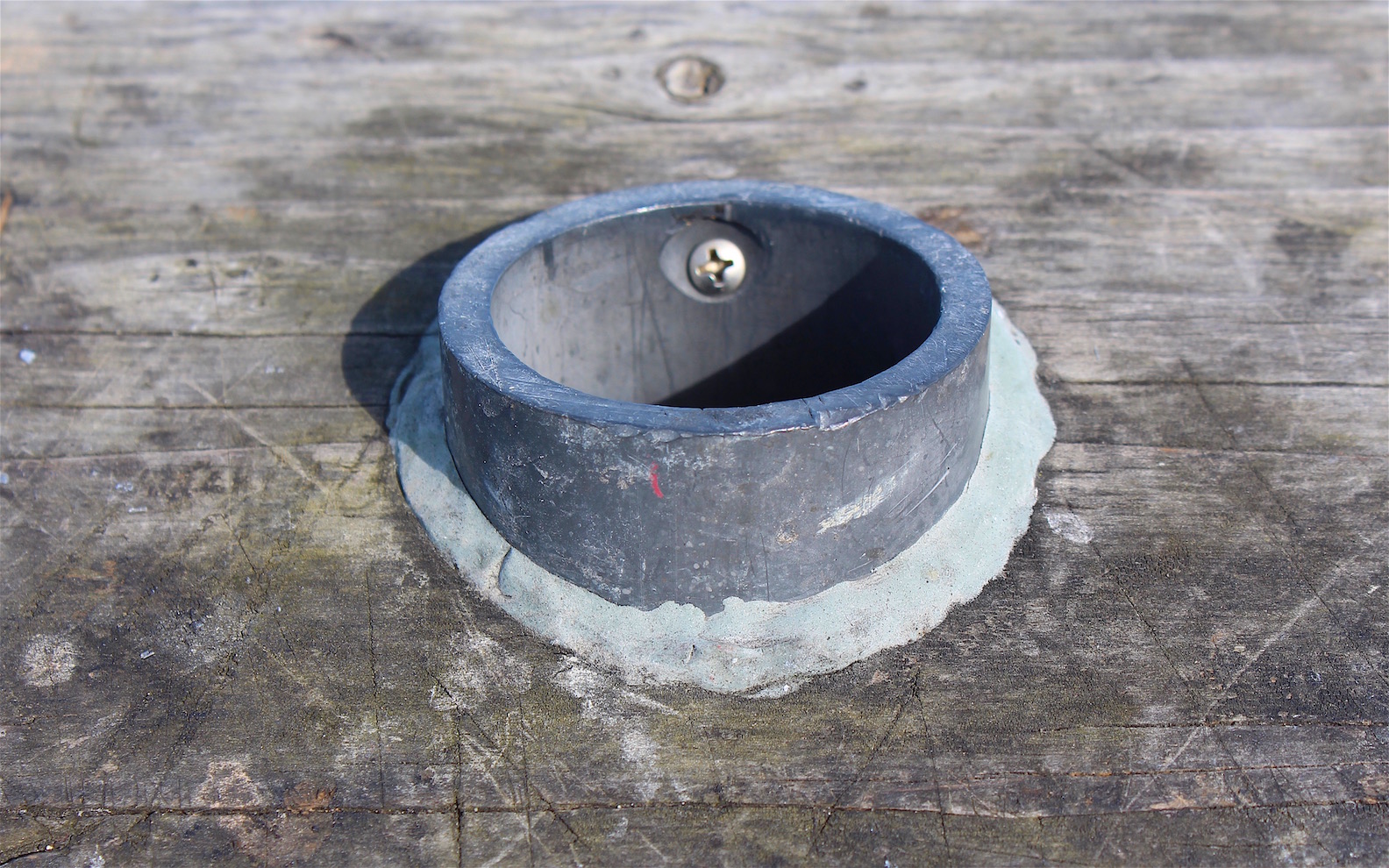 Got off work yesterday at around 12PM and couldn’t make up my mind worth a damn where I was going to go. Should I go back to SC and hope the baits are actually “bait size” today? Should I go to Capitola and hook up with Pescare…um parking situation 12PM? Hmmmmmm… and then for some reason Sierra Point Pier popped into mind, but wait the afternoon wind… Screw it. I’m off, I felt like throwing the cast net yesterday. Got there around 1:15PM and tried to make bait. Wind was blowing, water was muddy, 10 throws with the net and not a single shiner. Perfect, great decision again after being skunked my last three fishing trips. When then on one throw with the net I swooped up 4 topsmelt. I don’t particularly care for topsmelt. I would rather fish shiners but hey might as well get a line in right. I set up one rod on the left side of the pier right past the sink throwing directly into the fierce bay wind. I picked up my cast net and continued my search for shiners. Around 5 minutes later my rod slides down the rail, damn wind… I pick it up and line is peeling off at a rapid rate which brought me down to about half a spool on the 250. I knew it was a decent striper immediately. After the best striper battle I’ve had all year I landed this fish. Taped out just under 30”. This fish was hot; it fought better than some 20-lbers I caught. This thing went on three strong runs, charged me, shook it’s head, and swirled three times before getting in. Didn’t have another bite for the rest of the time I was there. The wind increased as the afternoon progressed and the water clarity was horrible for a shot at any halibut. I left at around 4:15 PM to get back for a last minute dinner I had to go to and I only did one 360 on my way to the truck. I have a whole new respect for topsmelt. heh heh. Jason “bayrunner” 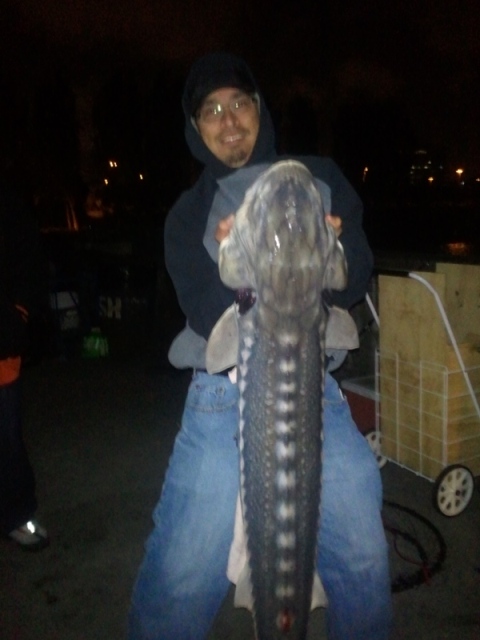 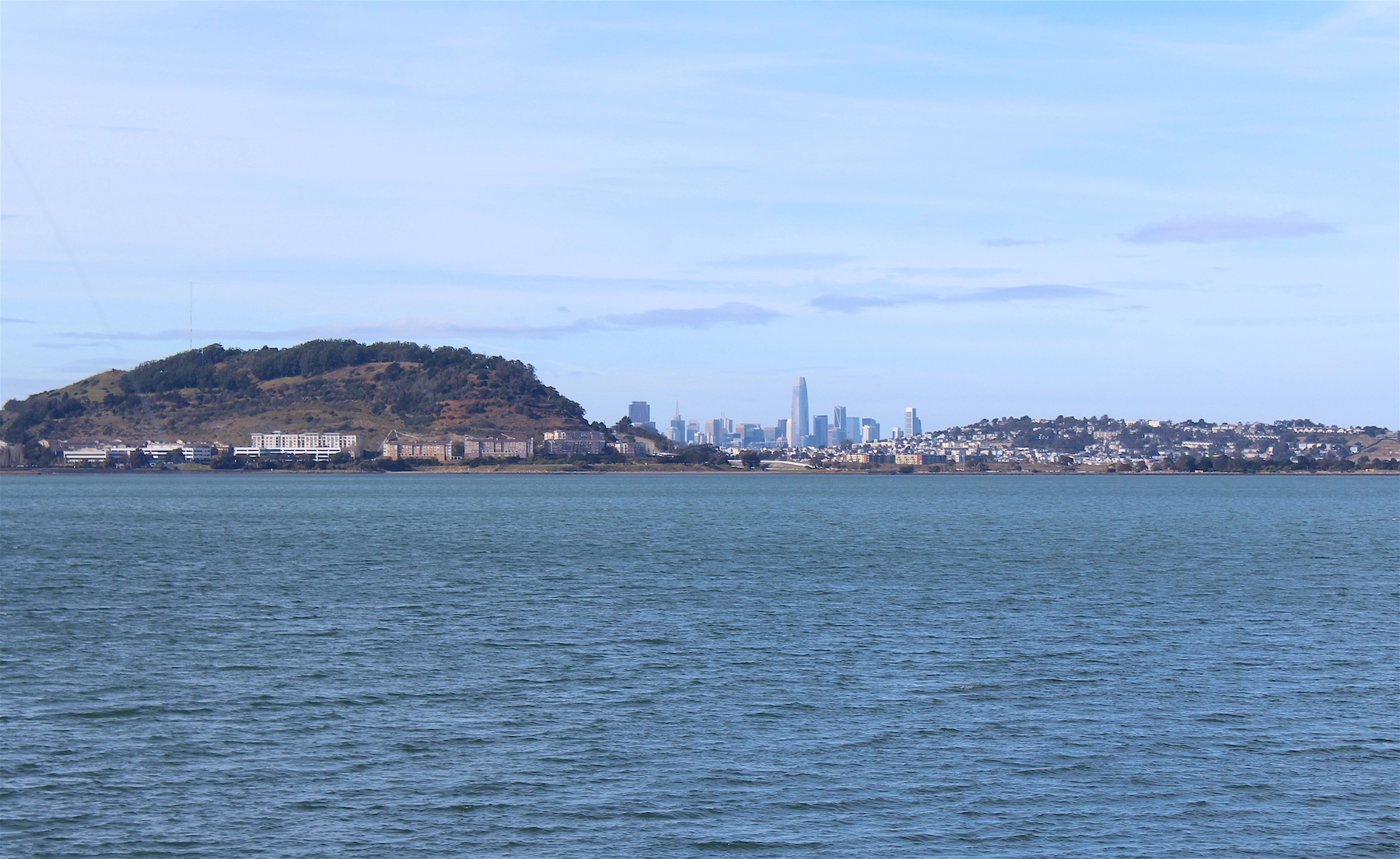 History Note.  Sierra Point is a prime example of Bay Area land policy decisions made in the 1950s and 1960s and helps show why so much shoreline and marsh area has been lost to development. A prominent geographic feature until the ‘60s was the large Brisbane Cove. When the Bayshore Freeway was constructed it cut right through the cove and replaced it with the much smaller lagoon that sits on the west side of the freeway (culverts under the freeway still allow water and bay fish to enter the smaller lagoon). To the east was constructed the landfill area that became Sierra Point. Today the point is home to office buildings, a shoreline trail, an exercise station and this small pier. The city of Brisbane was named in 1908 in honor of Arthur Brisbane, a well-known journalist. 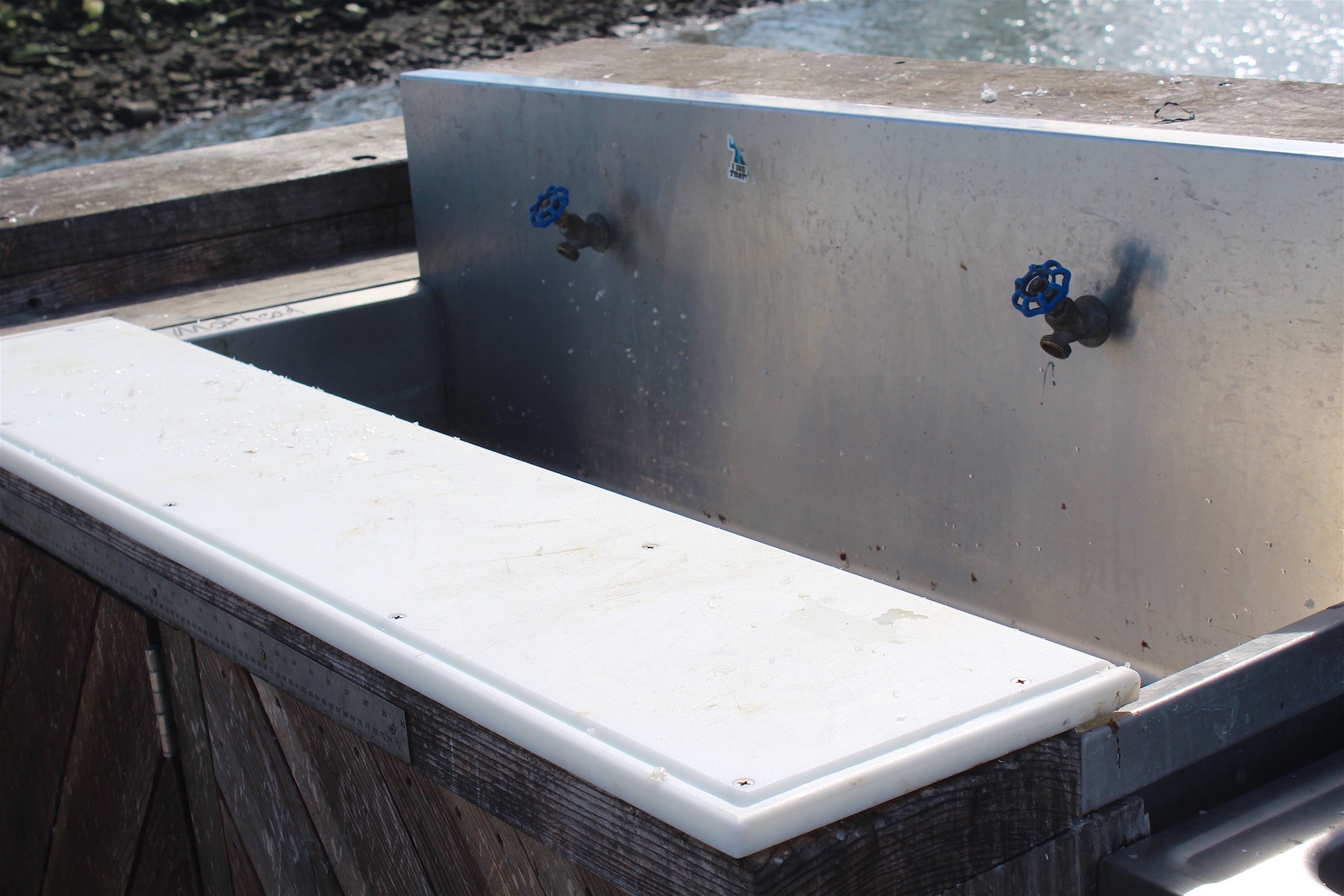 Facilities: Few! The pier offers benches and a fish cleaning station. There are no lights and no restrooms, nor is there a snack bar or bait and tackle shop. Nearby is an unpaved parking area and an attractive public trail heavily used by joggers. There is a small park-like setting near the foot of the pier that includes several benches for those who simply want to sit and watch the bay.

Handicapped Facilities: Handicapped parking and restrooms (but they are found at the marina gate, not at the pier). The paths are level and paved to the pier; the surface of the pier is concrete. Not posted for handicapped.