#1
Hello everyone, sorry for not posting lately. Between getting back in school, keeping up with family, and talking with friends on the other side of the world, I just haven’t had a lot of time to post. I have been fishing though, and I’ll be in Monterey again tomorrow. So, before I go again, I wanted to share my trip last week.

I noticed only one older angler other than me that was on the pier. Chatting with him showed that he was struggling with a tangled up spoon. I helped him cut it and retie it on. He asked for a larger treble hook, saying he was after a striper. I obliged him, and wished him a good catch. 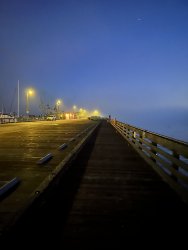 I fished for bait, and surprisingly caught a nice jack mackerel on the kastmaster on my sabiki. I tried for more, but it was the only thing I caught on the pier. A small school of anchovies passed by, but none ate my sabiki

BTW Loulou’s is back open. I’ve never been there, but if anyone likes it, here’s what their sign says. 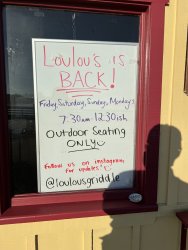 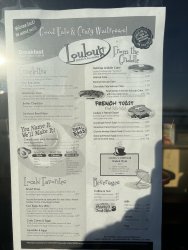 I left for the Coast Guard Pier around 8:30am, and walked to the end of the pier with my jack mackerel for ling bait. I cast it into a promising kelp hole, and 20 min later saw the rod tip panicking. I waited a bit to see if it really bit, but when I checked my mackerel was gone
(ノಠ益ಠ)ノ彡┻━┻
Anyways, I just worked on the holes, and caught and released 8 small B&Y rockfish 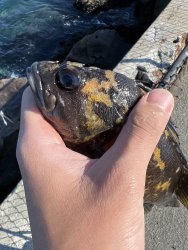 I left at 11:55am, since the tide was going out and I was planning on poke poling in Pacific Grove. 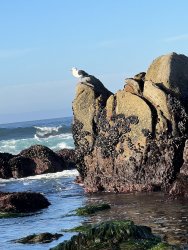 I got there at 12:30pm, and started poking around. I caught one eel from a really nice hole, but no more from that small area. I traveled to the other side of the tide pool, and found a very nice spot between three rocks. My poke pole was too insensitive to feel the bite, so I used my handline for maximum feel. That’s right, nothing but a hook tied to 50lb and wrapped around my hand. I gently drifted it into the hole and saw the eel’s head suck the squid and take it back home. I played around with it just to make sure it had it firmly in his mouth. After about 5 minutes, I set the hook and out came a 18in eel. I kept fishing the same hole, and got 7 eels from it. I callled it a day after that, since I got much more than what I needed. All eels were eaten or given to friends who love seafood. 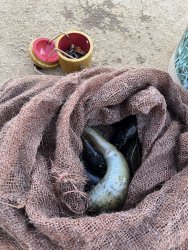 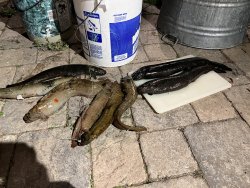 A wonderful day, and I hope to have fun again tomorrow 👍

Staff member
#2
Thanks for the report. Always love to hear about what's going on in that area (and I need to give it a visit).
N

#3
nice eels! makes me eager to go poke poling myself on the next good tide!

#4
Holy Cow!!
Seven pricklebacks from one hole!
Good ol' PG. Feast or famine, mostly famine.
Would love to see how those end up on the dinner plate.
Nice poking.
M

#6
Wow! Cool day of fishing. Those eels are big! Congratulations and thanks for the report! Im excited to go to Catalina on Sunday. It's been a long time since I've been fishing!
B