December 2020 on the Central Coast

#1
I only got two trips in during December because of the weather - rough water and wind. Some days, up to 15 foot waves. When the waves pick up like that, the fish move out into deeper water. Besides, fishing under those conditions is not safe even if the fish were there. Since I am retired, I can wait until conditions are better, but in December, that was only about one day a week and the fish take a while to move back in when the water calms. So I didn’t catch much. I did have a good trip early in December when I got three rockfish. Glad I have a picture of them, because I haven’t caught any since.
From spot one: 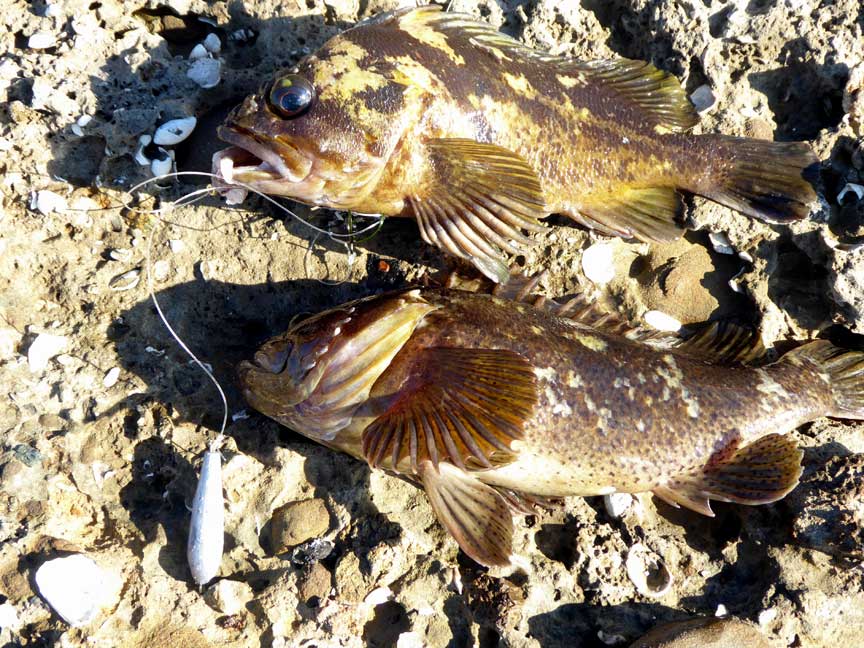 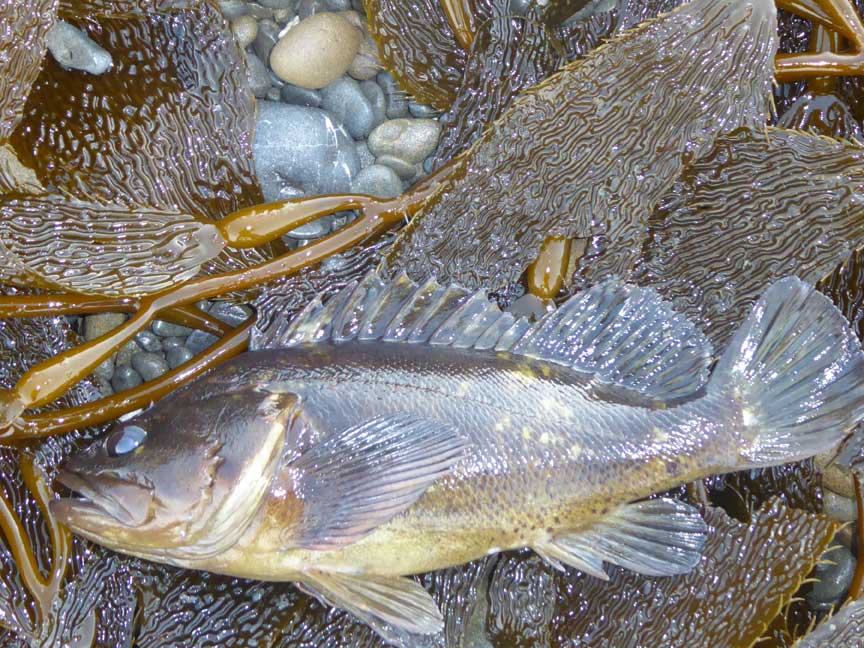 We like to saute our rockfish with a breadcrumb coating in a little butter. 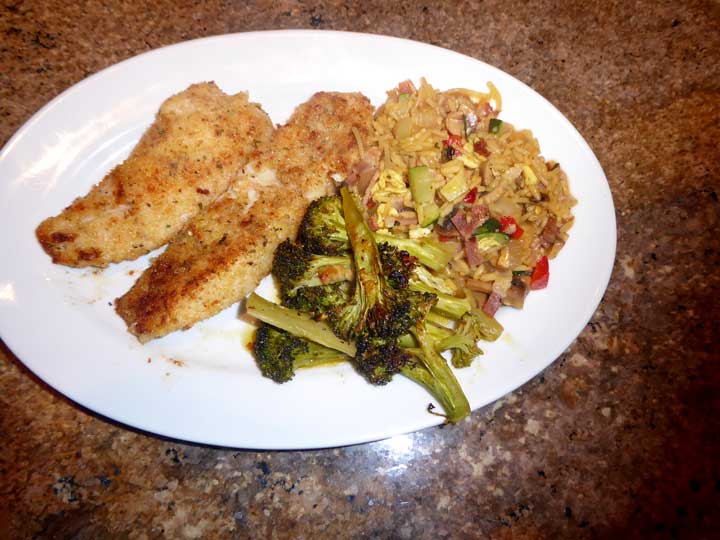 Trip number two, this is what usually happens during the winter. I only had one bite, but I go one nice cab. Look carefully in the center of the picture (I even put a red line around it). 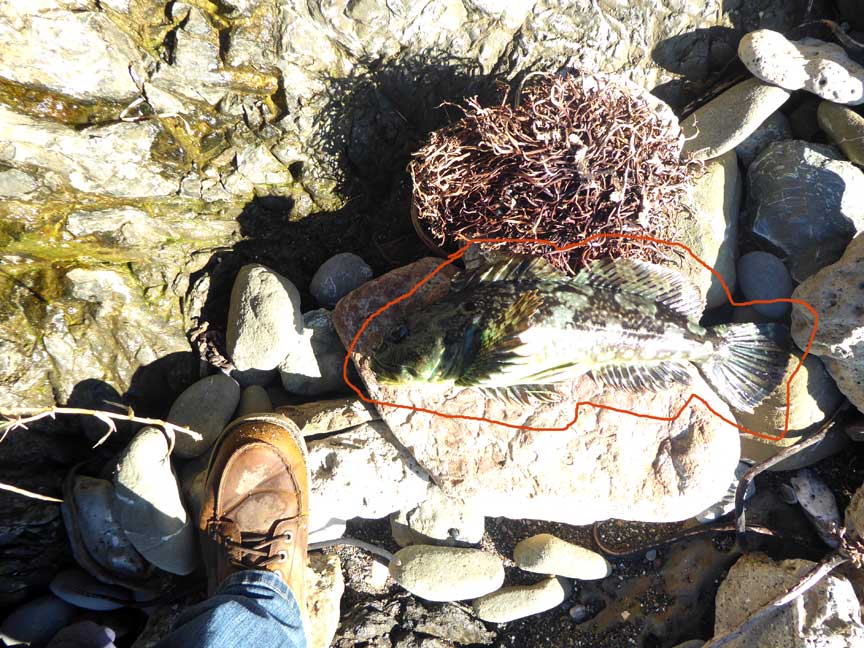 The best technique for catching cabs is to throw your squid chunks right at the rocks. You’ll get snagged, but that’s where the cabs are.

One of the best ways to prepare cabezon is in a fish chowder - especially this time of year. 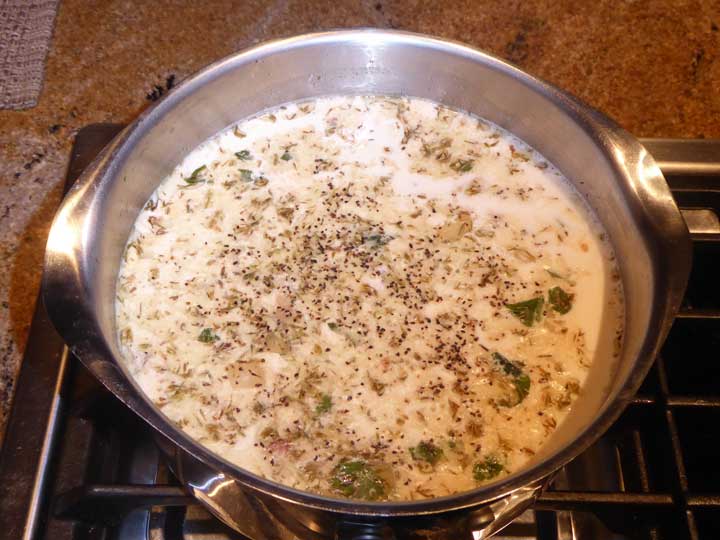 You are supposed to have sour dough bread with chowder, but I’m getting so I like the croissants. But I cook with what I have in the refrigerator and that was croissants. 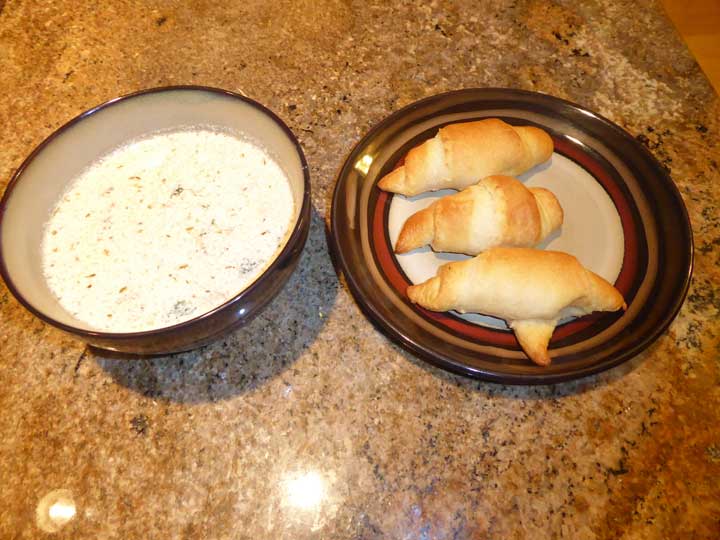 Be careful on those rocks and reefs on the Central Coast. Wet and slippery.

#3
Thanks for the report, always enjoy them!
S

#4
Thanks for the report. And nice job on the food presentation. You did very well to catch anything at all in December. And January has been almost completely blow out with big surf all but two days. That is two straight months of dangerous conditions for shore fishermen on the Central and North Coast. Thank you for the reminder of the danger. I love surf casting, but have had to content myself with some trout or striper fishing while waiting for the ocean to dial it back a bit. Hope we see some opportunities in February!

Below is a link to a very accurate web site that I monitor to help plan trips to the coast that might be productive. You can type in the name of the beach Like South Beach (Crescent City) or Salmon Creek (Bodega Dunes) or Moss Landing (Monterey Bay) and it will give you a detailed profile of the surf for the next 7 days.

#5
As always, the most consistent, valuable, enjoyable reports on the board. Very nice job during a tough time on the south central coast. I especially enjoy the food pictures. We are harvesting these fish afterall, and you demonstrate that so well.
Cheers!
E