#1
Finally got to go out fishing because the conditions have been so bad. Rough water and wind, rain, mud .......
Low tide was at 11AM at 0.9ft
I started fishing at a high tide spot and planned to move to a low tide spot later. Lots of erosion on the rocks and beach - makes the old familiar places feel a little different. Also, there were tons of loose kelp from the rough water. I fished a couple of hours in the first spot for only two bites. The first bite was a black and yellow rockfish. 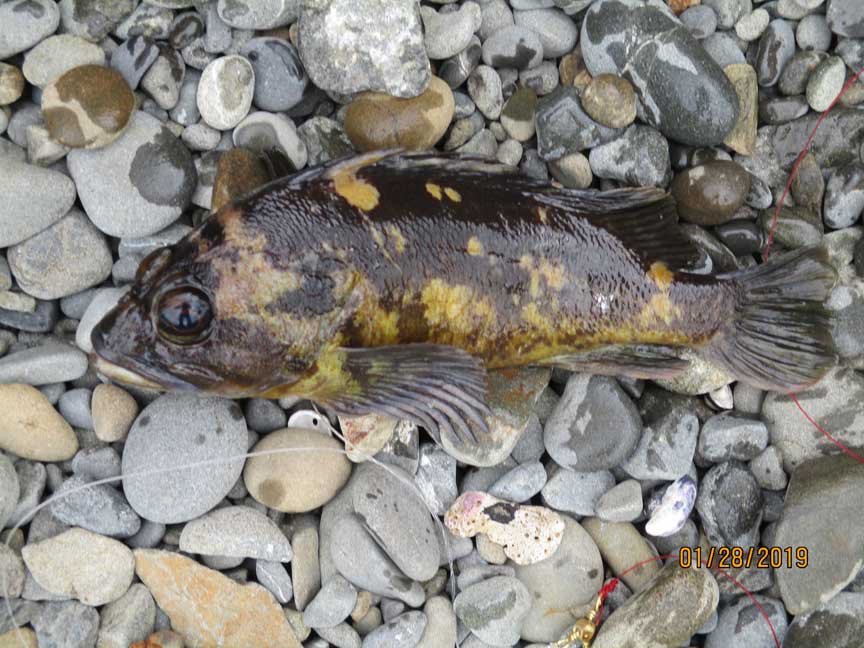 The second bite was a grass rockfish. 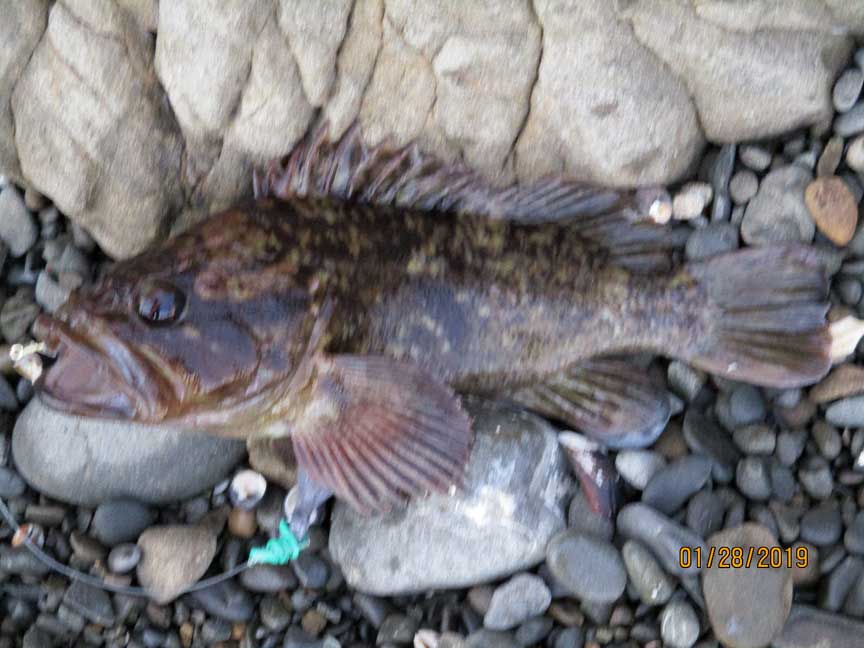 Both fish were caught casting out as far as I could and on fresh smelt. I had to bump up to 4oz sinkers because the water was rough and the wind was starting.

The tide was about half way out by now, so I moved to spot number 2. The rocks here are hard to fish at high tide. At low tide, you can climb out on the rocks and reach open water. Also, the fish seem to come in only at low tide. I fished a bit and got a really good hit which turned out to be another grass rockfish. 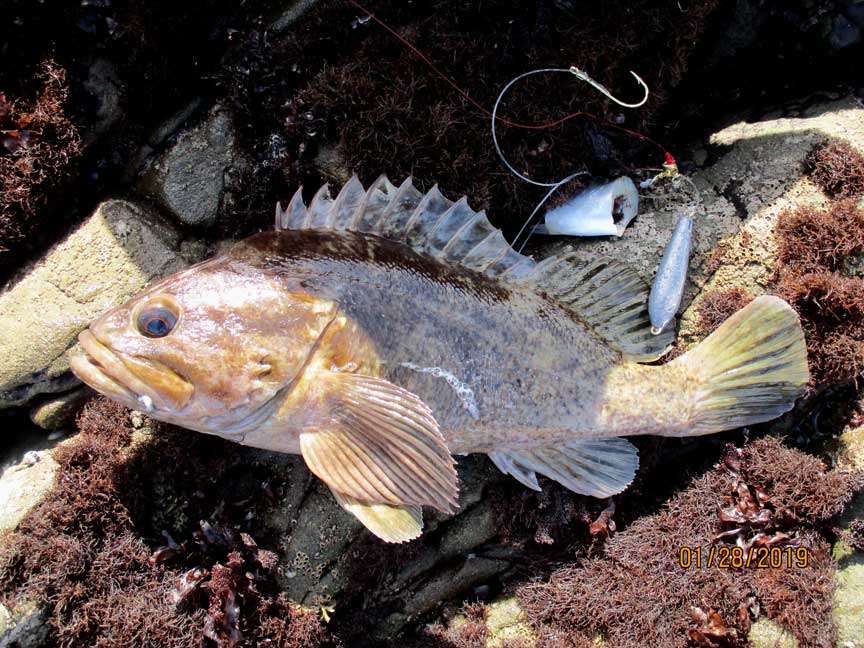 I was really lucky to get this guy as the hook came loose just as I got him out of the rocks - can see in the picture. It’s important to get your fish up to a safe spot as soon as possible - here’s why.

An interesting tidbit: first fish was 12 inches, second was 13 and the last was 14 inches - just kept getting bigger. Unfortunately, the waves and wind were also getting bigger so I moved on, always wonder what size the next fish would have been. I had enough for two meals - don’t be greedy. 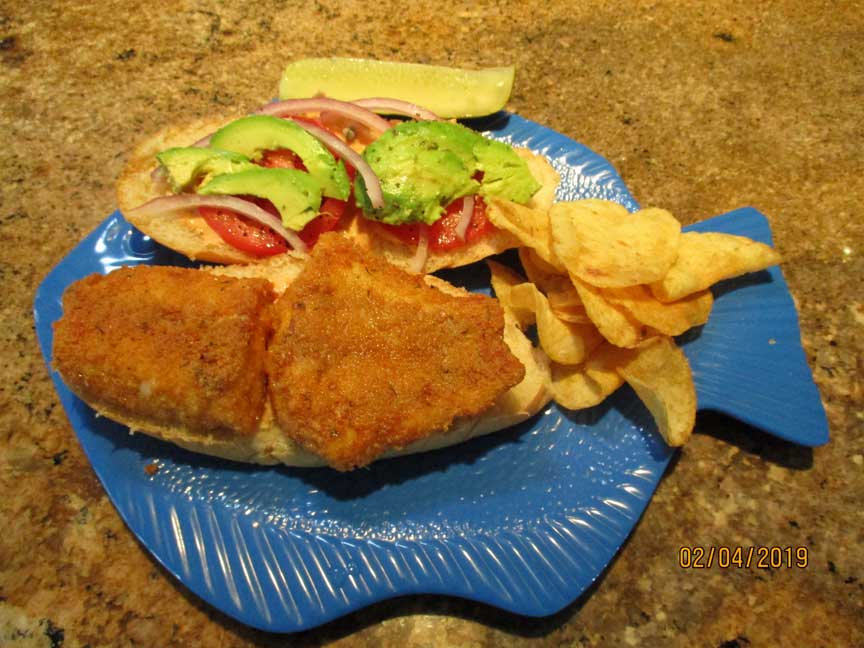 A late report for a rainy day.
T

#2
Thanks FD. Always look forward to your posts!