#1
Some random thoughts:
Weather and water are getting a little nicer. The kelp is just starting to thin out but that means lots of kelp on the rocks and floating in the water. The tides haven’t made much difference. I’ve caught fish on high and low. But the bigger fish were caught at high tide.
Catching smelt for bait has been a little difficult lately, but the rockfish seem to bite on frozen squid just as well. 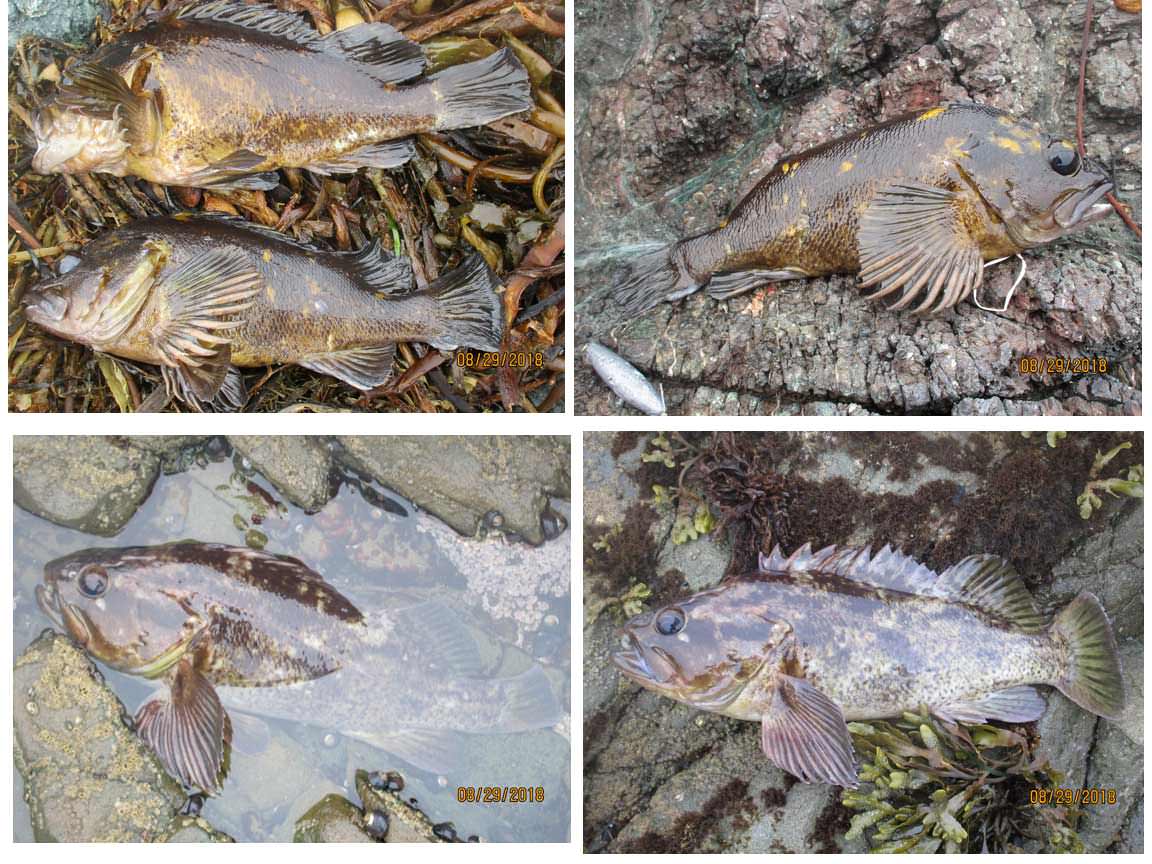 Surprisingly, at low tide, I caught some nice black and yellows. Usually, only catch these at high tide in deeper water. 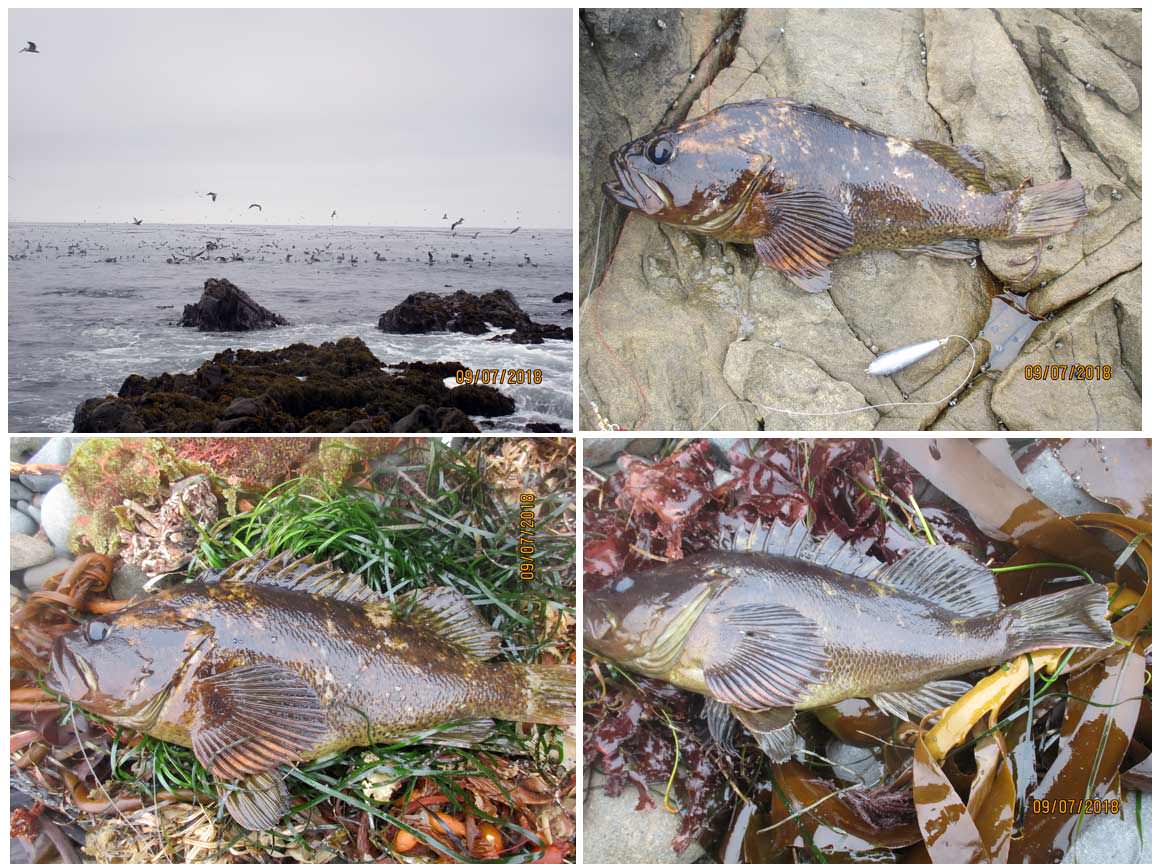 I caught three nice fish without having to move to another spot. I just kept moving from rock to rock in the same spot. Sometimes, you have to have a bit of a stubborn streak to be a fisherman. I knew there were fish there and I just kept at it. When I was leaving, all of a sudden the birds started falling out of the air - gulls, cormorants, pelicans. Even some dolphins further out. Must have been a big school of bait out there. But since I had my fish, I just watched the show. I didn’t want to cast out because I was afraid of catching a bird. 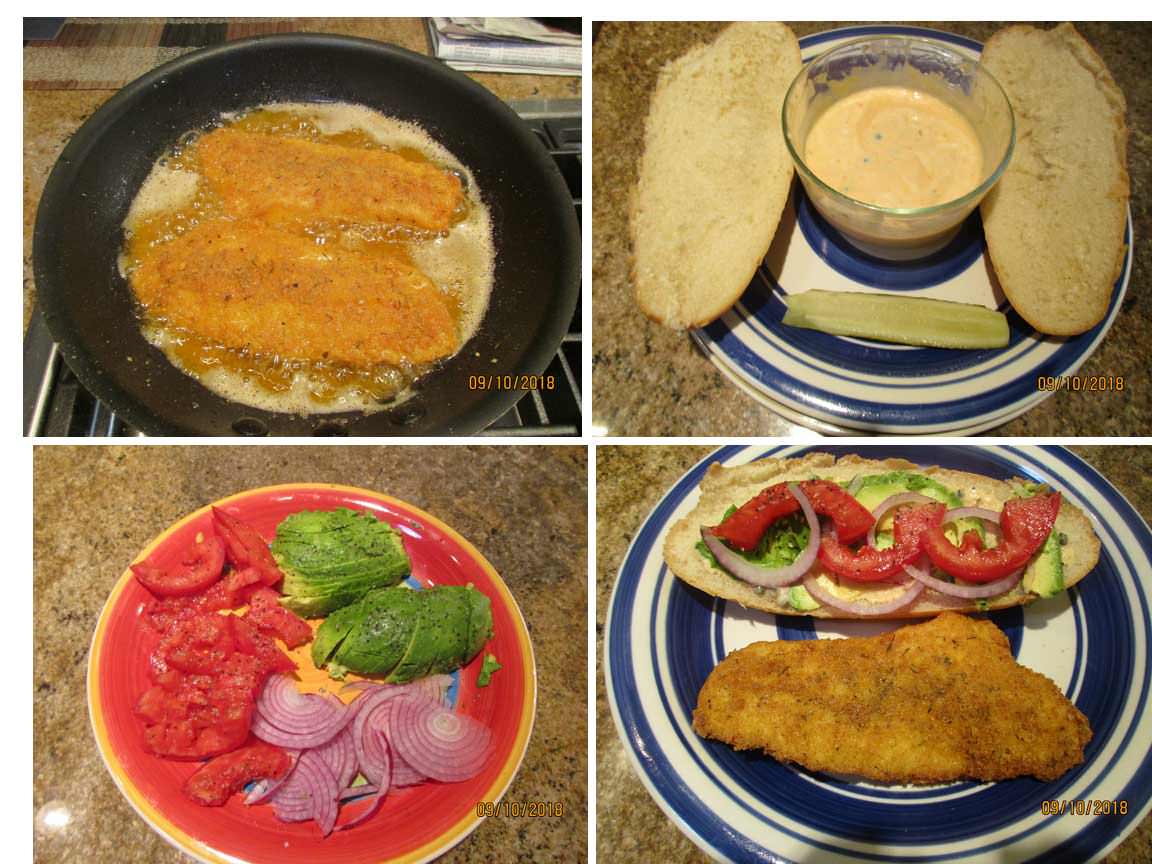 The making of a fish “po-boy”, just another name for a fish sandwich. I used a mild cajun coating on the fish, shallow fried. I found some nice french rolls (can’t do this with healthy wheat bread) and made some remoulade sauce, using whatever I had in the fridge plus some capers for Mrs. Kittyfish. Add your choice of veggies and you’ve got a great sandwich. Been making these a lot this summer since the BBQ died.

This is what I fish for in every cast I make - a 15” grass rockfish. And I got two of therm. These were both caught at a deep water spot that you can’t fish during the summer because of the thick kelp. I was there at high tide and since the kelp is thinning a bit, I was able to get them through the kelp and rocks.

Fishing is getting better on the Central Coast. Looking forward to Fall. Seems to be the best fishing time around here.

#2
Great fishing! Thanks for a great post. Good looking food as well!

Staff member
#3
Great post as always. We've got to hook up on one of my trips to the coast.