#1
Way behind. Haven’t been on the computer lately, so I will try to catch-up from my last post. This month had a little bit of everything - onshore and off-shore winds, rough and calm water. Good fishing days and slow fishing days. There’s never a BAD fishing day. I looked back in my fishing log (even behind in doing that).

I’ll start with Sept 25. It was a tough fishing day. The water was rough and it was windy. Only had two bites all morning, but got a couple of nice fish. The first was a grass rockfish, caught out far on fresh smelt. 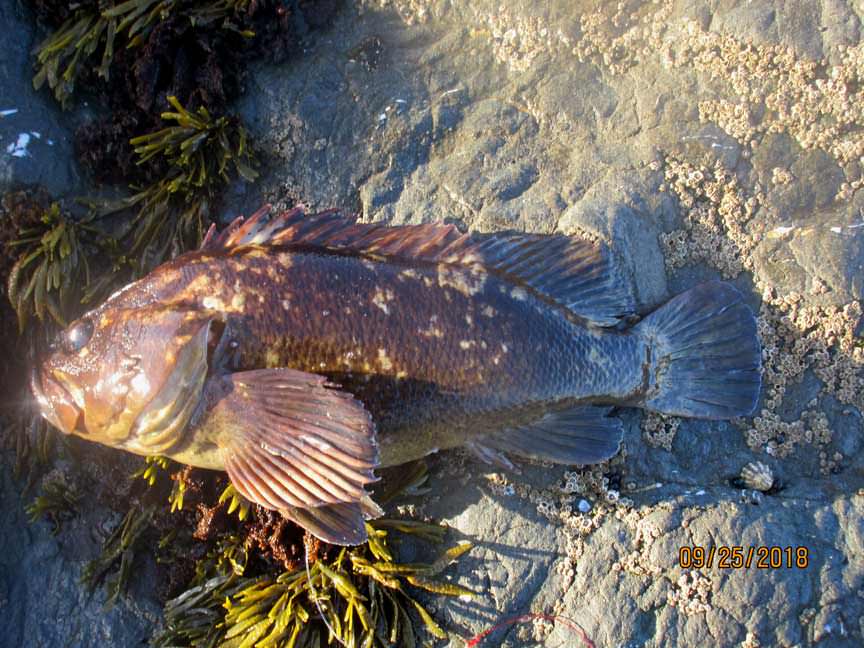 Second bite was a legal cab caught fishing in close on squid. 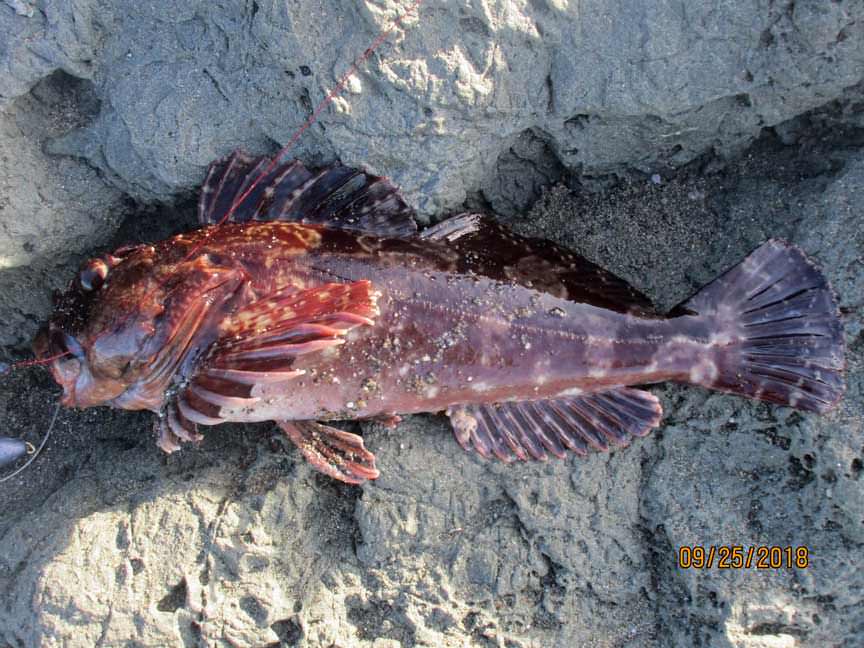 I fish for rockfish. Every time I cast out, I’m trying to catch a rockfish. But there are times when they don’t bite, so I always bring a little frozen squid along as a second bait just in case and usually catch a cab. 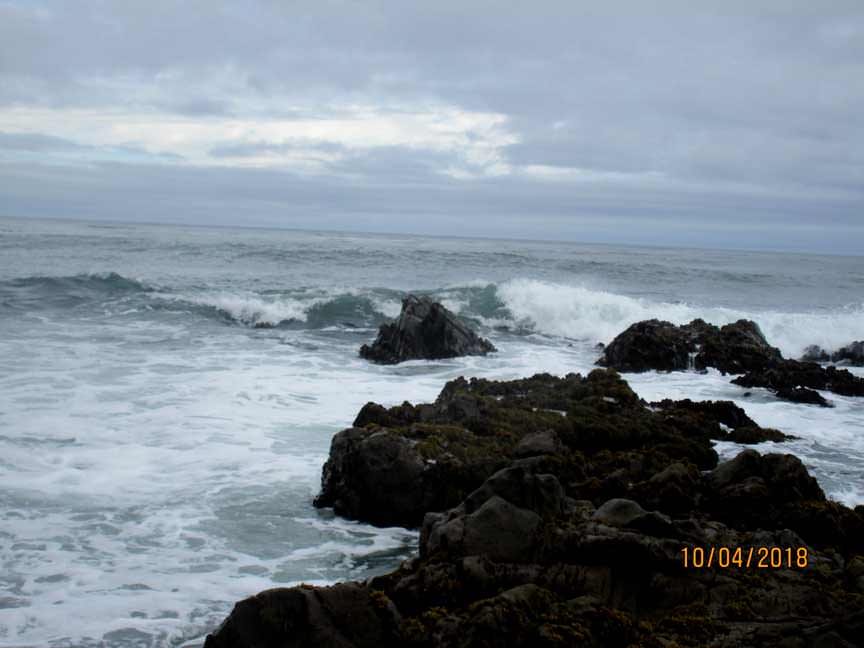 I had to push myself even to get out there to fish. But, of course, I said, “I’ll just try a few casts to see what happens.” It surprised me when I caught some nice fish. One grass rockfish and, this time, two cabs both caught on squid fishing in close. 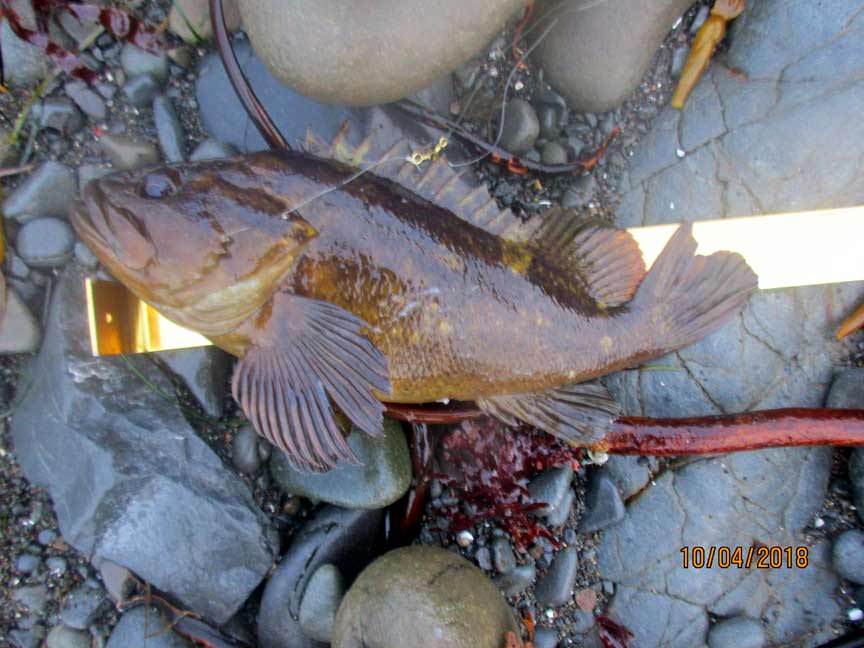 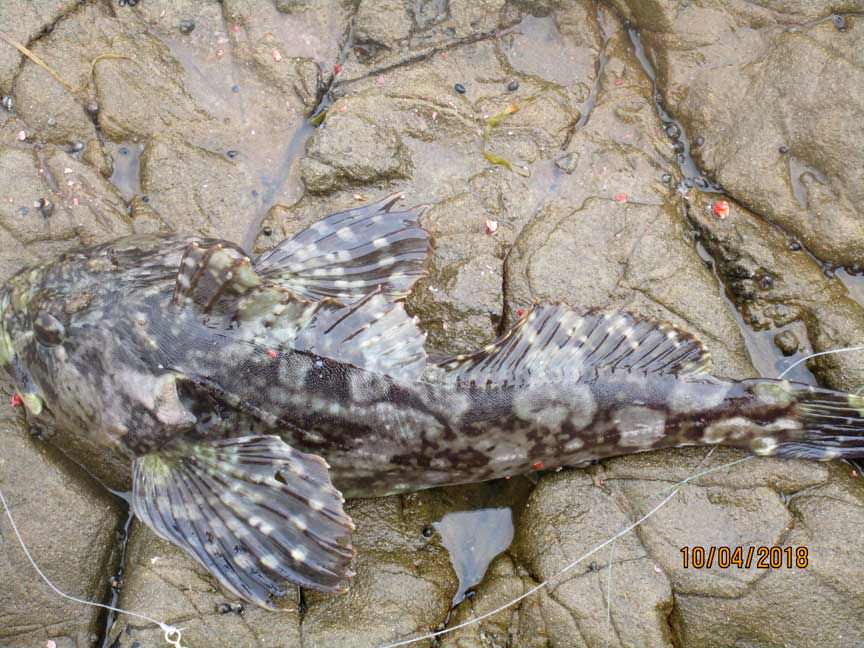 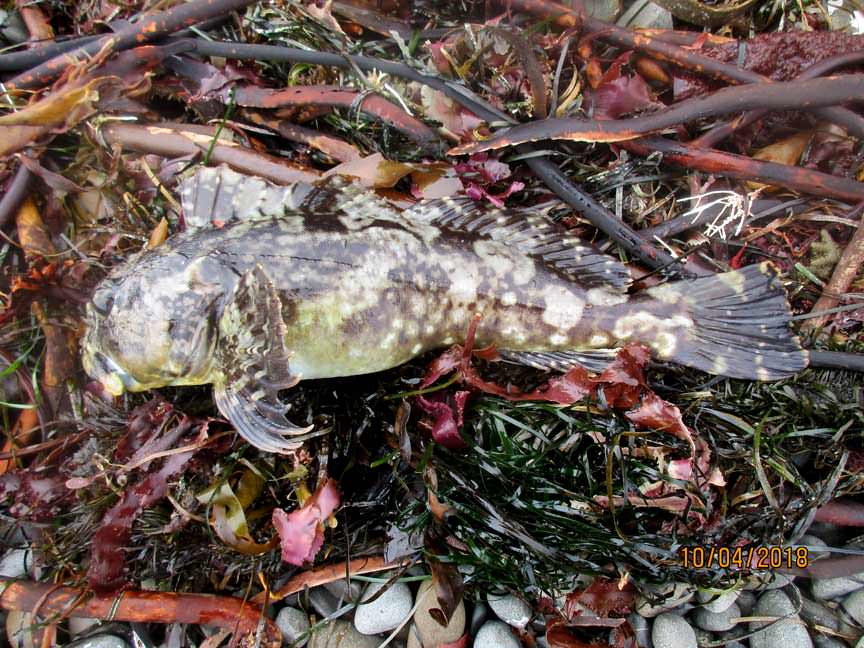 It’s that time of the year when the cabs come in to lay eggs, but none of the cabs I have caught so far have had any.

October 17
Spent a couple of days in a State Park near the ocean and only fished one day, but did well. I caught a rare kelp rockfish. I only catch one of these maybe once a year. Also caught another cab and a couple of black and yellows. 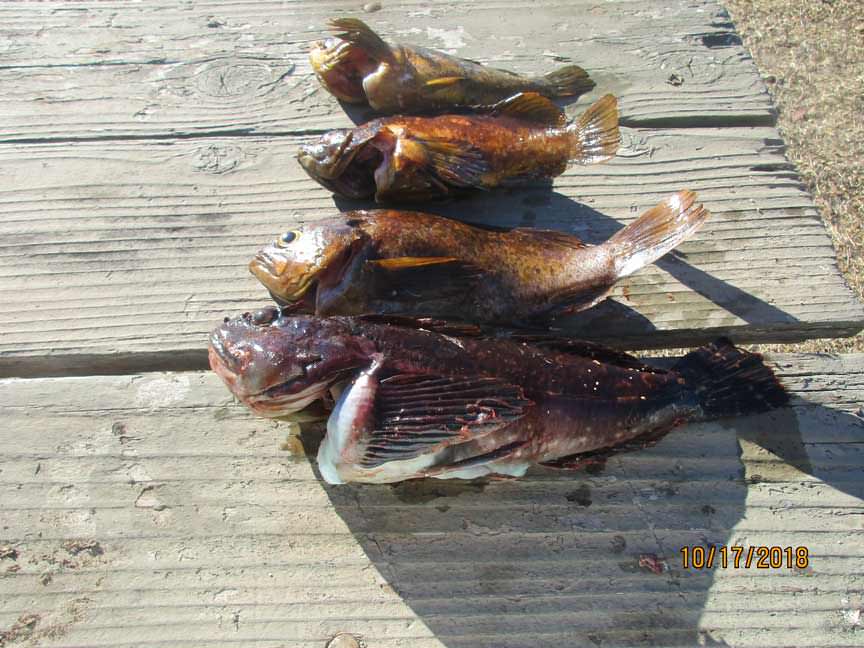 October 23
It was one of those rare, beautiful fall days. The water was smooth and calm. It really makes a difference in the fishing. I don’t get snagged nearly as much as when the water is active. Calm water means low wind so when I cast, I can get the bait right where i want it.

I caught two rockfish at the first spot. 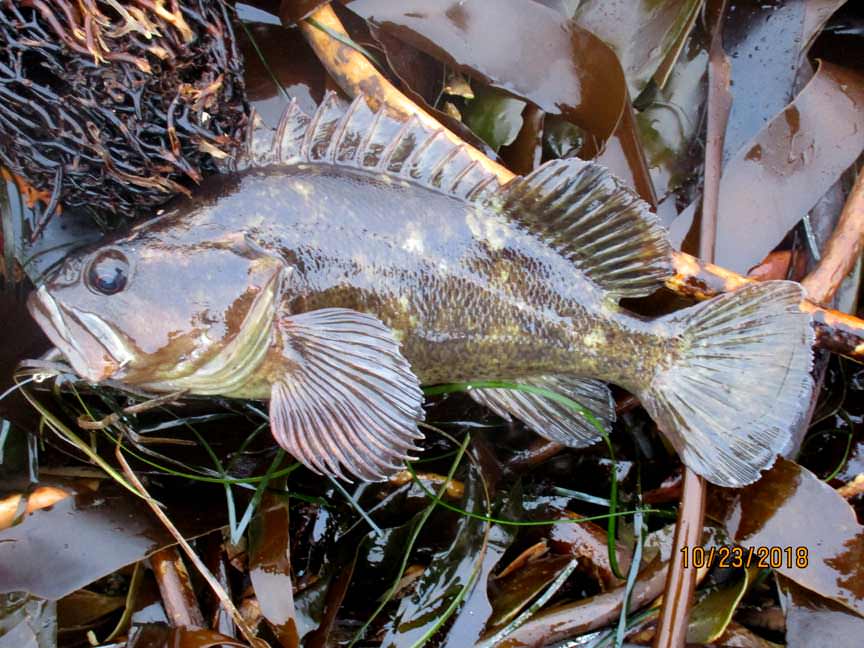 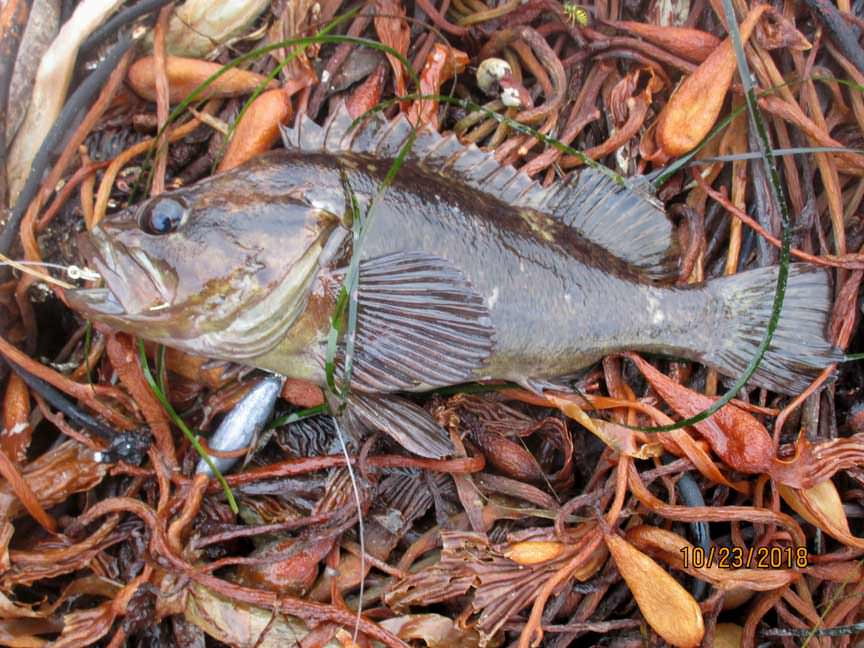 At the second spot, you can see that there has been rough water as there is a lot of loose kelp on the beach - very slippery. I caught two more rockfish, both casting out far with fresh smelt. 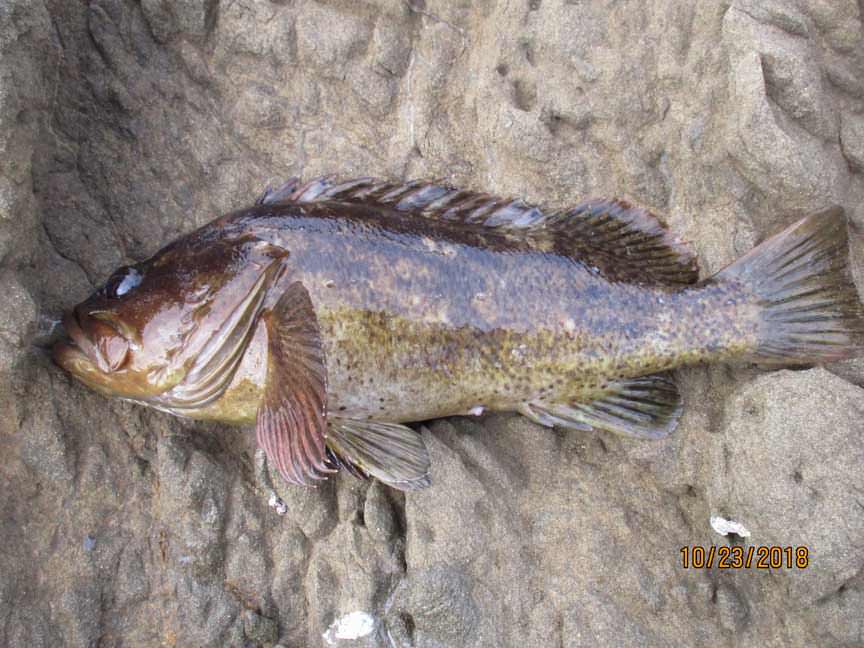 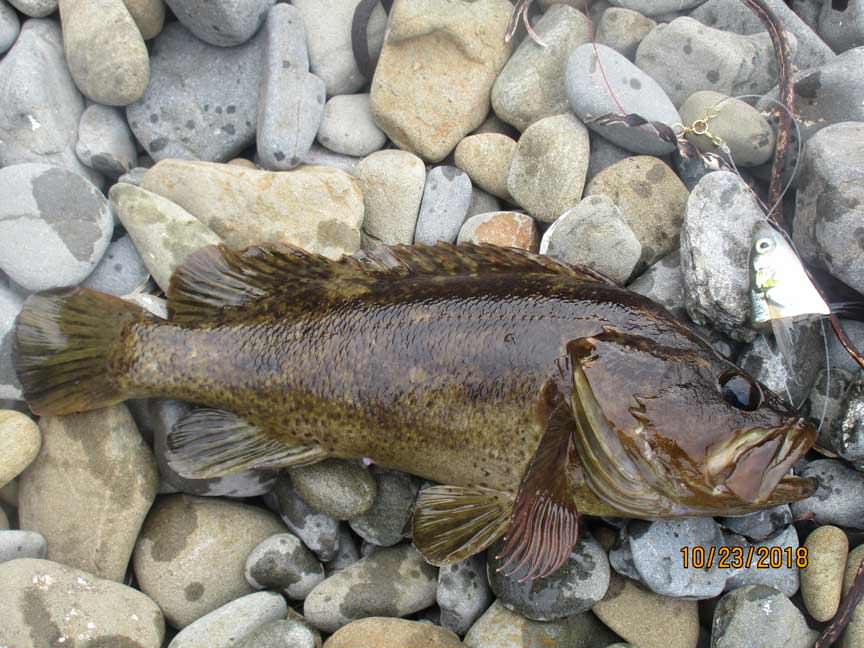 That’s more fish than I usually keep, but knowing that winter is coming when the fishing may be slow or weather bad, I wanted to get a few to sock away in the freezer.

Fall fishing on the Central Coast - a little bit of everything.