Just wanted to give a brief report about the Capitola Wharf. I went out for a couple hours(10:17am-1:48pm) and I went to the end of the wharf when I got there. It was fairly busy, but not so crowded like Pacifica so finding a spot was easy. I caught 7 shiners for halibut bait, a couple thrown back bullheads, and a walleye perch that was also released. 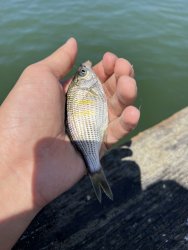 After a hour of bait fishing, I moved to the cleaning table and threw out a shiner on a slider rig. Meanwhile, I fished my lighter rig between the pilings and caught a fair sized kingfish on some anise-soaked anchovy chunks.

After about 35 minutes, I replaced my shiner and this time threw it out further from the pier. Listening to radio chatter coming from the boat shed, everyone was looking for anchovies out on the ocean. That’s when I saw a bunch of flashing in the water below. One sabiki drop later, and the anchovies were right on the pier😆

I retrieved my shiner to switch it out, but it had been chewed and scrapped by guess-who, Mr. Barnside. I didn’t have time to try again, since my dad and brother wanted to get Pizza My Heart. But next time, I’ll get ‘em 🤷‍♂️ Dumped the rest of the shiners back and went to the car.

Anyways, I fried up the kingfish. Always love them, though I wouldn’t want to eat one out of SF bay 🤢 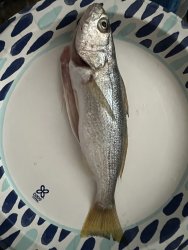 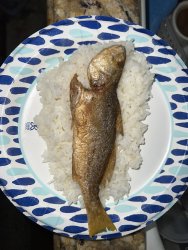 #2
I always liked Capitola when I lived up there. SC is nice since you can fish right out of the back of your car (used to be able to anyway) but
I always felt Capitola had a better atmosphere.