There are only certain places that I fish on a minus tide that I can catch anything. And this early, the rocks are still pretty slippery as the sun hasn’t been up long enough to dry them. You have to be careful fishing on the rocks but extra careful fishing them on an early morning minus tide.

First bite of the day, after about an hour of fishing, was a nice cab. I was casting out as far as I could to get past the kelp. This fish bit on frozen squid. 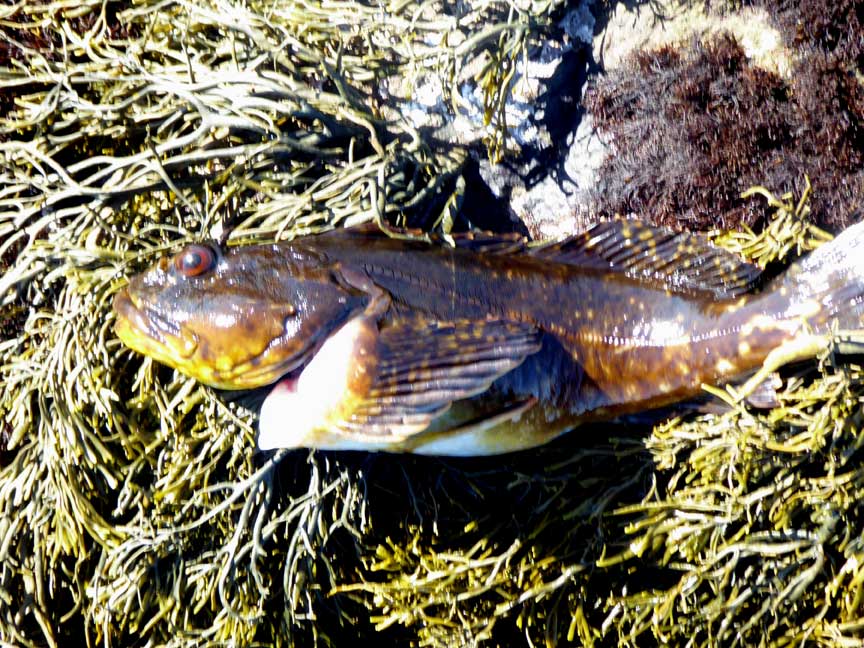 After more cast, cast, casting at the same spot, I got bite number two. After a spirited fight through the kelp, I brought up a 16” grass rockfish. Grassies have been rare around here this spring and summer. The fish was also caught casting out as far as I could and on frozen squid. 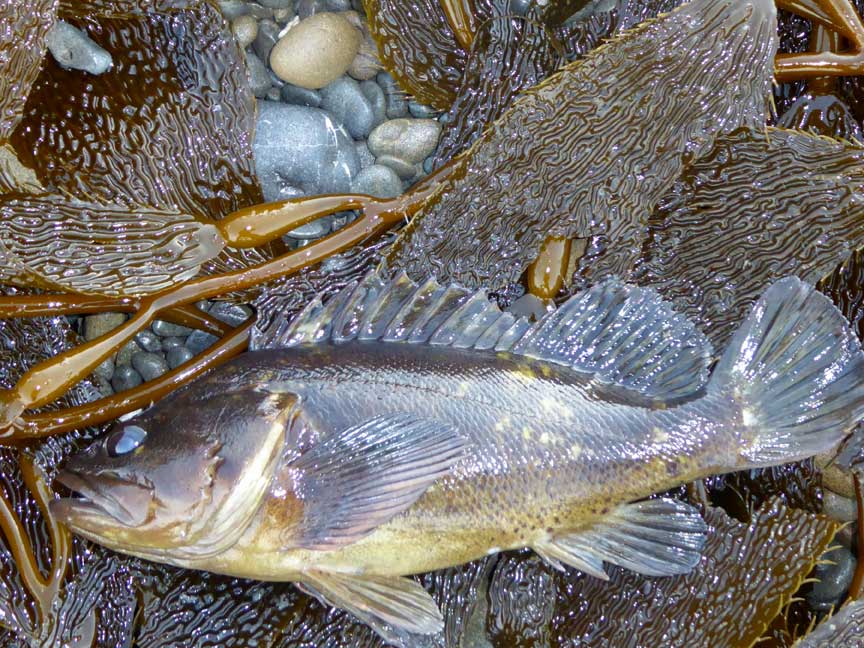 Time to move as I was starting to get washed off my rock with the incoming tide. I decided to move to a spot close by where I haven’t had much luck. I had two nice fish already so it was time to try something different. Once again, casting to left and right, out front - you get the picture. Then, unexpectedly, something happened. I cast too hard and got a backlash. The bait landed in a lot closer than I had been fishing. Just as I started to reel in slowly, I got a hit. I reeled down, got all the slack out of the line, pulled back and hooked cab number 2. Pretty fish - nice burgandy red. 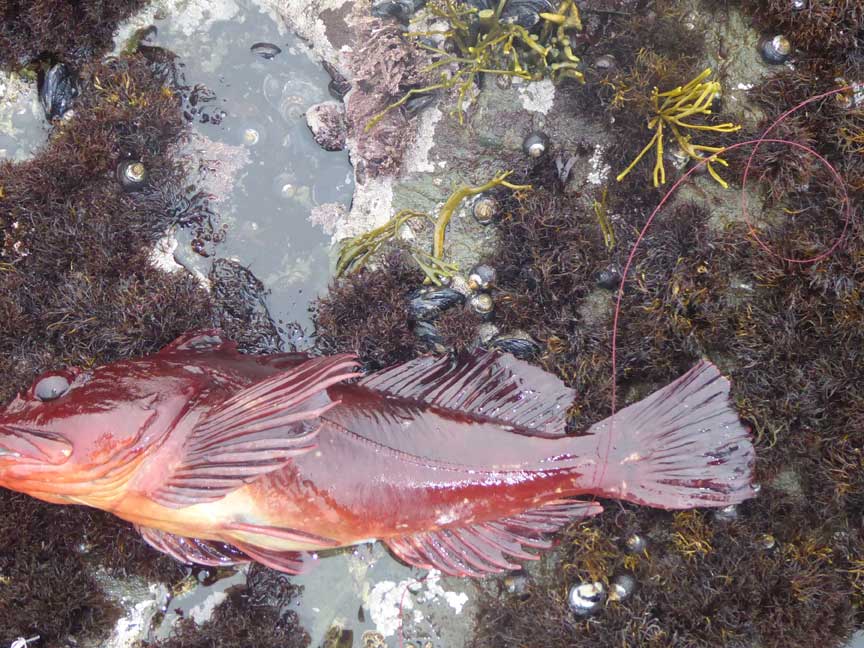 Have I been doing it all wrong by casting out too far? I won’t know until I go back next trip,

So what became of some of the fish? Dinner!
Pan seared rockfish with some dates and a salad. 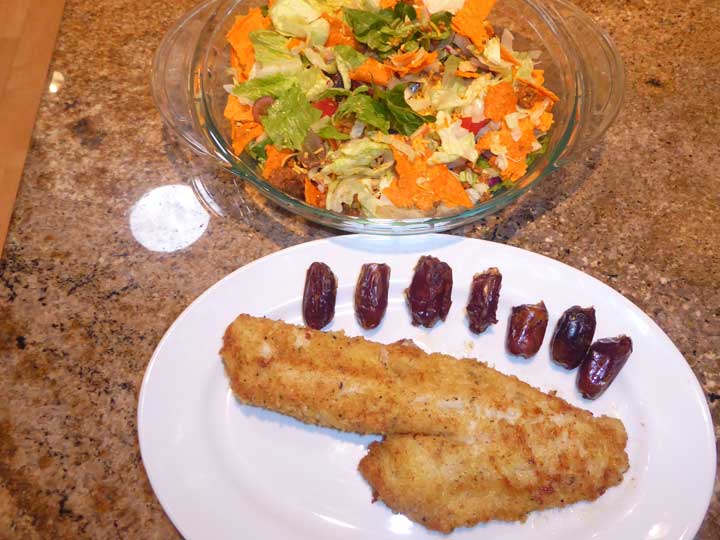 Good trip and some good food, what more can you ask for on the Central Coast.

Staff member
#2
Thanks, I always enjoy your fishing trips — and the sight of good seafood.

I used to fish the rocks a lot when I lived in Mendocino and still seemed to fish all the different environments—pier, surf, rocks, and boat. That was before this site started in 1997. Seems like when I go fishing now it's almost always to a pier looking to expand my list of fish or to get an update on the piers. I have two tickets for a boat out of Oxnard and trying to figure out when I can use them.

#4
Nice to see you're still slaying it out there!