Snuck in one morning fish south of Crescent City

#1
Met up with family in Crescent City to exchange some paintings on the way to an auction for charity. We were able to fish just south of the city on the outgoing tide for 14 surf perch between my daughter and I (6 wall-eye, 5 red-tail, and 2 barred.) We lucked out with a smaller surf than you would expect for this time of year. The Hi/Lo rig with Gulp Sand Worms ("Blood" color) keeps on producing!

#2
Nice job! Special to get to spend time like this with your daughter! Thanks for the report!

Staff member
#3
Congratulations and you're a lucky man. Was hoping to go up there this fall for our Trinidad Derby but had to cancel it due to the pandemic. Am thinking I will make a trip in the spring when the perch are running.
S

#4
Yes, I was VERY lucky to have gotten that opportunity. Unless you already live on the north coast, there is NO easy drive to Crescent City (8 hours drive from my neighborhood in south Sacramento!) So I don't usually get up there but once a year. My daughter lives in Vancouver, Washington so Crescent City was a pretty good distance split for us to meet up. She had never caught a fish from the surf before, so it was a pretty special morning "playing hooky."

#5
One of my favorite places in the world, right there. I wrote this a few years back....

Years ago, long before Mrs. DOMPFA and I tied the knot, we took the long drive north to Jedediah Smith Redwoods outside of Crescent City, CA to camp and hike and cook over fire and do boyfriend & girlfriend kinda stuff. An outdoorsy gal to match my own granola-ish tendencies, she chatted up a couple of locals at the gas station about nice beaches in the area. An old gnarly hippie, who most likely spoke Boontling as his native tongue, told us about Endert's Beach on the south side of town, and off we went to seek our own insular Tahiti in the cool, perpetual overcast of extreme NorCal.

We pulled off Hwy 101 and started down the long stretch of two lane highway, flanked by blackberry briars and wildflowers, to a nondescript turnout and a deer path heading out toward the dunes. Soon, we were walking through long-standing spider webs, as garter snakes skirted across our path, appearing and disappearing just as quickly in the thick green blanket of grass and blackberry vines. Along the way, we picked handfuls of the wild berries and popped them in our mouths, savoring the sweetness of the fruit, and the equally satisfying beauty and solitude of this place. Just a few yards from the trail, a black bear busied herself with her own berry gorging, seemingly oblivious to our passing. Truly, this was one of the most wild and untouched places we had ever been, and so close to the highway.

The beach itself is wide and clean, heavily influenced by the tide and the relentless surf that pounds this part of the California coast into submission. Sand crabs, sand dollars, shorebirds, and--at high tide with the right bait-- red tailed surf perch are plentiful. An osprey hunting fish outside the surfline was a welcome sight, as was the occasional bear that would lumber along where the blackberries met the sand. Lots of driftwood, agates on the rock piles, and sea glass polished by the surf made beach combing productive.

SoCal beaches can't even begin to compare to this level of natural beauty, even off the beaten path spots like Padaro, Blacks, and El Capitan. If you ever have the chance to enjoy a beach like Enderts or many other spots from Southern Oregon down along the Lost Coast of California, please take a moment to see nature as the Great Programmer intended it. It truly is a Thin Place-- a location where the distance between heaven and earth are significantly closer than average. 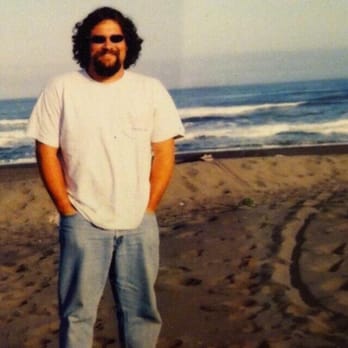