#1
If you just have fish - it’s fish chowder
If you have some shrimp or clams to add in, you have Seafood chowder.

First thing you need to do is to catch a legal cabezon. That’s the fish I like best to use in chowder, but any rockfish will do.
I take the shortcut and use canned chicken broth instead of making a fish broth from scratch. My wife doesn’t like to see fish heads and shrimp shells cooking on the stove.

1. I diced up 2 Yukon gold potatoes in a small dice. Russet potatoes also work fine. I used Yukon gold because that’s what I had on hand. I usually use more fish than potatoes, but this time it was about half and half because my cab wasn’t huge. 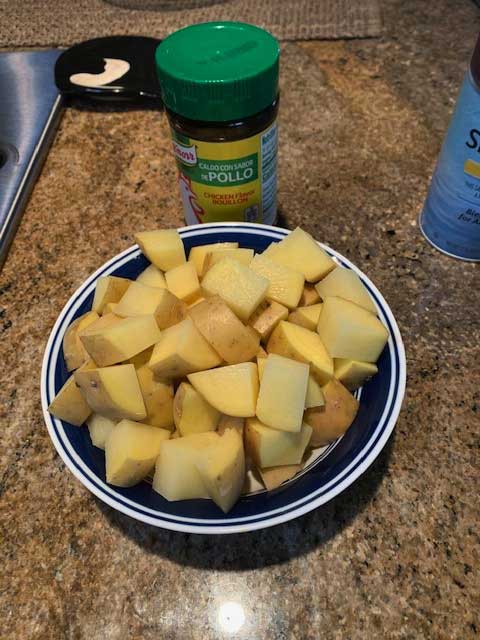 2. I boiled the potatoes with a little chicken bullion in just enough water to cover the potatoes until ad dente - not soft. You will simmer them later with all the ingredients. The potatoes were boiled in a separate pot and put off to the side. 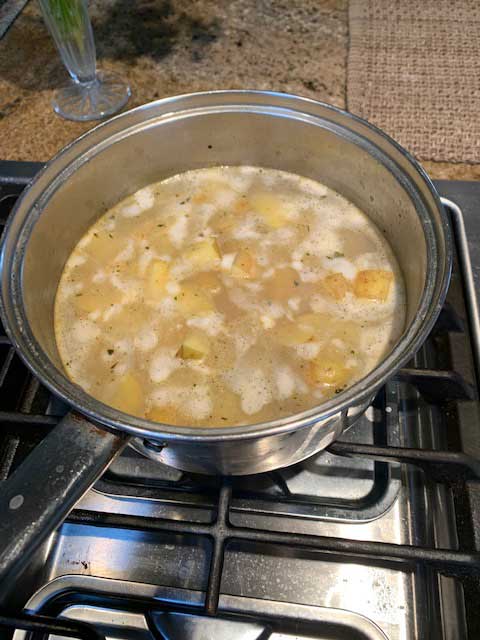 3. I diced up the fish and seasoned it - pepper and Emril’s Essence 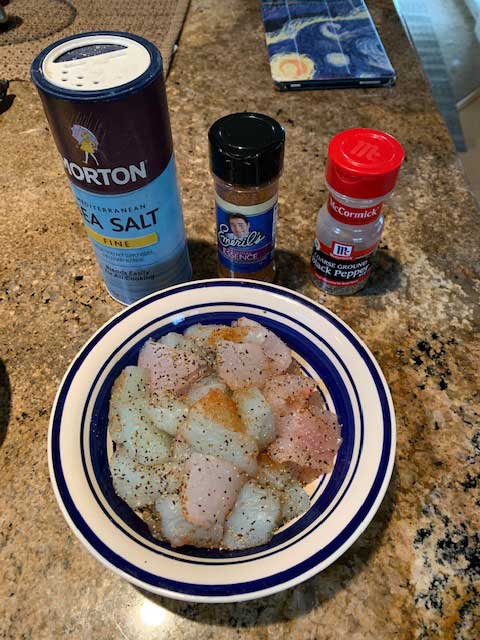 4. Went to the freezer and found a couple of shrimp. Thawed, peeled, chopped and seasoned. 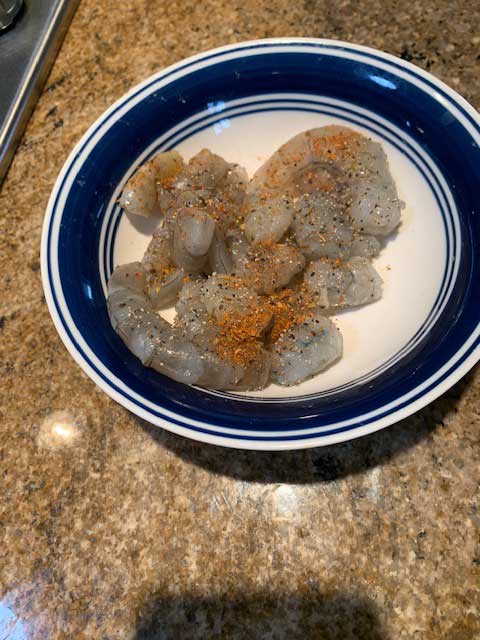 5. Diced up two slices of bacon and cooked them in my chowder pot. 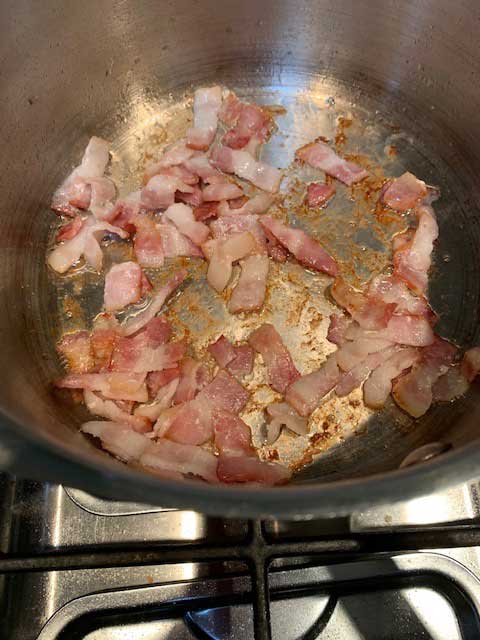 6. When the bacon was about half way done, I added some diced sweet onion and celery and sauted them with the bacon until translucent. Use amounts depending on how you like it. I used about a half an onion and a stalk of celery. 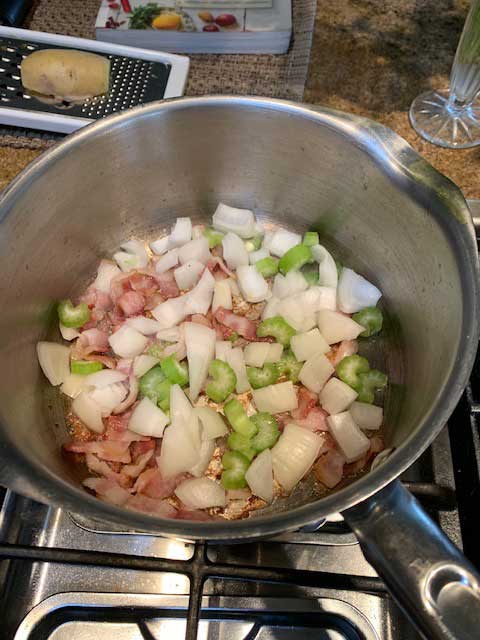 7, Add the potatoes and liquid to the bacon and veggies. Stir and get any bits of bacon off the bottom of the pan. My chowder is never white because of the bacon and bacon bits. Let it simmer for a few minutes, and then, in goes the fish and shrimp. Let it cook just a couple of minutes on low heat, 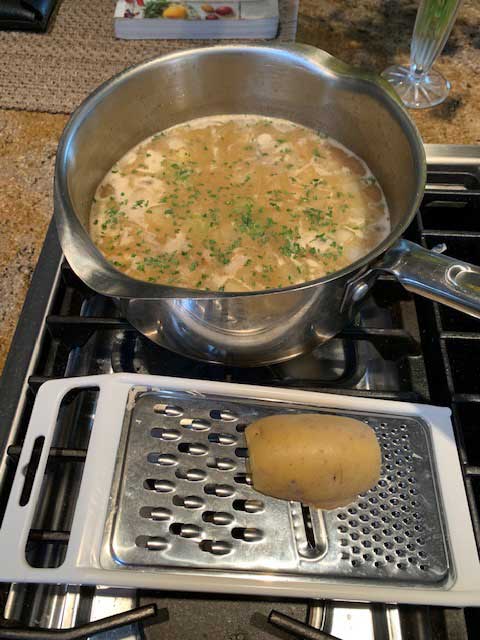 I reserved a half of an uncooked potato to grate into the mixture to help thicken it a little.

8, Now add a small container of half-n-half and one can of chicken broth, a little Old Bay seasoning to taste, some parsley and green onions for color. Cover the pan, turn off the heat and let it sit for an hour. That’s called ‘curing’. There’s plenty of heat in there to cook the seafood. 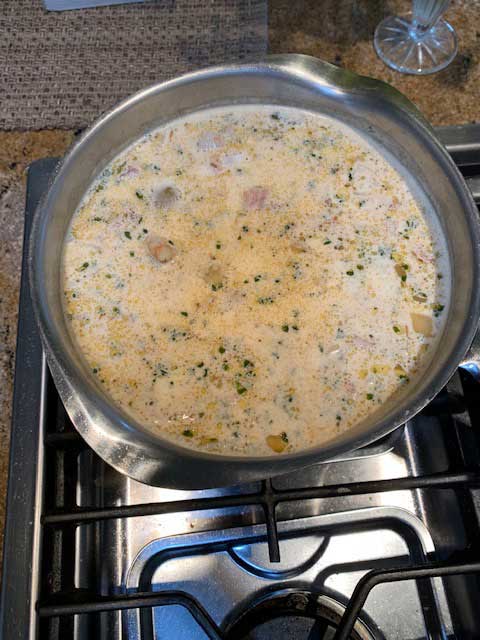 Notice, I didn’t use any salt. Salt it at the table to your taste. 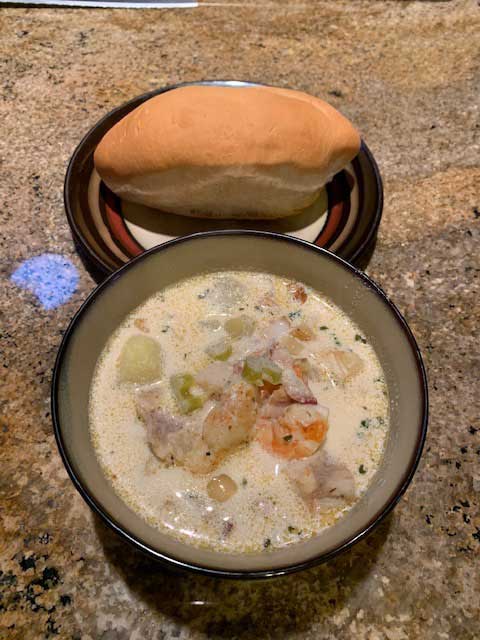 Again, you will have to adjust ingredients and seasoning to what you have on hand and your own taste.
Also, the chowder is usually better the second day. So I will use up my fish and make a big pot the day before I go fishing. Dinner will be ready when I get home when I slowly reheat my chowder.

#2
Thank you frozendog, this is perfect!!
B

#3
excellent will try that thanks