#1
I know this a late report. Is there any other kind? At least from Frozendog.
This is just a bunch of random thoughts about fishing on the Central Coast in October.

Fishing picked up in October. Much better weather, water and wind. Fall is definitely the best fishing weather, in my opinion. We even had some off-shore wind and with the off-shore, I was able to cast further out and I started picking up some black and yellows which I don’t usually catch. The extra distance from the wind made the difference. With the better weather, I was able to use lighter sinkers - 3oz instead of 4. I get snagged more with the 4oz but they do hold bottom better when it is rough.

I wasn’t able to catch any fresh smelt, avoiding people on the docks, so the fish were caught on frozen smelt and frozen squid.

I saw more fishermen out there, but none of them are talking.

Last thought, the year is coming to a close, so start thinking about that new fishing license. Hint, hint for Santa - he can even get one on line. 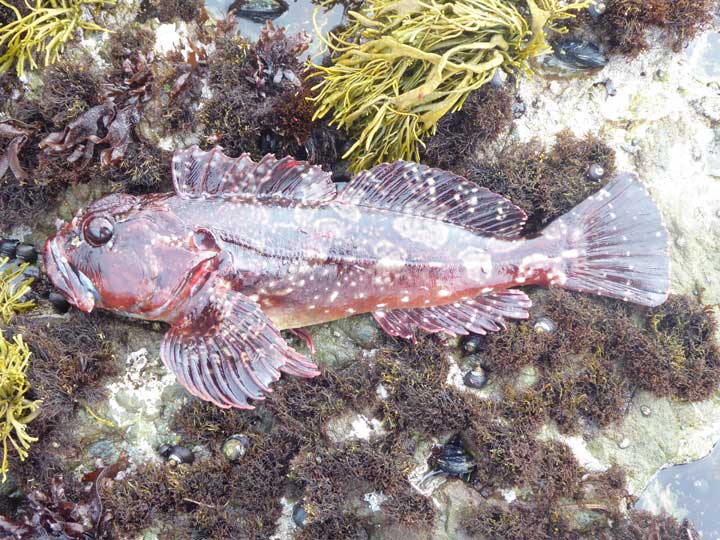 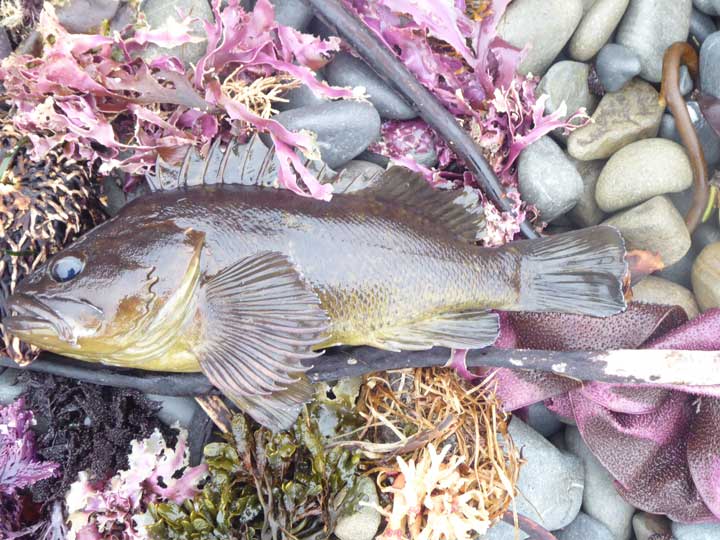 Leopard shark. Surprise, surprise! Only catch a couple of those during the year. 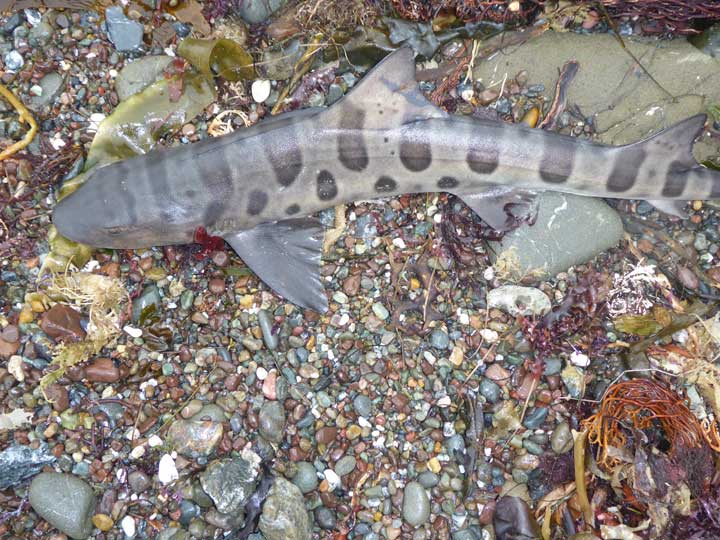 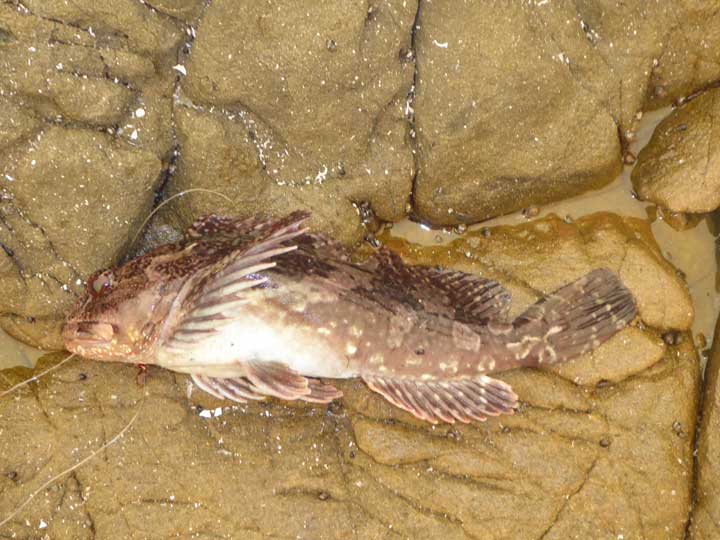 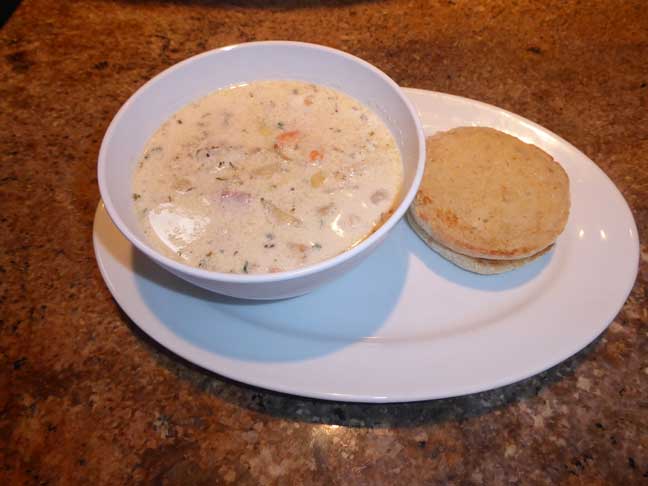 The second week in October: 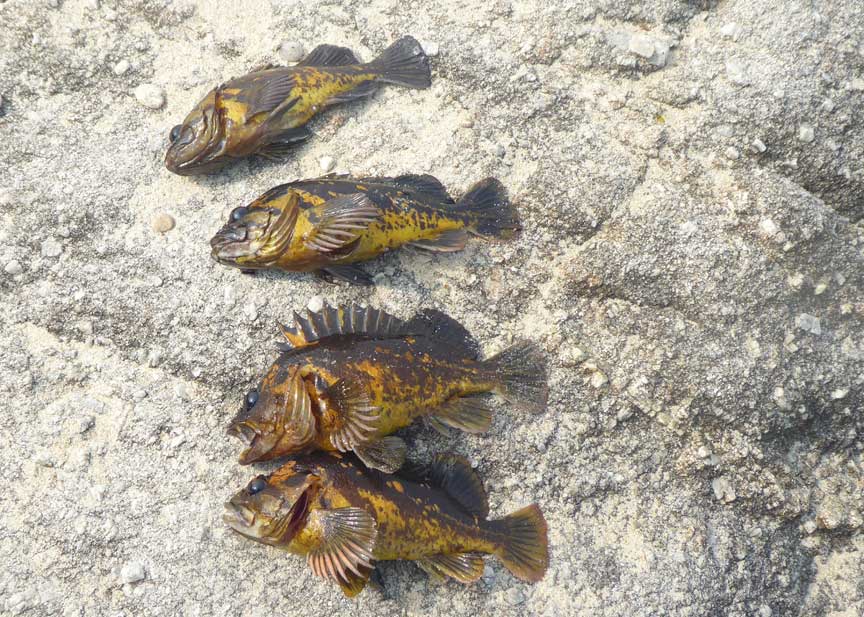 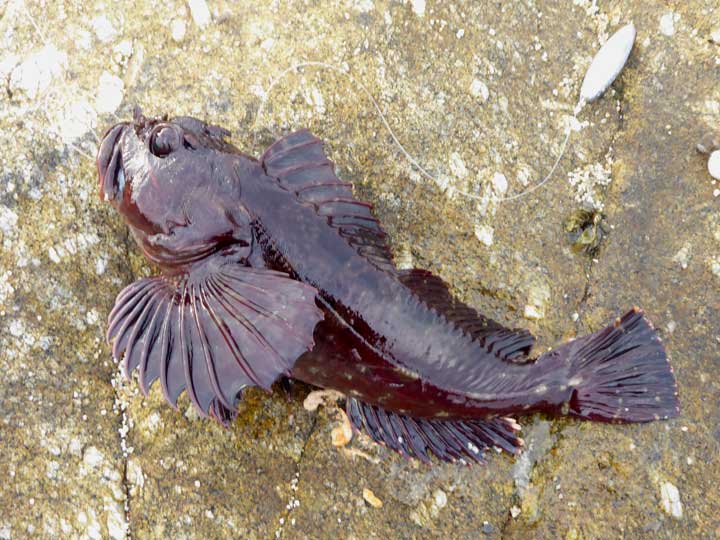 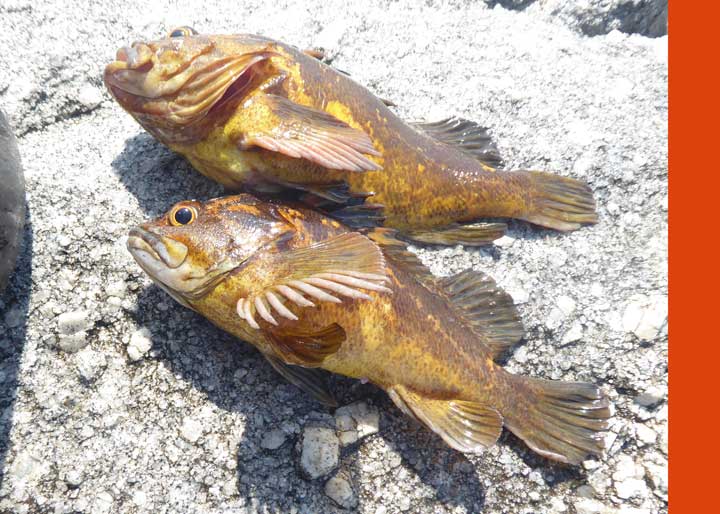 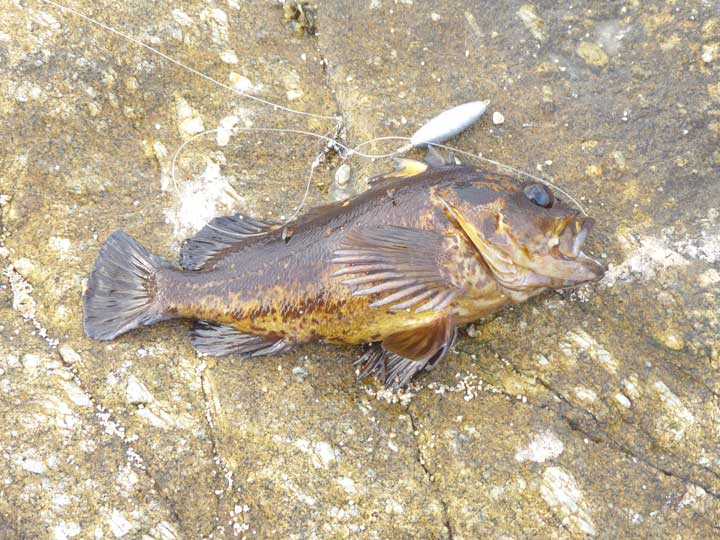 Another black and yellow. I told you they were out there. I just couldn’t reach them without help from the wind. 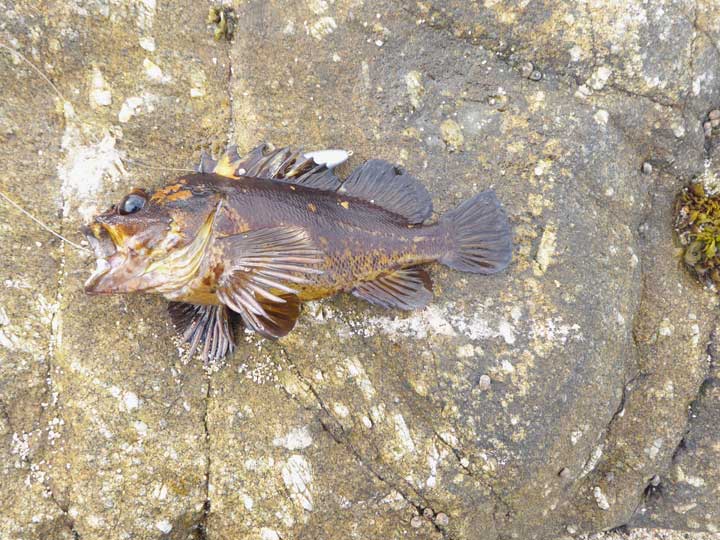 One of our favorite and easiest preps is pan sauteed rockfish with some rice and veggies. 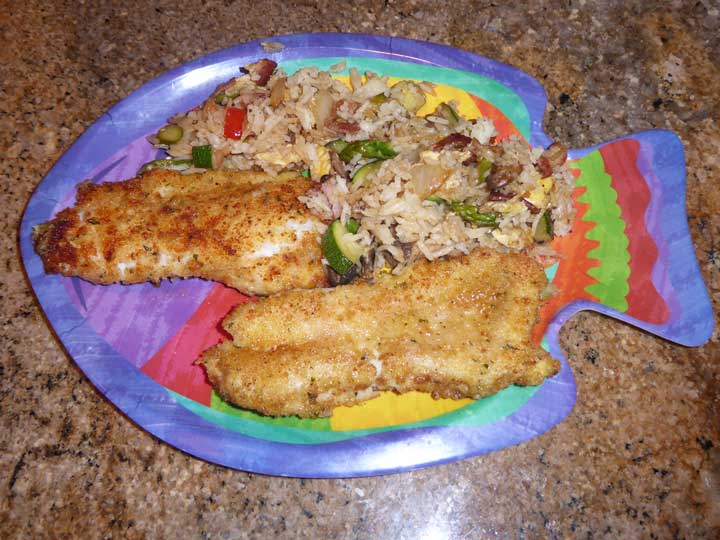 The last week in October: 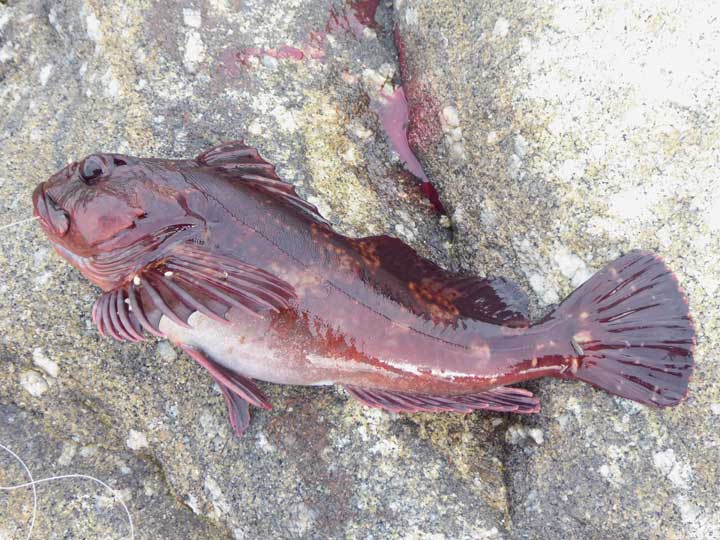 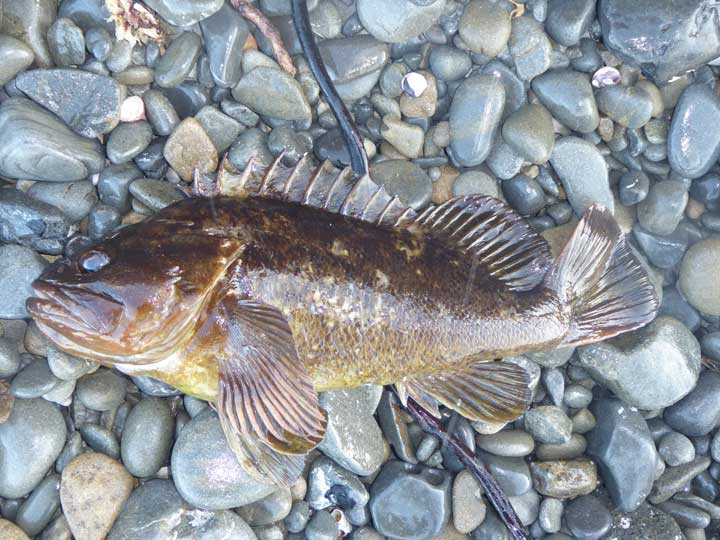 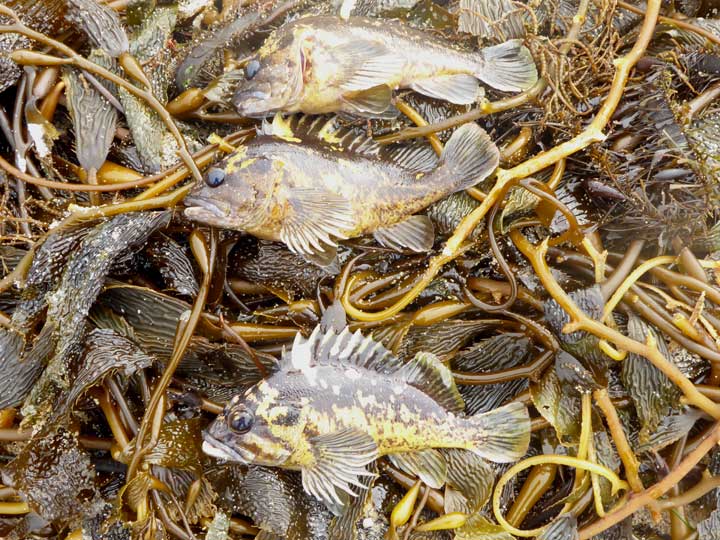 Another easy prep, an open faced fish sandwich. Dipped the fish in a cajun coating and shallow fried. Top with whatever you want. 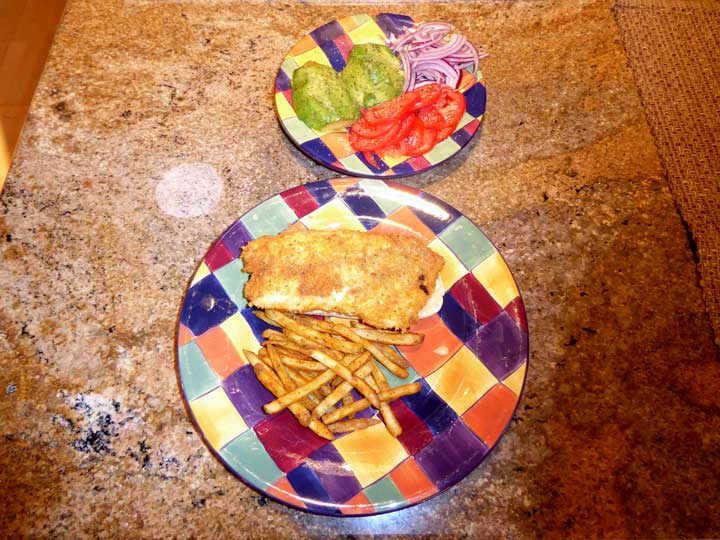 A good month. Have to wait all year for Fall. Next installment is coming soon - November.
E

#2
Nice job! Thanks for the report. I need to find a place near me to target rock fish from shore!
S

#3
Hey, Fd! Thanks for the report and all of the pics. I had forgotten how much I like fish chowder.
Your pics tell a tale of lots of hours of work by a skilled fisherman. Well done indeed.
M