#1
The weather this year caused a big break between fishing trips: the usual Spring problems - water too rough or too much wind and even little rain this year.

May 8, an early morning minus tide for a change. With a minus tide, I was able to climb further out on the rocks than usual. Further out + deeper water = bigger fish, right? Wrong! At least for the first couple of hours. But at about half tide, the fish started to bite. During the next few hours, I managed to get four black and yellow rockfish which have been rare this year. They weren’t big but they were big enough. They just don’t get that big fishing from shore. All these fish were caught casting out far on frozen smelt. 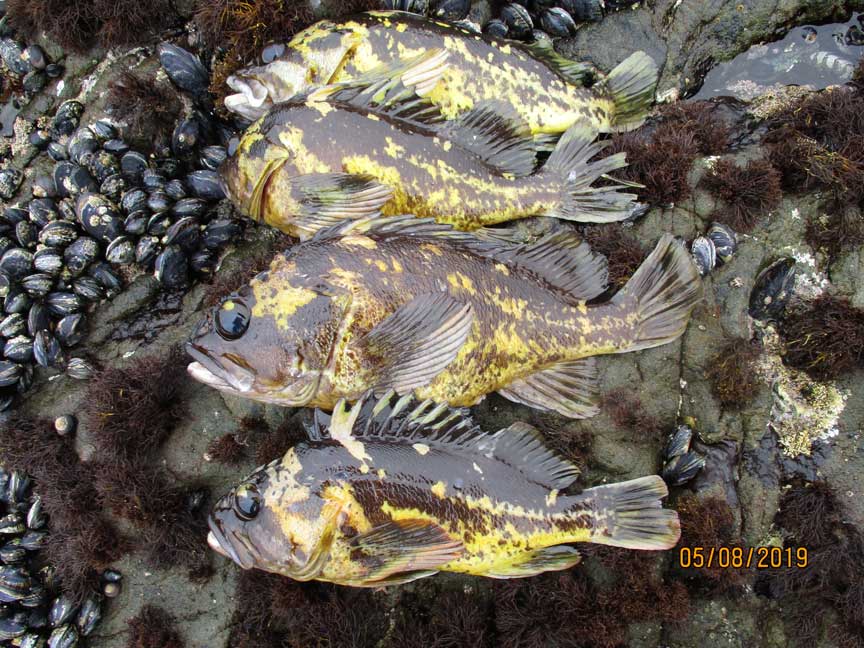 After the water chased me off my rock, I tried two other spots and caught nothing. The wind and water picked up and the conditions became unfishable.

Conditions stayed unfishable plus a few “honey do’s” so I didn’t get back out for a couple of weeks. Conditions were still nearly unfishable and I have nothing to report for those trips.

June 3: Finally, some decent water and weather! High tide was right at noon at 3.7ft. One thing I have noticed when I fish is that I get most of my bites on the first cast. I don’t always bring the fish in, but I often get a bite. Maybe my cast sounded a warning alarm. That’s what happened on this trip. I fished three spots within hiking distance and I caught three fish on the first cast at each spot. I caught the first two early and the last after noon. All fish were caught on frozen squid. The rockies, casting out far and the cab in closer. 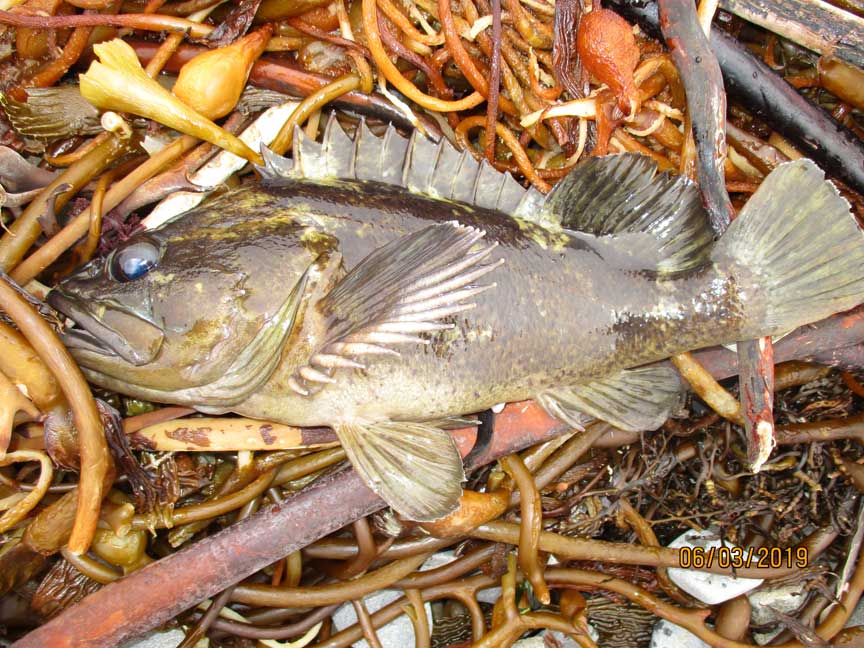 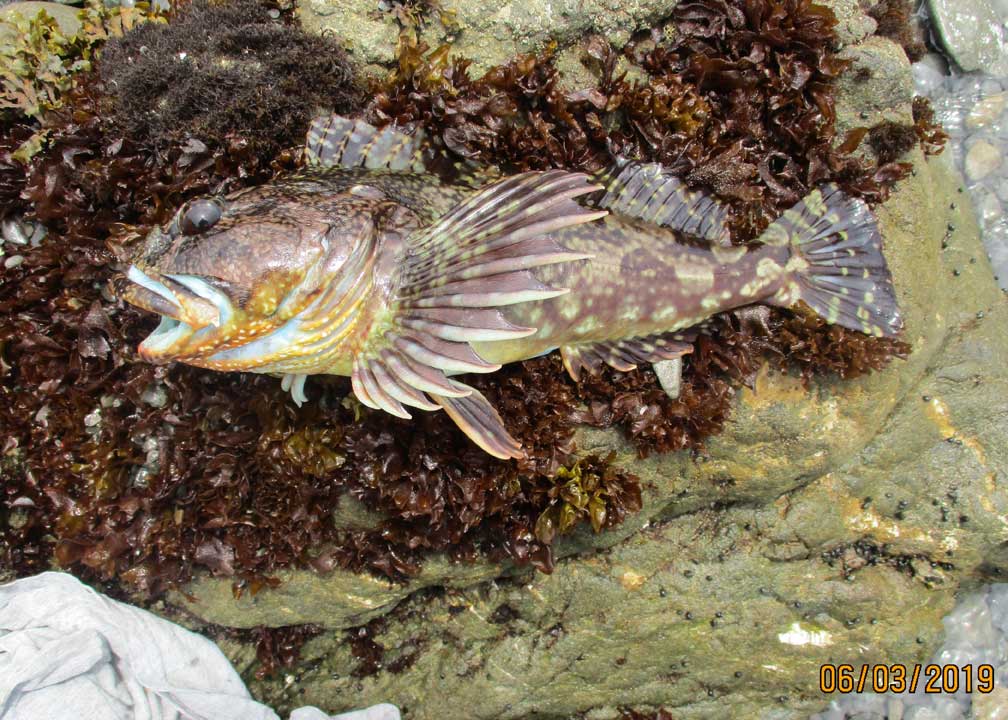 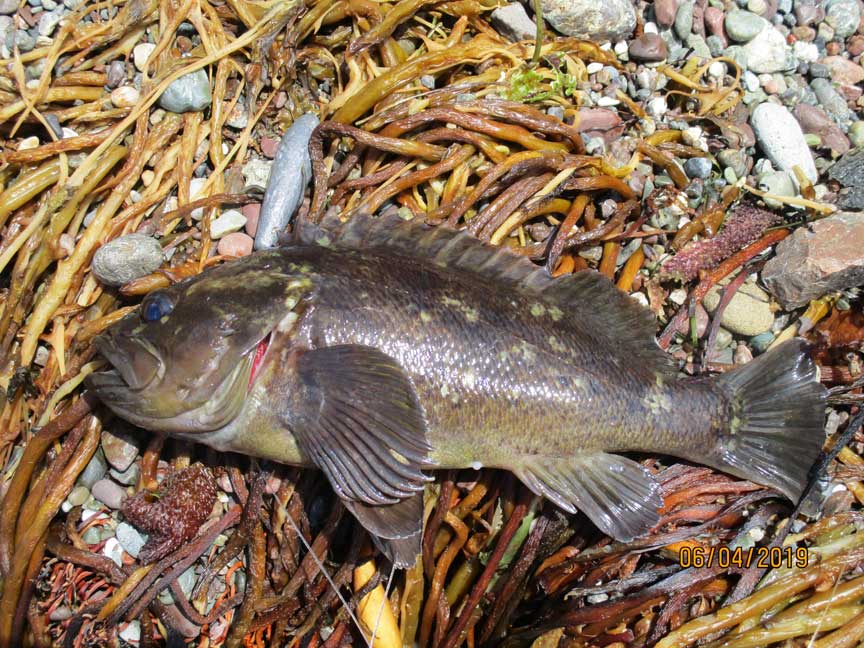 (note: wrong date. My camera was not set correctly and changed date at noon)

This was a very satisfying trip after a long time being land-locked.

Some of the fish became a fish po’ boy. When in doubt this is always an easy prep and always tastes good. 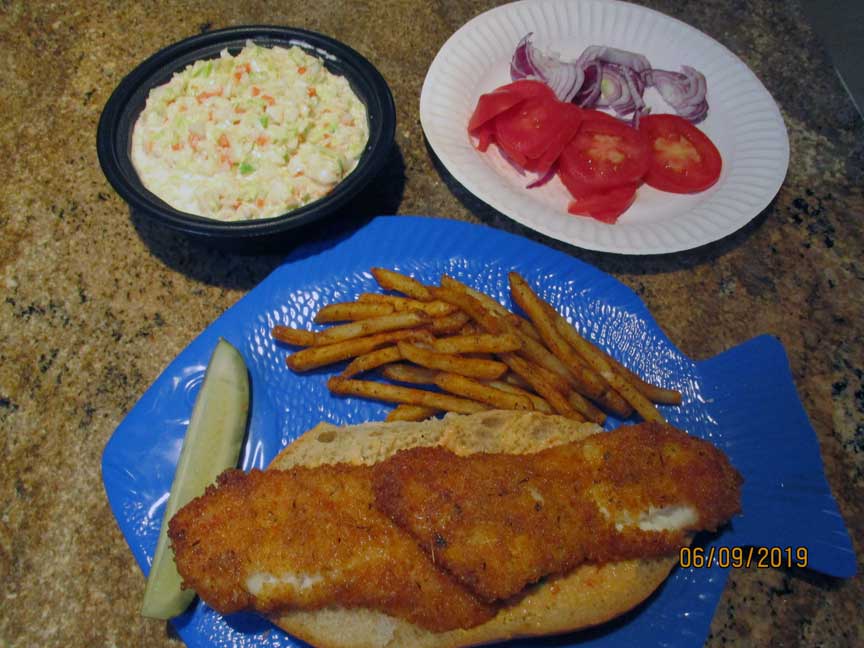