Central Coast Rocks and Reefs May 15 and 28

#1
It’s been a waiting game to get out fishing this month because of the weather, wind and the waves. Finally got some decent conditions on May 15,

The tide was high when I started fishing at one of my high tide spots. After a few casts, I got a good bite which turned out to be a nice sized cab. It was caught on frozen squid and casting out far. 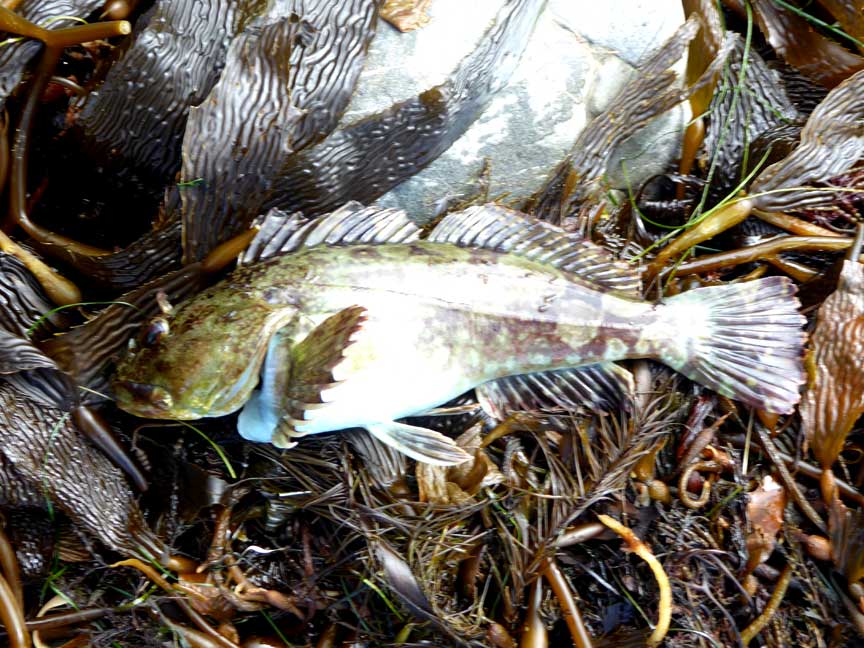 I fished a couple more hours at this spot for nothing and finally moved to a low tide spot. I was able to cast up against a rock without getting snagged and caught fish #2, another legal cab also caught on frozen squid. 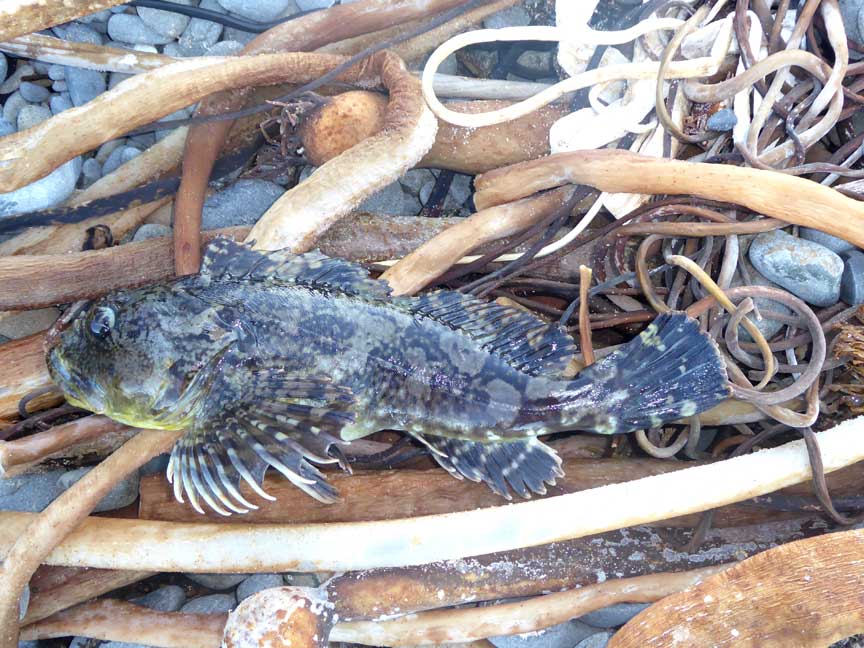 I put both of these fish in a bucket of water and bled them right after catching. I find that this will lighten the flesh and the fish will last longer before having to be cooked. I also put my fish in an ice chest when moving from spot to spot or going home. I don’t like to freeze my fish. Only keep what we can eat in a week. Sometimes it’s little fish tacos and sometimes a nice fish steak. Some of the cabs became fish cakes. Labor intensive, but worth it. 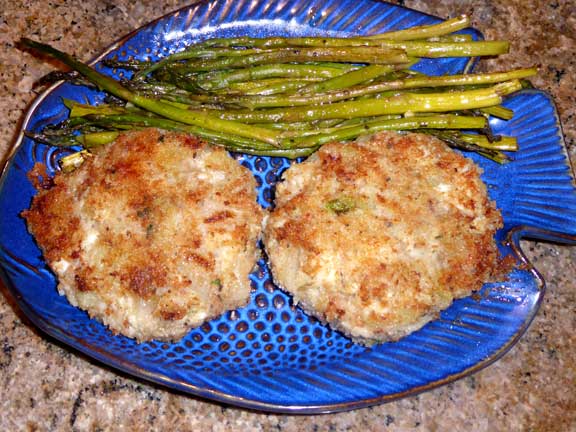 Needless to say, I wasn’t out there at high tide - just dreaming about fishing.
I started fishing at a deeper spot. First spot, first cast, first fish - nice grassie. Really happy about this fish as grassies have been hard to find and they are my favorite eating fish. 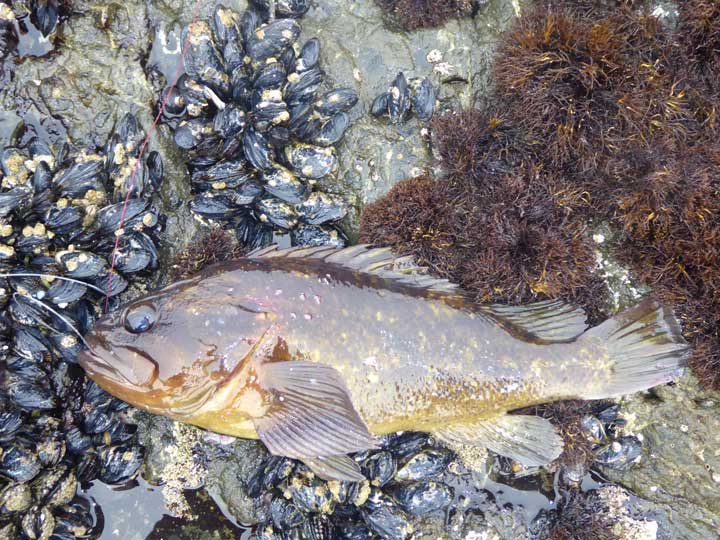 Then back to the waiting game. Cast to left, cast to the right, then right in front of me. The water was getting really low, but fortunately I got a strange bite. I hooked him, worked him in through the rocks and kelp and was surprised to find a just legal ling cod. Alway a surprise and a treat to catch a ling from shore around here. 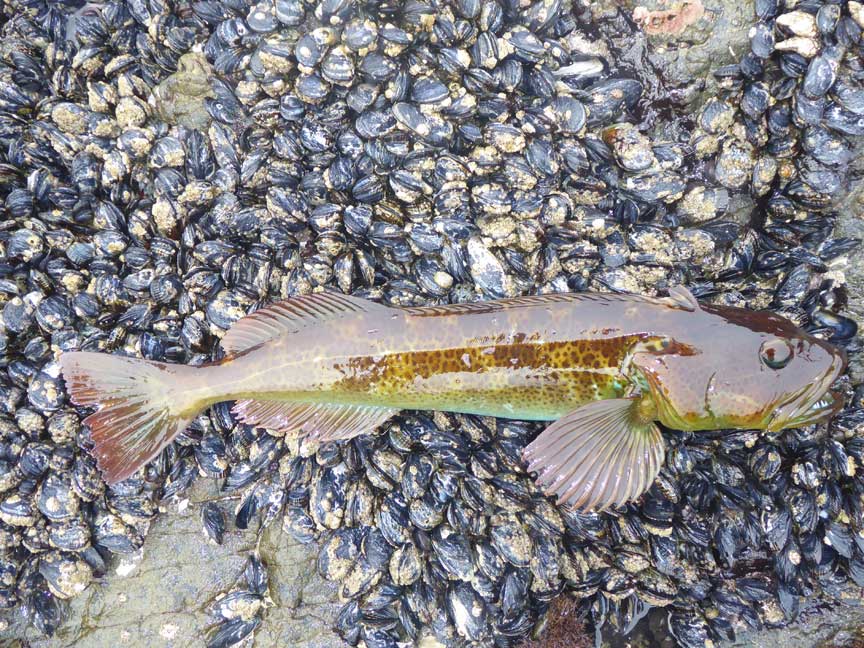 Both fish were caught on frozen squid and casting out far. I must have a rabbit’s foot in my pocket lately as on these last two trips, I only had four bites, but caught four nice fish.

So here’s what became of the grassie. Panko coated then sauteed in olive oil. Finished with a simple citrus sauce poured over the top. Served with a rice with sauteed vegs. 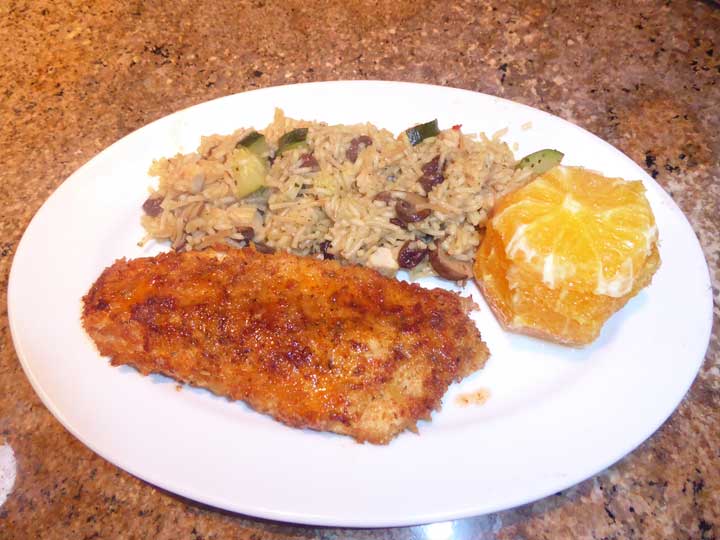