I won’t even mention high tide because I will only be fishing this spot at low tide.
I’ve never caught anything here even at half tide. You get washed off the rocks at any other time. And there are no holes that will hold fish at high tide. I haven’t fished this spot for awhile so I was expecting the fish to be there and hungry. The spot requires waders and wading boots, so you have to be very careful getting out there on the slippery rocks, especially in the morning when it is really wet.

Besides the tide, the other important thing in this spot is that the water must be calm or it is just not safe. The fish seem to stay out in the deeper water when it is rough - of course, they do that everywhere. Sometimes all this prep is worth it and sometimes not, But that’s fishing, right? Speaking of fishing....

I brought two kinds of bait, some fresh smelt and frozen squid. I am an old school bait fisherman, I don’t use any plastics or artificials. I used an 11ft Okuma rod with a conventional reel - old school. First bite of the day was a decent black and yellow. They don’t get very big but they make good fish tacos. 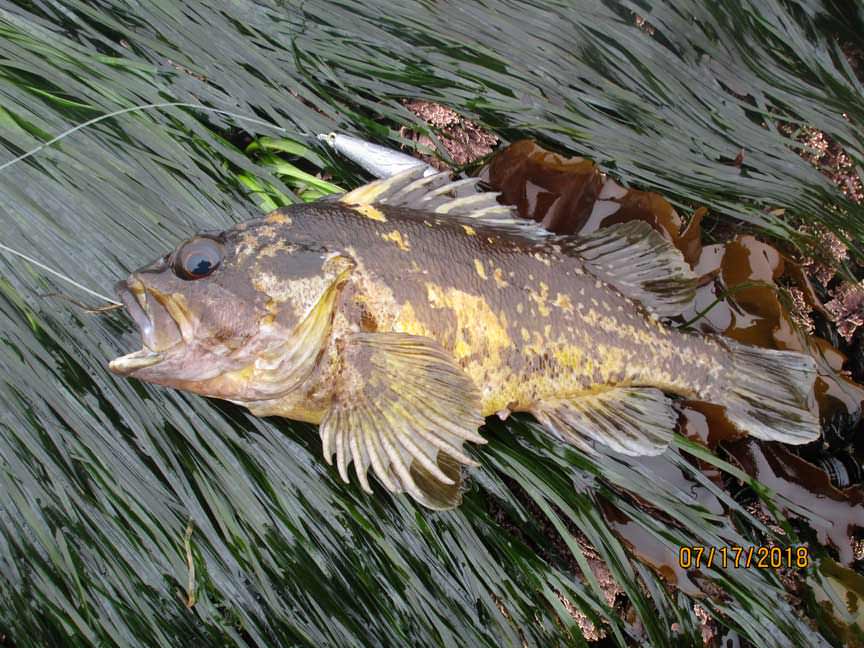 I fished about another hour and finally got another bite. Bite? No, it was a hit and run. The kind of bite you day dream about and end up missing. I set the hook and carefully worked him in between the kelp and rocks, having to use the water several times to get him loose. It was this guy..... 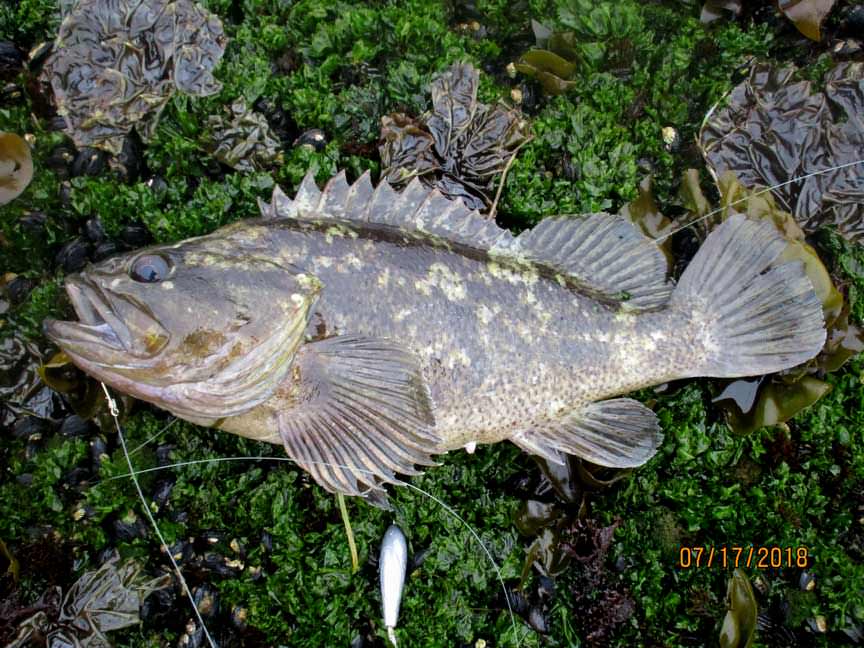 I cast back out and got another good hit and run. Once again, carefully worked him in through the kelp and rocks not pulling too hard to pull the hook out of his mouth. Lightening had struck again... 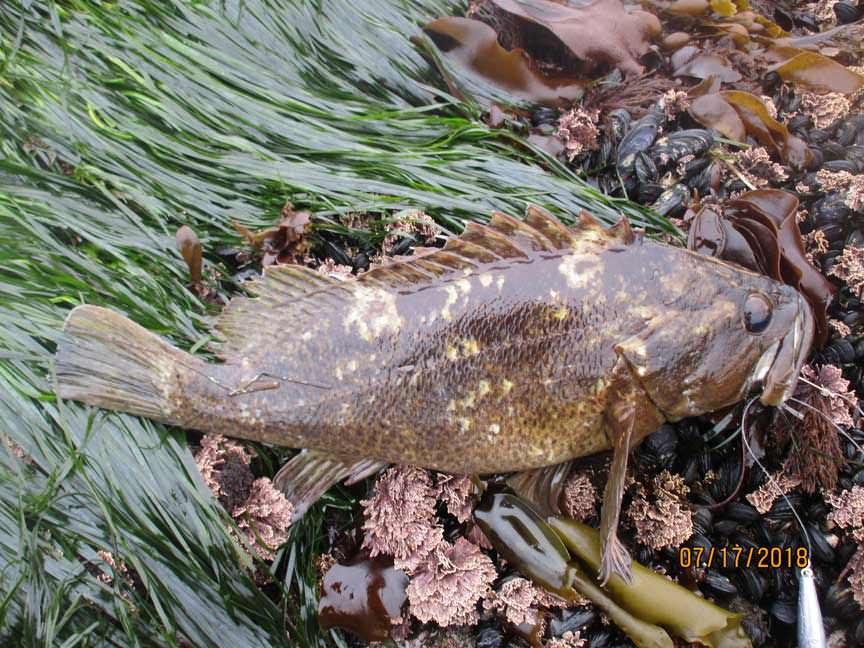 This time a 17” grass rockfish. This guy was too big, I try to stay below 16” and I had plenty of fish, so I did the noble thing and released him. Unfortunately, I tried to get a picture of the release, but he was in hurry to get back in the water and was faster than I was taking the picture.

All three fish were caught on fresh smelt casting out far. I didn’t want to catch another big rockfish, so I decided to change to squid and fish in closer. Just before I was going to get washed off the rocks, I got another good hit. This time it was a 16” cabezon. Just the right size for some cab and chips. 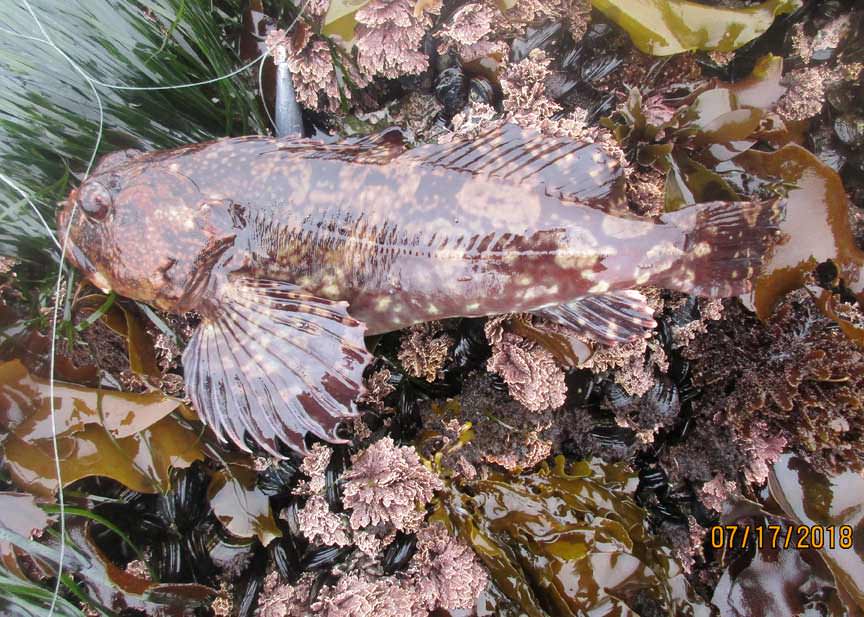 I knew the tide was in more than I thought, so it was time to escape before I had to swim back in even with my waders and boots. It was one of those days you hope for on the Central Coast: the water was calm, the wind was calm and the fish were biting, and I was happy.

Another beautiful day on the Central Coast.

#3
Very nice - all that planning sure paid off.
P

#4
Always a pleasure to read your reports.
C

#6
Wow those grassies are huge!
S

#8
FD, good to see your veteran exploits in this new format. Good fishing, as always.