#1
High tide was at 4:15 AM at 4.2ft
Low tide was at 11 AM at -0.1ft
It was a nice day for a change. Light wind and a calm sea.
I started fishing around daybreak. Planned to fish the deeper spots early and in the early afternoon, I would move to a reef that I knew I could only reach at a minus low tide. I always have a plan before I go fishing, but that doesn’t mean I have to stick to it. Sometimes the first cast will change your mind.

But the first cast didn’t change my mind. I caught a decent black and yellow. Not very big, but they don’t get very big fishing from shore. Mrs. Kittyfish’s favorite eating rockfish. I fished at the same spot for a couple more hours and caught two more black and yellows. They were all caught casting out as far as I could throw. All were caught using fresh smelt for bait. 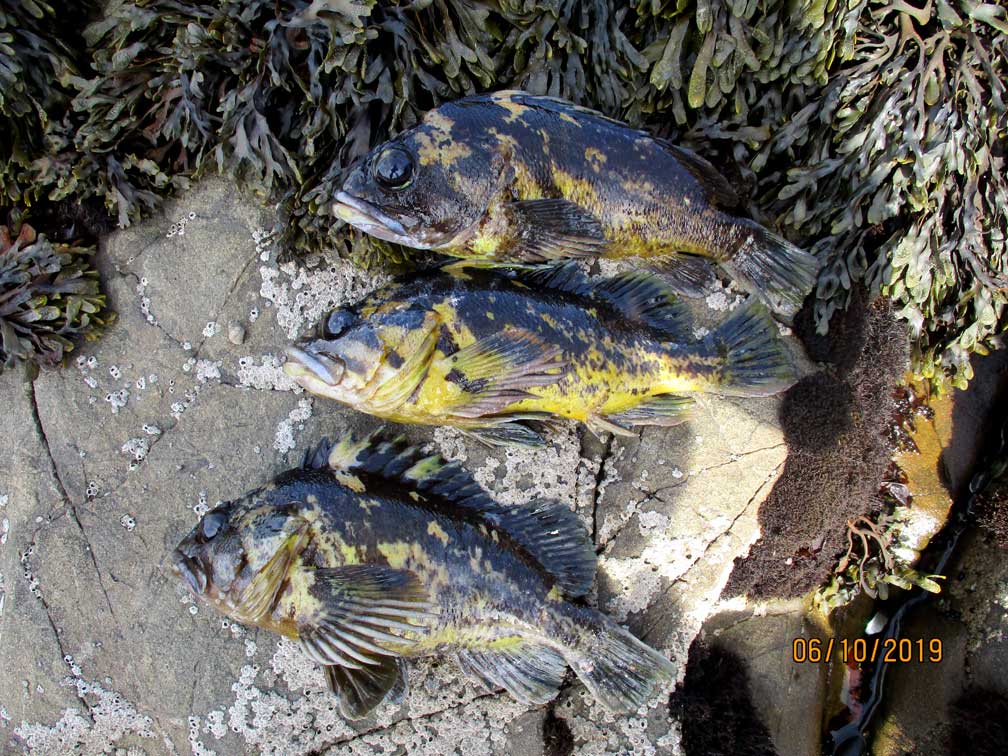 I moved down the beach a bit and made a couple of casts for nothing. So I changed bait and used a piece of squid. After the change, I got bit on the first cast. This one turned out to be a legal 16” cabezon. 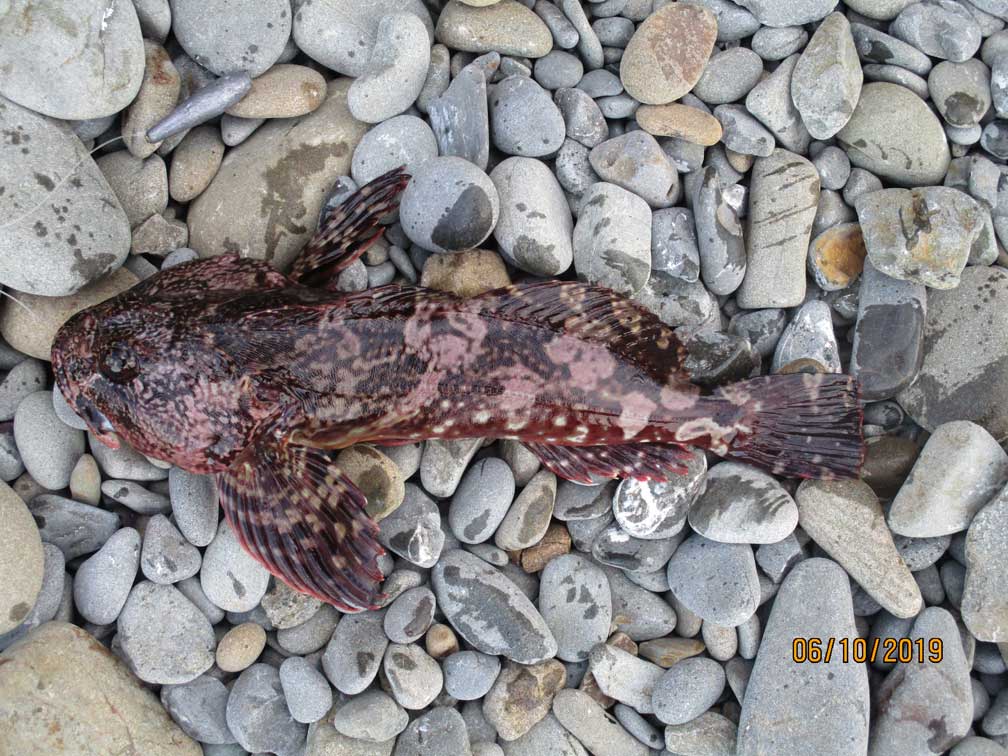 I always bring a second bait with me (usually squid). Cabs seem to prefer the squid. I fished the spot for another hour or so for no more bites on either bait. I hiked back to the car and was deciding whether to fish anymore because I had enough fish for two meals. But the water was still calm, I had sinkers and bait and I was still breathing so there was no reason not to fish anymore.

I drove a little further to another spot. Hiked down and the water was low enough and calm enough to climb out on the reef. I’ve only caught grass rockfish at this spot - but that is what I am after. First cast, snagged and broken line. Second cast, I had a good hit and run that I just didn’t hook. That had me talking to myself for about an hour until I got another bite. This was another hit and run but this time I hooked him. After carefully working the fish through the rocks and kelp, I got a 25” ling cod up to a safe spot. 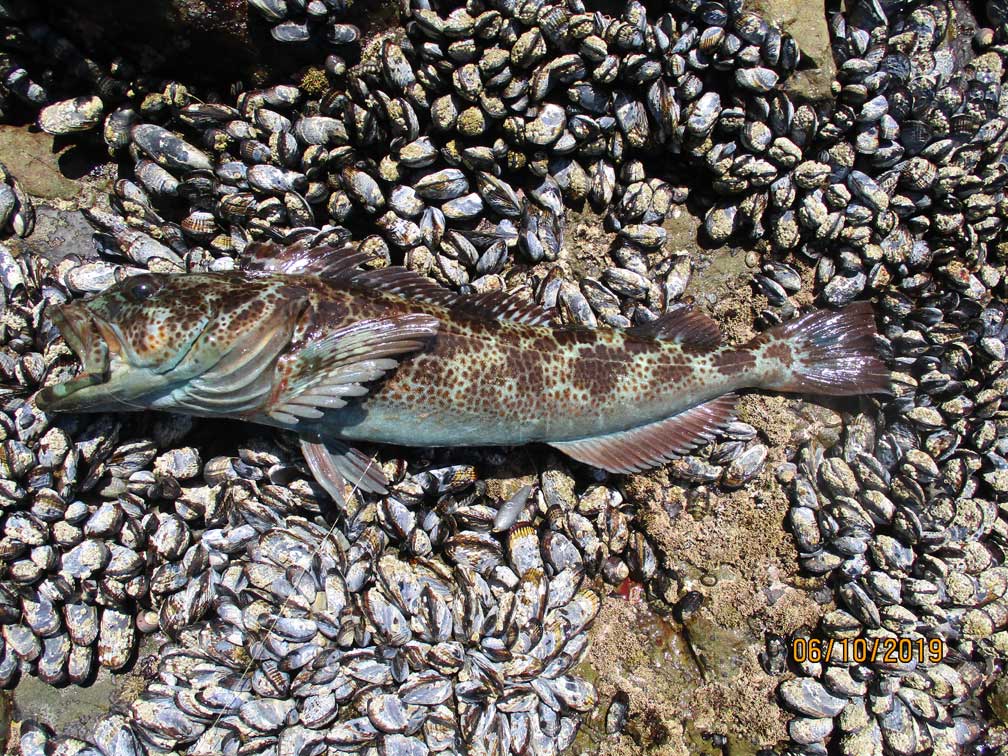 Haven’t seen one of these guys for awhile. Always fun to catch something different than what you are expecting. Had plenty of fish so headed back home.

One of the ways we like lingcod is good old fashioned fish and chips. Expertly prepared by the Dutchman in Morro Bay. 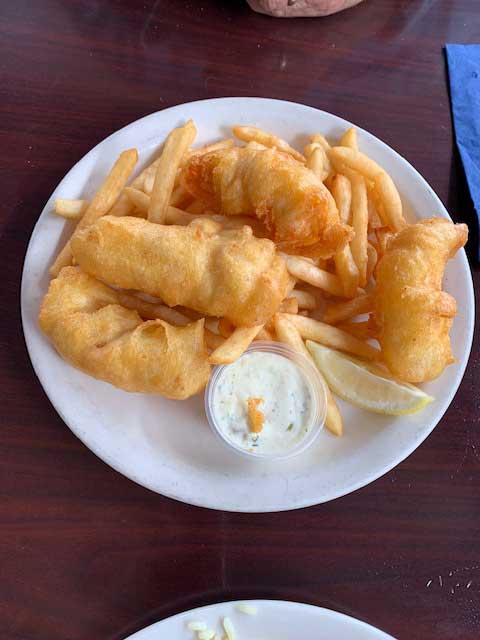 I pan seared the back sections of the ling and added an orange marmelade glaze and put it on top of a salad. 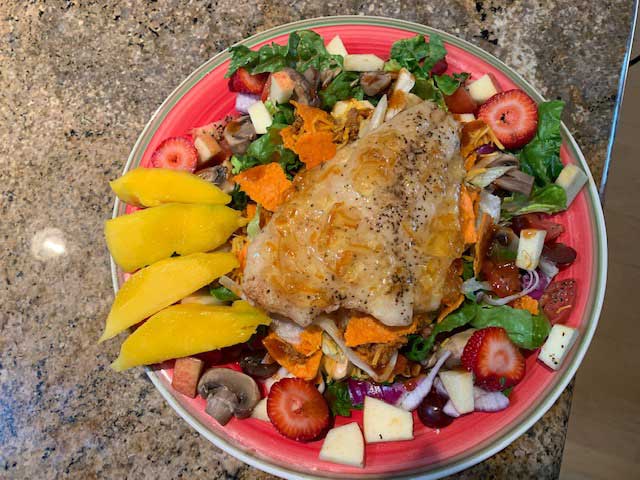 A beautiful day and another fish story on the Central Coast.