#1
6/25: High tide was at 5:30 AM and 3.2ft
Low tide was at 11:30 AM at 1.4ft. Not much tidal movement.
I’m not one who lives and dies by tide charts, but I do have spots that produce better at either high or low. So I headed out to a high tide spot at daybreak.
On the first cast, I got a good hit and run and after sticking me in the kelp a couple of times, I brought in a nice 16 “ grass rockfish. I was lucky as he was barely hooked. Once again, as soon as you can get your fish in, take it to a safe spot. That fish is mad and wants to get back in the water. Good size grassies have been hard to come by and I didn’t want to lose this one. I was really happy with the first cast of the day.

And what usually happens after a great first cast of the day? Nothing! So after awhile I headed down to some other rocks hoping for another fish. It took awhile but I finally got bite number two. This one was another 16” grass rockfish. 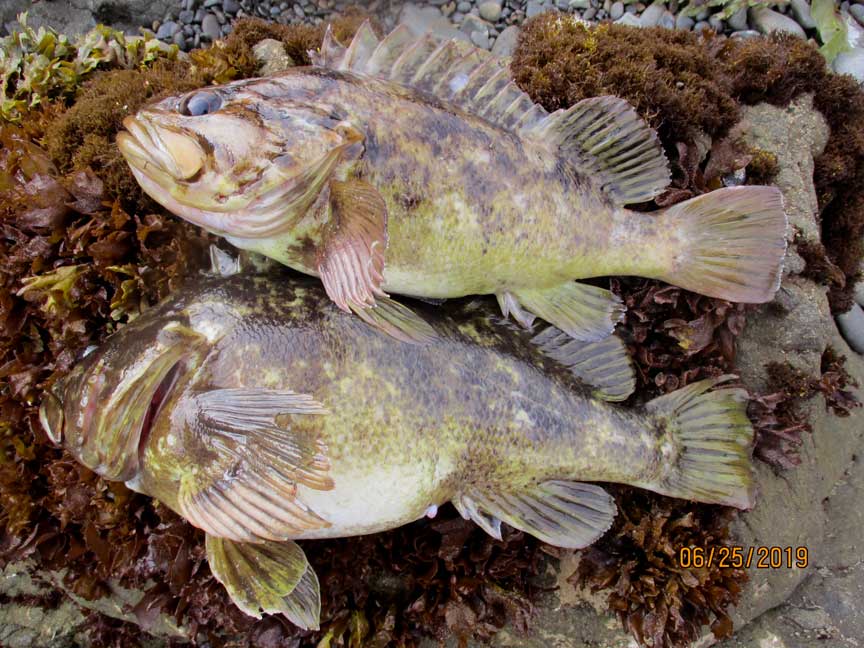 Made some fish po’ boys with the filets and enjoyed them with some summer fruit. 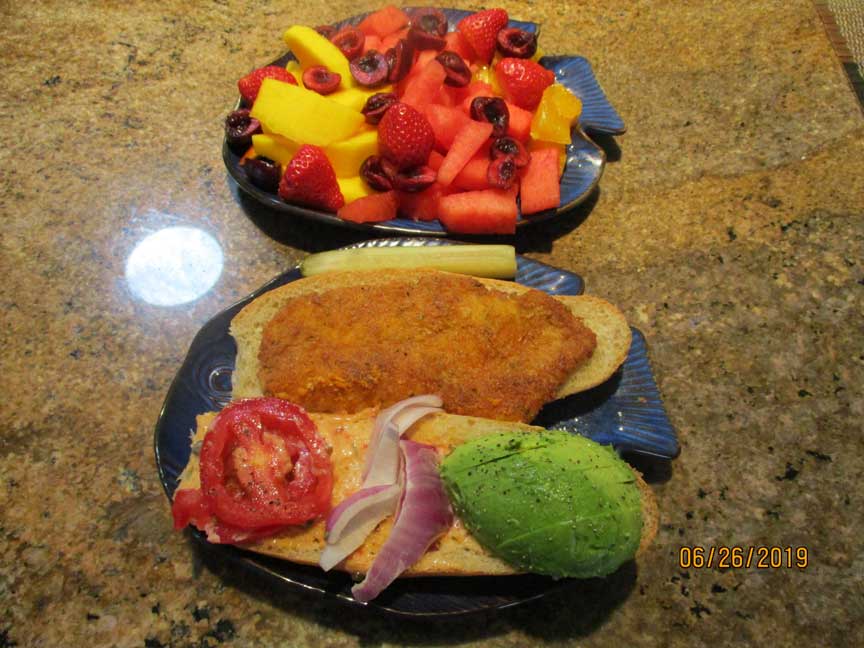 7/8 - 7/11 Camping trip
Spent a few days camping. After tense negotiations with Mrs. Kittyfish, I was allowed to bring my fishing gear. But, I was only allowed to fish until lunch time each day (of course the tides were not good in the afternoon). Ending up catching one or two fish each day. Enough. Got my fishing fix, plus some fish to bring home. All grass rockfish, which is what I am aiming for every time I cast out. 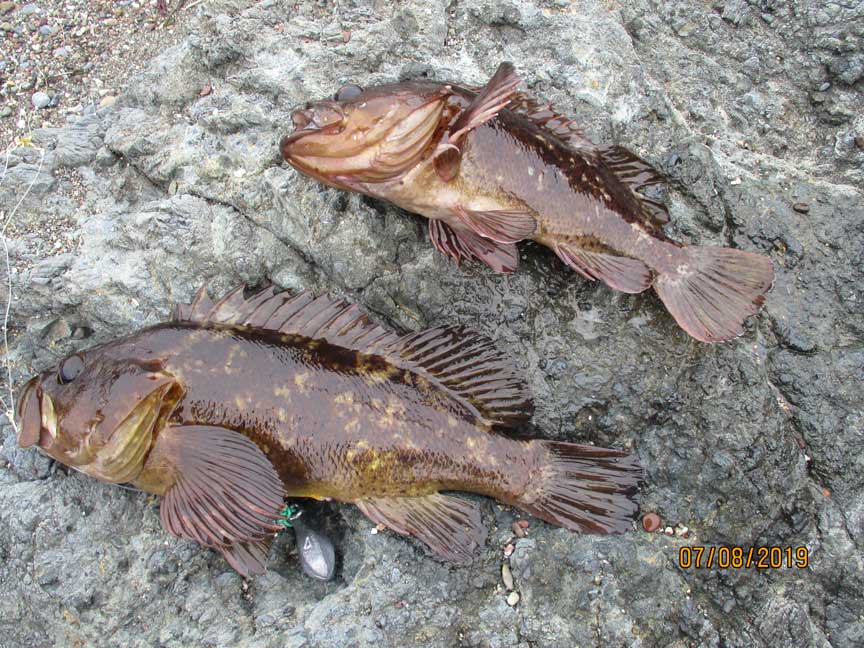 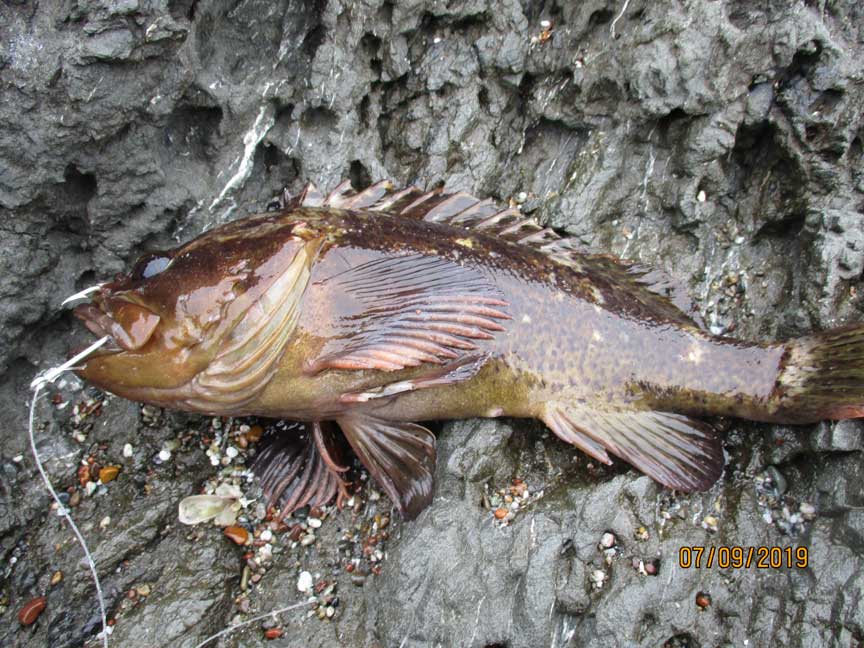 7/10 This fish stuck me in the rocks four different times before I got him in. The fish had a slash down the side, but wasn’t bleeding, so probably had been attacked previously. 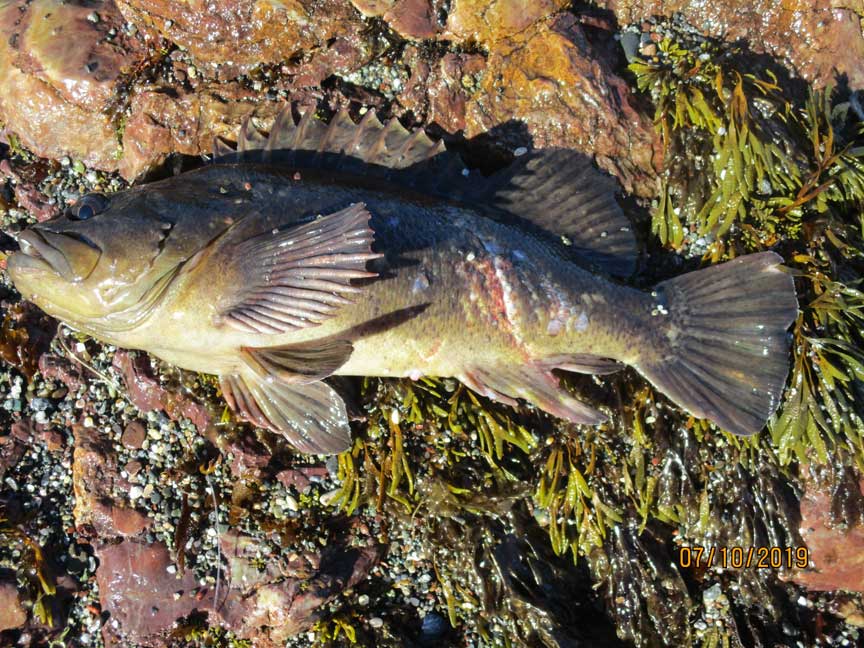 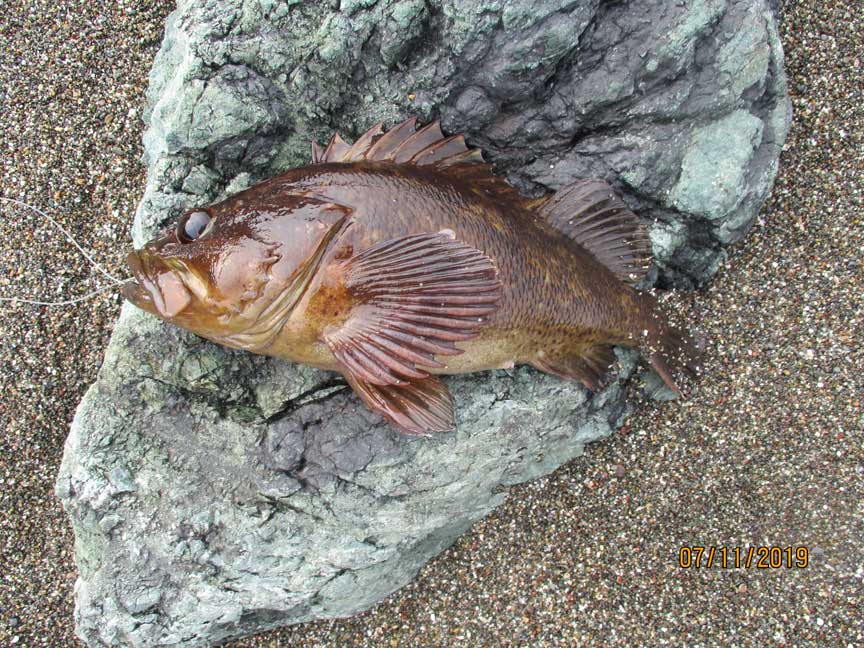 Always nice to do some fishing in a different area for a change.
B

#3
Hey Frozendog,
Your central coast photos and reports were always some of my favorites. I'm so glad to see that you're still at it (and still slaying those fish)!