#1
4/18:
High tide was at 10 AM at 4.9ft
Low tide was at 4 PM at 0.1ft
I had a shallow spot where I haven’t fished for awhile in mind for the morning. I save this spot for bad weather as it is usually more fishable when the water is rougher.
As usual, fishing was slow but I did manage two grass rockfish. Both were caught on frozen smelt. 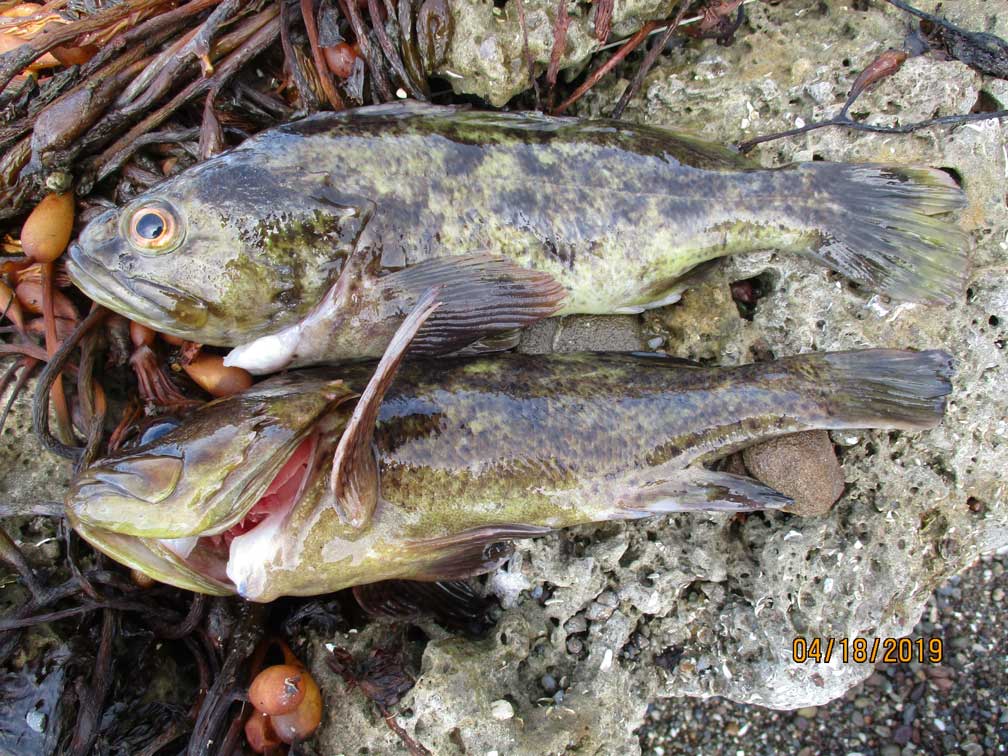 By now, the tide was going out and I was headed for spot #2. This was also a shallow spot so I wanted to get there by high tide at the latest. Once again, I fished for a couple of hours and caught two legal cabs this time. Both were caught on squid. Nobody was interested in my smelt. One fish was caught casting out far and the second one, about half-way out. 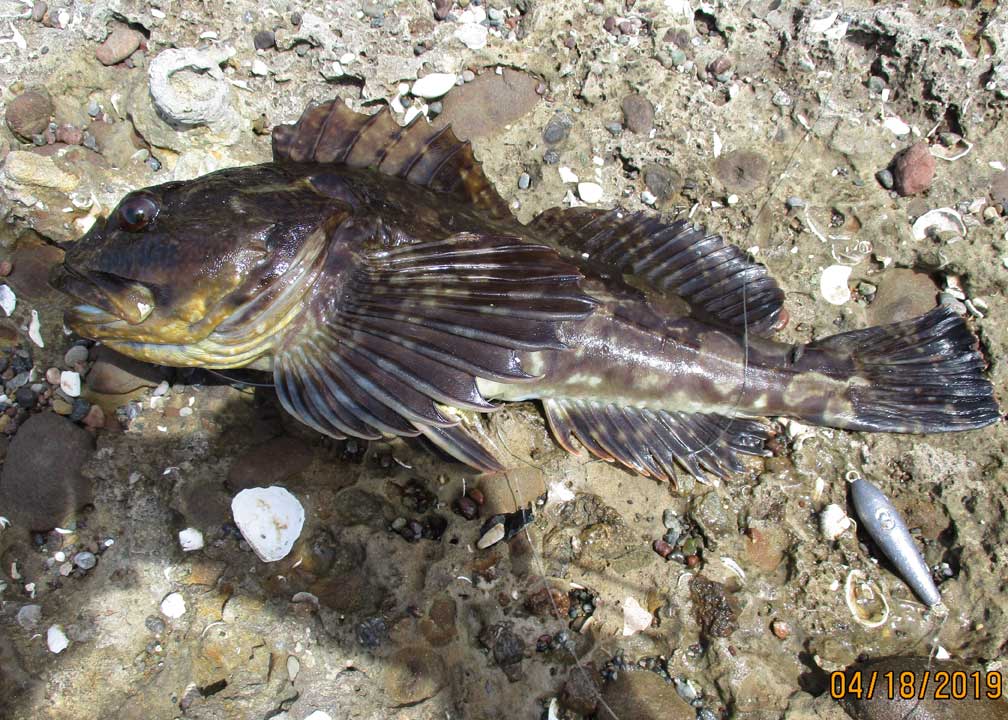 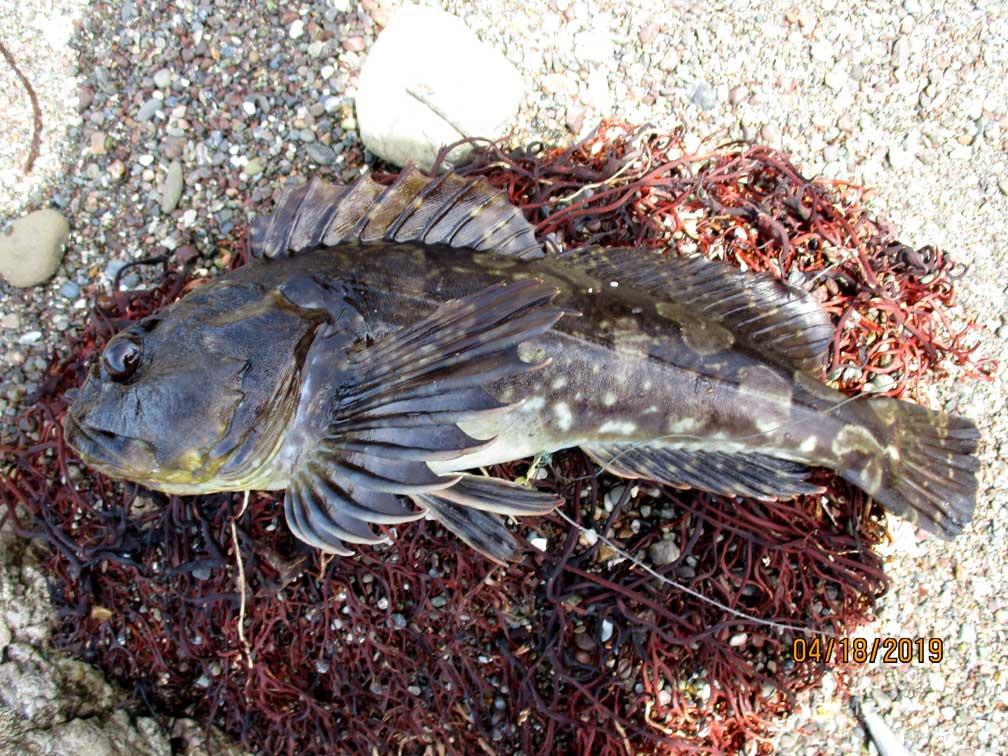 I had plenty of fish by then and the usual afternoon wind was really blowing, so I called it a day.

This is what became of some of the cab - Mexican fish with no chips. We like our cabs deep fried and since we don’t like to deep fry at home, we take the filets to a friendly Mexican restaurant that will cook them up for us (for a fair price). 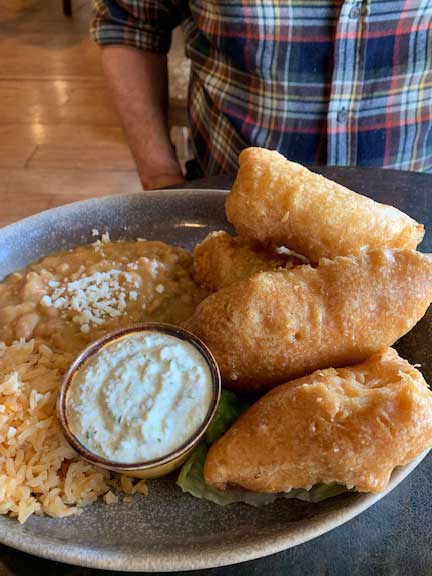 4/27:
Tides just the opposite of last week.
Low tide was at 10:30 AM at 0ft.
High tide was late PM and I don’t want to be out that long.
I started fishing at a deeper spot this morning. I should call this the “V” spot for Variety. I fished just one area but caught a grass rockfish, a legal cab, a red rock crab and a greenling that I only catch once or twice a year. The cab was caught on squid and the others on smelt. 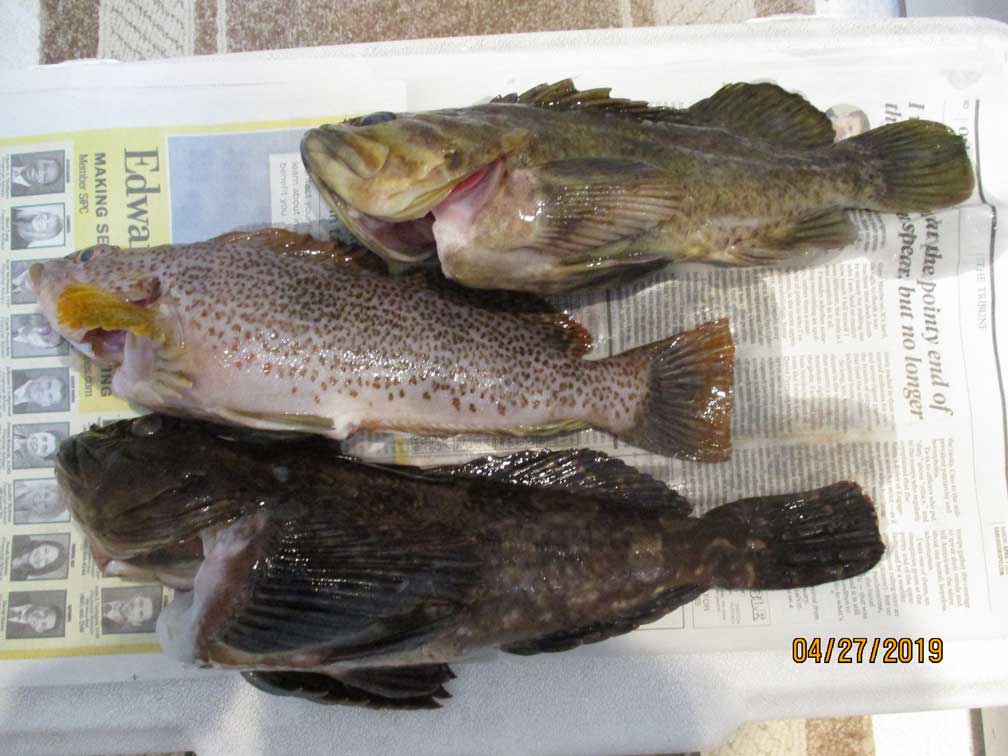 One dinner was sauted fish in an orange sauce with some rice and fruit. I cooked for a change. 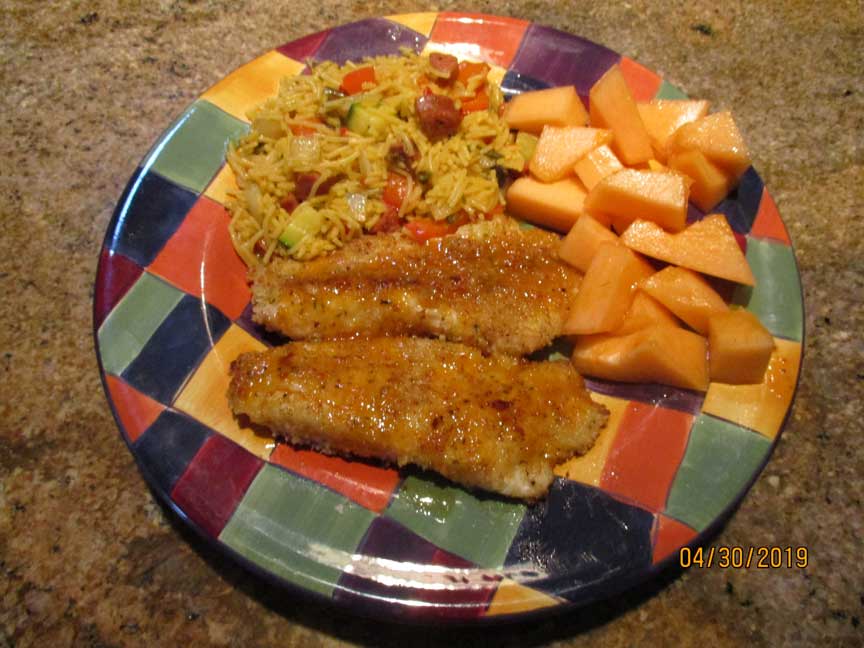 5/1:
Got a break in the weather so I got in another trip. It was unusual fishing. At the first spot, I didn’t catch anything - that’s not unusual. But spot number 2 was - I made 5 casts and I caught 5 cabezon. But none of them were legal, 12-14 inches and fortunately, they were all lip hooked, so back they went. All of them were caught on squid. Finally, I must have done it right, casting up against a rock and got a good hit and run that I thought was a grass rockfish. But it turned out to be another cab, but this one was legal, 18 inches. Also caught on squid. 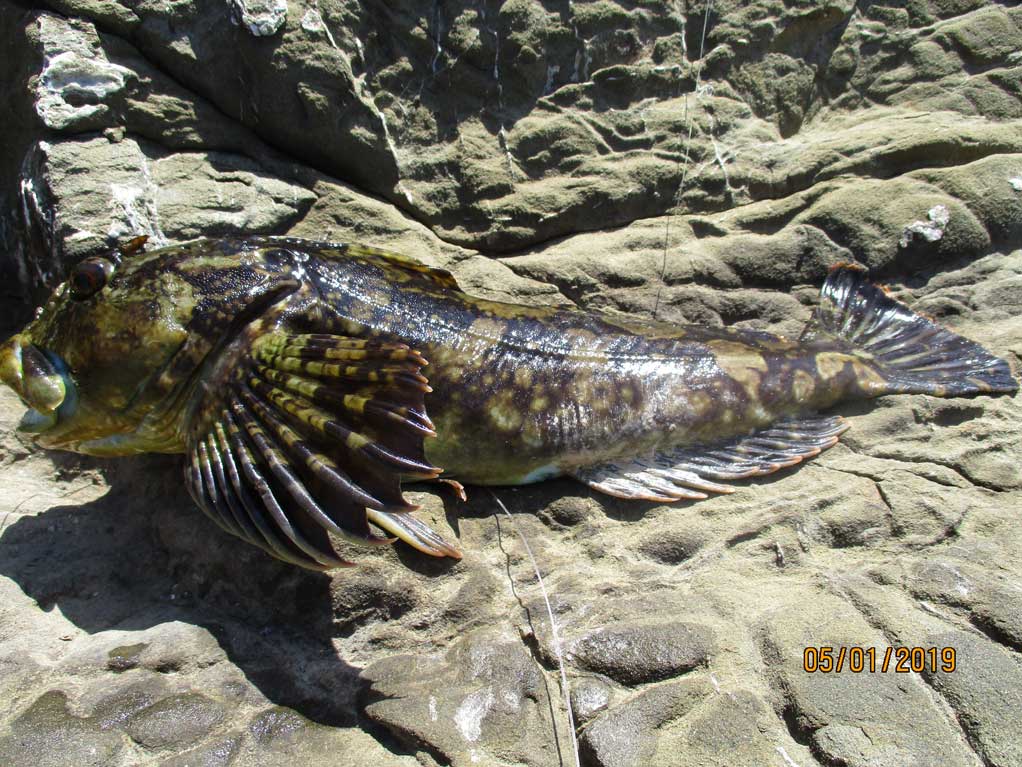 Then it started to rain, so I took my fish and headed home.

Rough Spring fishing - lots of wind and rough water and even some rain this year.
P