#1
It’s been a while since I returned to pierfishing. I had a few High Sierra trips then I got mired down on work and life. This Sunday I had enough and booked myself a ferry ride from Long Beach to Avalon. Thinking bonitos.

Arrived at the mole around 7 and started to fish for bonitos with five or so Filipinos anglers next to me. It was mostly sunny. Starting at low tide then up tide to 1pm. Not much wind. Water looked fishy. I used my usual metal jig shorejigging setup to fish the distance and the column. My neighbors were trying bobbers and sabikis. 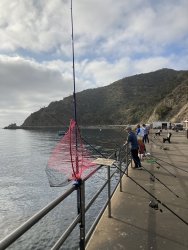 Well, no bonitas, despite water was thick with anchovy’s. For the entire morning, I had one Spanish mackerel and a neighbor found a short barracuda on his floating rapala of about 5 inch. 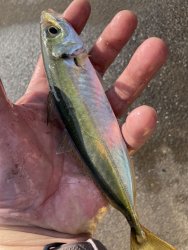 Neighbors changed their rigs to bait fishing with single dropper rig with squids or shrimp and finding some whitefish and short sheephead. I tried a sabiki to see the baits. Below anchovy’s I found lots of top smelts. 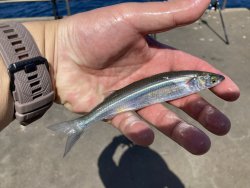 With it, I saw some usual faces of senoritas, short calicos and short sheepheads. 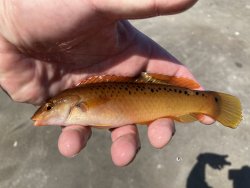 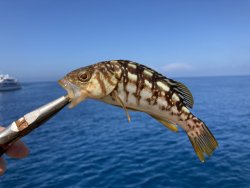 Mid day around high tides were very slow and hot. Neighbor cooked me a nice bowl of ramen noodles which I happily took and enjoy it.

After million cast&jigging, I finally received a hit on a short blue-pink jig. It felt heavy on my rod so I was hoping it was my target fish finally. And this came up. My first artificial caught keeper sheephead: 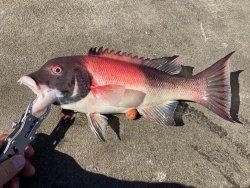 We kept going for next hours for nothing to show. Finally some boils started around 5pm. They were barracudas and calicos. I found a few short barracudas and one keeper at 28”. Million calicos as well with this 17”. 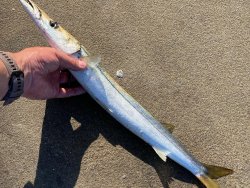 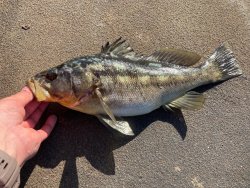 So no bonitos but a nice variety of 6 species with some fun actions toward the end of the day. I’d call it a good fishing day! - FN reporting.

#2
Nice variety, glad you got out there. always good to meet people willing to feed ya'!

#3
moonshine said:
Nice variety, glad you got out there. always good to meet people willing to feed ya'!
Click to expand...
Thank you Moonshine san. They "tricked" regular woodlennoodle into a nice filippino fish noodle, which was so good!
M

#5
MisterT said:
Sounds like a good time away from the work / life. Looks like a good trip to me.
Click to expand...
Yes! For me, it is always worth the effort and $$ to get there.
M

I will be there this Thursday for an all-night fishing trip.