Late One from the Central Coast September 1

#1
I’m way behind in reports. Someday, maybe, I’ll catch up.

Low tide was at 4:50AM at -02 ft.
High tide was at 11:15 at 4.5ft.
Started fishing about daybreak. I like to get out early because I know that the wind is going to blow every afternoon. With the minus tide, I was able to get out further on the rocks than I usually do.

There’s a spot that I haven’t fished for awhile where the fish bite at low tide. So I thought I’d try it. I don’t fish there much anymore as it is getting very hard to get down to the water from the rocks. But the water was calm and conditions were good, so I made the effort.

I caught three fish. The first two were caught at about half tide - a grassie and a black and yellow. I was using squid and casting out far. The best fish of the day was caught casting in close, near a rock. This one was a 15” grass rockfish. You would think it would be just the opposite, with the bigger fish caught out far. But that’s why you cast everywhere - out far, in close, right, left.... 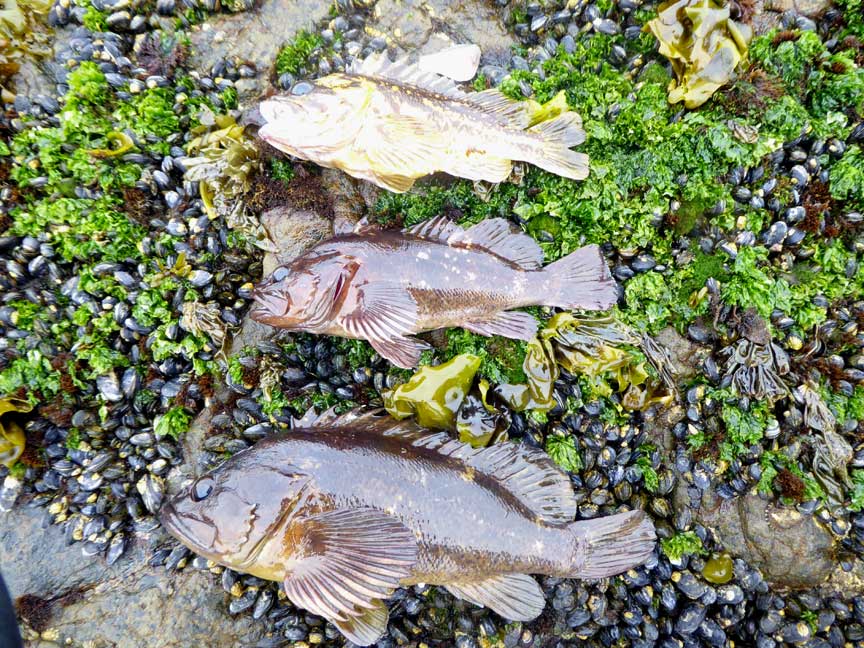 So I had enough fish for the day and I had to get myself ready to tackle going back up the cliff. But I made it. I need to go there more often before the rain comes and it will really be impassible.

One of our favorite dishes is just rockfish coated with bread crumbs and pan sauteed. I served it with some curried noodles. 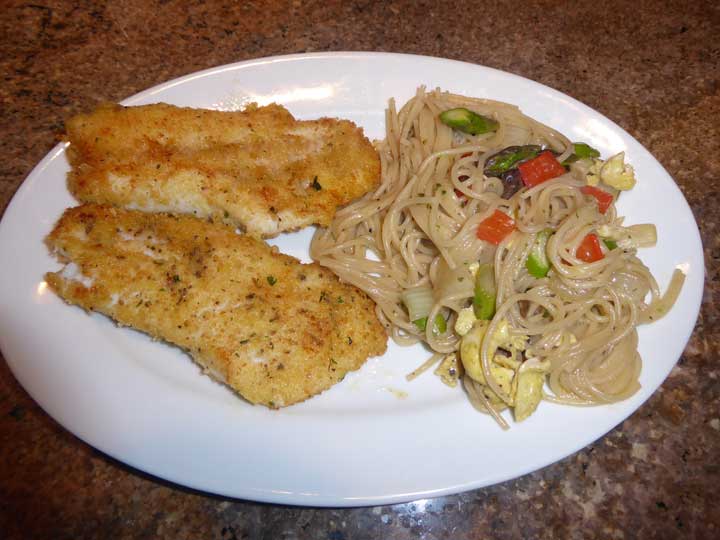 Another interesting day on the Central Coast

#3
Love your reports sometimes i wish i lived up north getting tired of the heat down south i used to love the the sun hot weather surfing and all but now can't take it and i do love eating those cabs and grassys
You must log in or register to reply here.
Share: Facebook Twitter Google+ Reddit Pinterest Tumblr WhatsApp Email Link